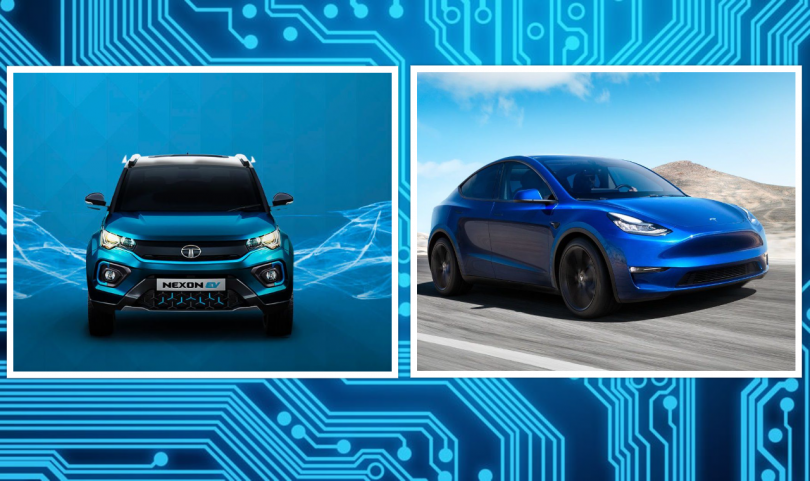 Union Minister for Road Transport and Highways Nitin Gadkari confirmed last month that California-based electric vehicle company Tesla Inc will set up shop in the Indian market this year. Now it is being reported that Tesla could use Tata Motors’ facilities for the production of Tesla vehicle in the Indian market. It is also being rumoured that Tesla has already audited the sites and is about to sign an MoU with the Indian car major.

Tata Motors’ shares on Monday also rose 13% which was a 52-week high amidst heavy volume trade. But it is being reported that the rise in shares was not because of the Tata-Tesla rumour but due to the better than expected sales in both Tata and Jaguar Land Rover portfolios. Tata Motors shares on the NSE have risen by 12.64% and on the BSE by 11.11%. From the all-time low in March which was due to the COVID-19 pandemic. The shares have advanced almost 250% tripling investor wealth. Tesla Inc’s stock has also tripled in the past six months.

As of now, the rumour cannot be confirmed as both Tata or Tesla have not made any official statements about the manufacturing or use of Tata facilities in India. In the recent past, Tesla’s head honcho revealed that the company was open to merging with another car manufacturer, a move that could cut costs and prevent prices of the stocks from falling. This could also mean that the brand could partner with an Indian company to explore possibilities in the Indian market.

Maharashtra Cabinet Minister of Tourism and Environment along with the Minister for Industries & Mining was also reported to be in discussions with Elon Musk to make investments in the state of Maharashtra. Also, the Government of Karnataka has been reported to be in talks with the clean energy company to set up a research and innovation unit as well as an electric vehicle (EV) manufacturing unit in the city.