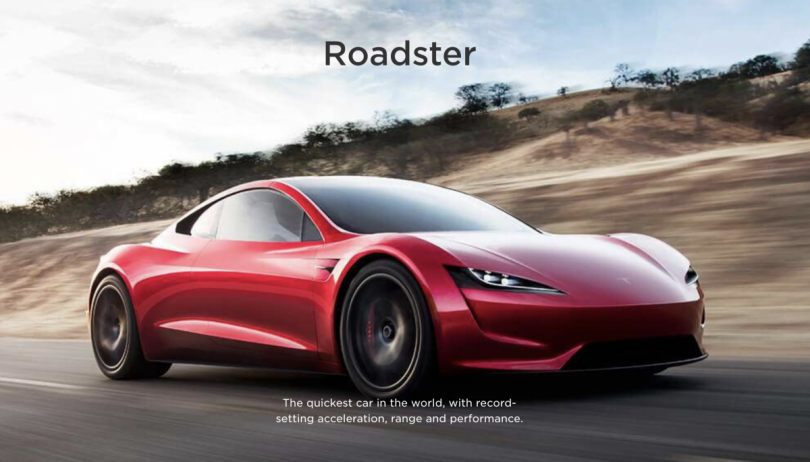 Renowned American EV manufacturer Tesla announced that the Tesla Roadster has been pushed back to 2023 alongside the Cybertruck. Founder and CEO Elon Musk confirmed the news at Tesla’s annual shareholder meeting due to issues in part supply. The 2nd generation Tesla Roadster, which debuted in 2017, was set to go under production in 2020. The pandemic and the delay in developing the firm’s new tri-motor powertrain and advanced battery technology caused the inevitable delay.

According to Tesla, the upcoming Cybertruck and Roadster are likely to reach volume production by the year 2023. The Roadster was due for a 2020 production date for European markets but later postponed until Tesla constructed its Berlin factory. The expected price for the first 1000 units of the Tesla Roadster, also known as the Founders Edition, is USD 250,000. The price of the units following the Founders Edition of the Tesla Roadster is likely to be around the USD 200,000 mark. Converting to Indian currency reveals INR 1.88 crore (pre-tax) for the Founders Edition and INR 1.51 crore (pre-tax) for the standard Roadster.

Tesla claims that the Roadster clocks a 0-100 kmph time of 1.9 sec in terms of performance. The Roadster sports 1000 Nm of torque which is similar to the current Tesla Model S Plaid. According to Tesla, the Roadster achieves 160 kmph in 4.2 seconds and a quarter-mile sprint time of 8.9 seconds. Tesla’s Roadster isn’t the first to suffer production delays, as the Model 3 encountered similar delays prior to its launch. The firm’s Semi lorry is also set to go under production in 2023, along with the Roadster and the Cybertruck.

Tesla’s Model Y electric crossover SUV has been spied testing on Indian roads without a camouflage. Tesla aims to bring the Model Y to India along with the Model 3 as both cars share significant components. 2020 saw the American Technology company set up a registered office in Bengaluru and announce its official entry in India. The company aims to introduce the Model 3 and Model Y as its first cars for India via the CBU route.