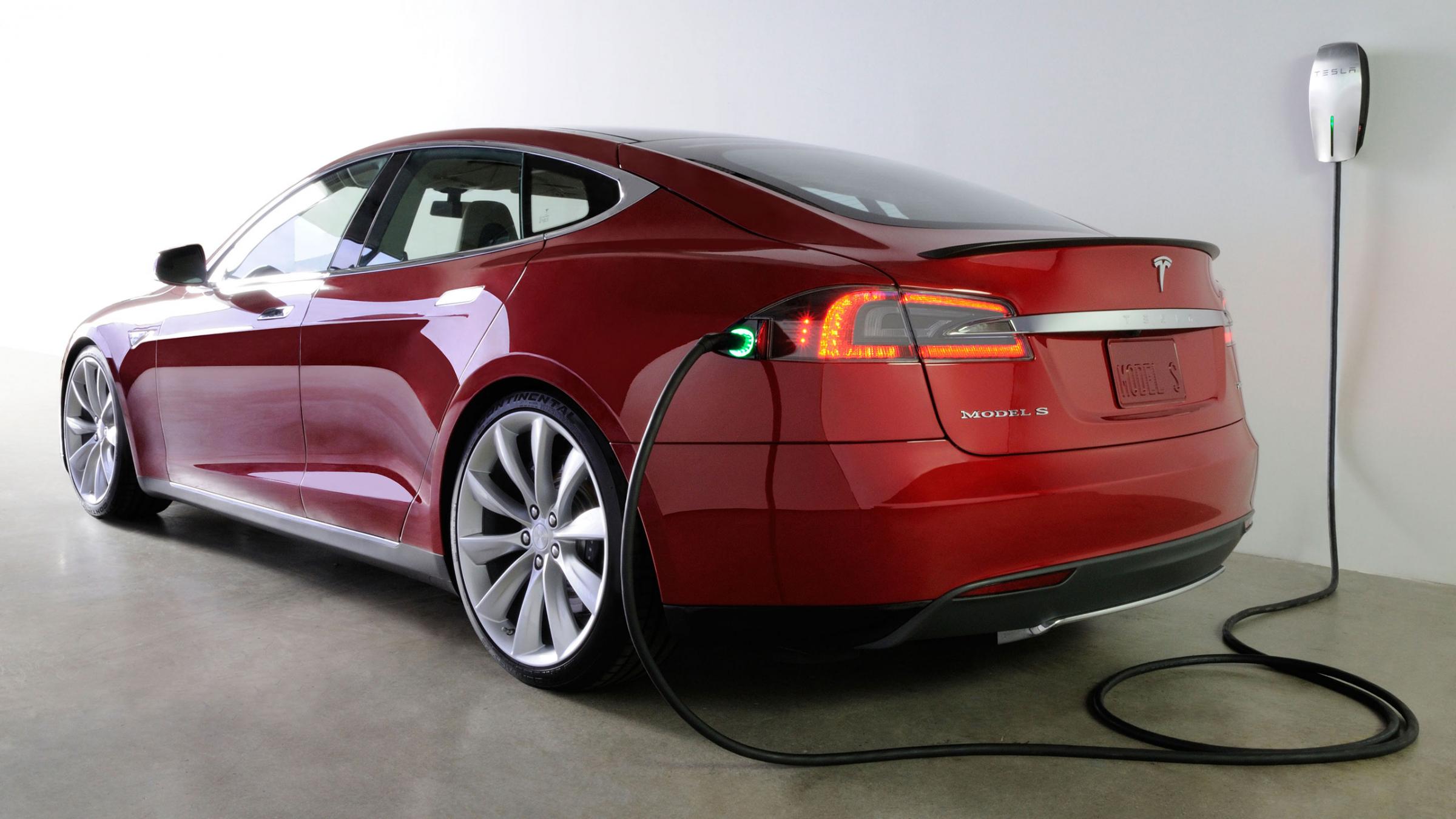 The new company was incorporated on 8th January 2021 and is registered in Bengaluru Karnataka. According to the documents filed at the Ministry of Corporate Affairs, the brand has been authorised for share capital of INR 15 lakh and a paid-up capital of INR 1 lakh. The company is currently unlisted but the company status for e-filing is active.

The document from the MCA (Ministry of State Affairs) also reveals that the Indian subsidiary currently has appointed three Directors – Vaibhav Taneja, Venkatrangam Sreeram and David Jon Feinstein. Vaibhav Taneja is the current Chief Accounting Officer at Tesla Inc. Venkatrangam Sreeram is an entrepreneur associated in the automotive aftermarket sector and David Jon Feinstein is the Global Senior Director of Tesla.

Tesla has been planning to set up a research and development centre in India and the brand was in talks with multiple states including Maharashtra, Karnataka, Tamilnadu, Andhra Pradesh and Gujarat. The Chief Minister of Karnataka B.S. Yediyurappa has also taken to the social media platform Twitter to welcome the CEO and product architect of Tesla Inc, Mr Elon Musk and confirmed that the brand will be setting up an R&D unit in Bengaluru as well as begin vehicle operations.

Apart from the R&D department, the company is also expected to set-up its own distribution and dealership network in the Indian market to target the high mindshare clientele. The brand is also expected to set up after-sales service as well as the test drive and sales centre in India. It was revealed in the recent past that an online car configurator is also expected to go live in early 2021 where prospect buyers, as well as aficionados, can explore Tesla vehicles from the safety and comfort of their homes. 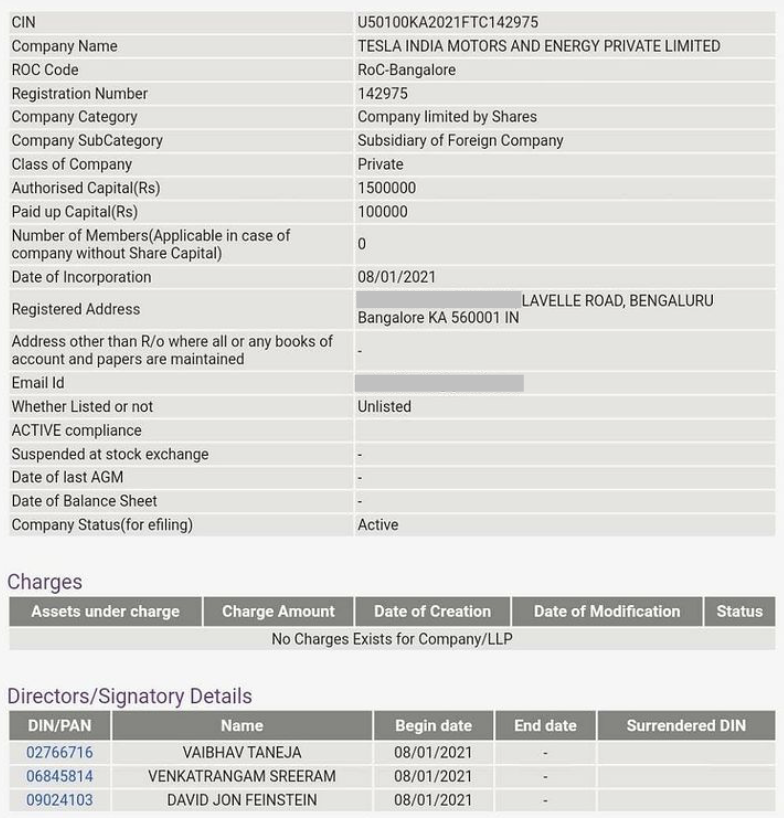 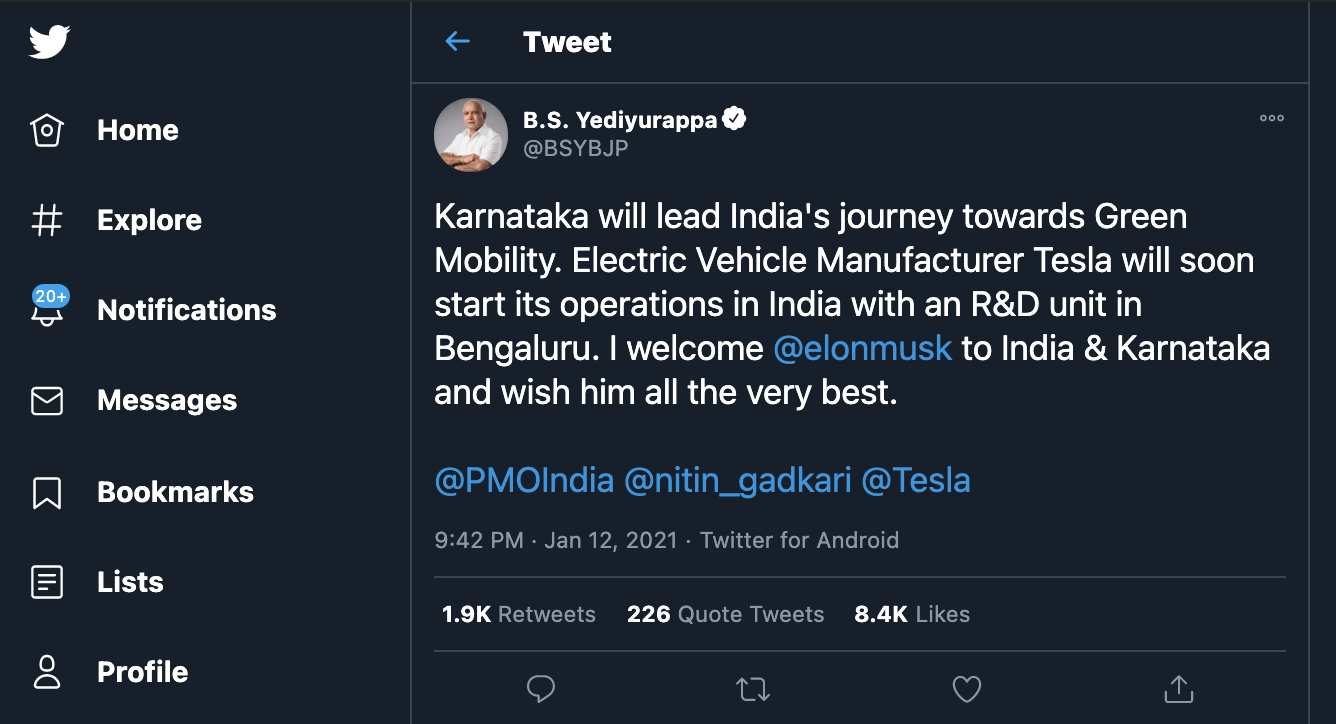