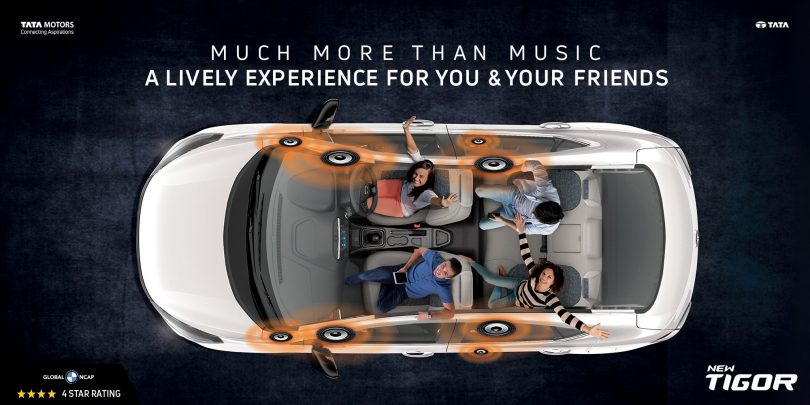 Tata Motors has announced that the new Tigor will now come with an 8-Speaker Surround Sound System. This announcement was made via Tata Motors’ official Twitter handle where the netizens expressed a very positive response towards this new offering.

The Tata Tigor is a sub-4-metre compact sedan which was first launched in the year 2017. Tigor is fully based on the Tiago which is underpinned by Tata’s X1 platform, which is a reworked platform used in the Indica and the Bolt. When compared to the Tiago the Tigor’s wheelbase is longer by 5 centimetre which gives better legroom for the rear seat passengers. The Bolt and Zest did not sell in the numbers what Tata Motors would have liked and thus they brought in the Tiago and the Tigor as their successors.

The BS-6 compliant Tata Tigor comes with a 1.2-litre petrol engine which produces 84 BHP of power and 114 Nm of torque which is mated either to a manual or an AMT gearbox. The ARAI rated claimed mileage is 20.3 kmpl. In the features list, the key highlighting mentions are; front fog lamps, leatherette seats, adjustable driver’s seat, 7-inch touchscreen system compatible with Android Auto and Apple CarPlay, steering mounted controls, voice commands and more. With 419 litres of boot space, Tigor does offer a decent enough luggage carrying capacity for a long road trip. In terms of performance, the Tigor takes around 18 seconds to sprint from 0 to 100 kmph.

Tigor is also offered in the electric vehicle version which is powered by a 16.2 kWh lithium-ion battery. The ARAI rated mileage is 142 km, i.e. on a full charge, the Tigor EV can travel up to 142 km. But it is unlikely, that someone will buy a Tigor EV which has a very low mileage when the other EV option, the Nexon EV is also being offered by Tata Motors and is a very competent product and offers a great overall package. The price range for Tata Tigor starts at INR 5.39 lakhs for the base XE trim and goes all the way to INR 7.49 lakhs for the top-spec XZA automatic (ex-showroom price). 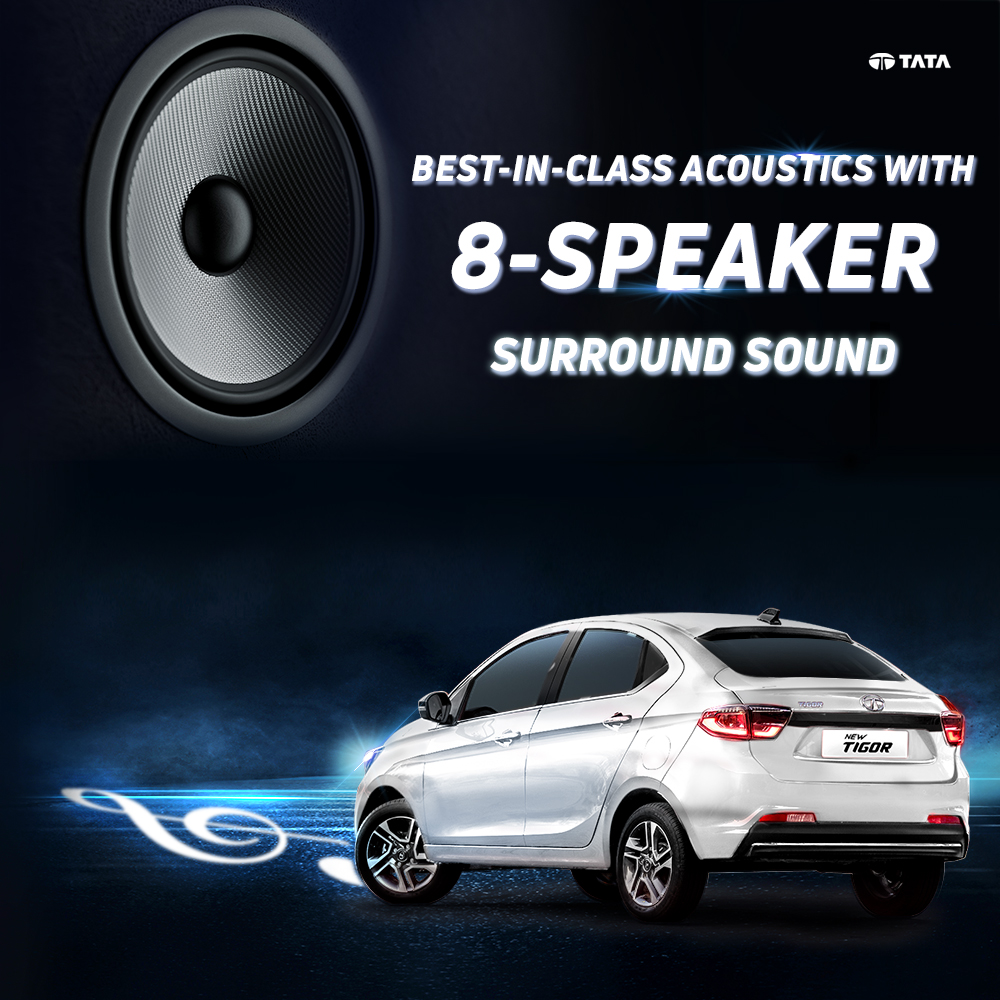