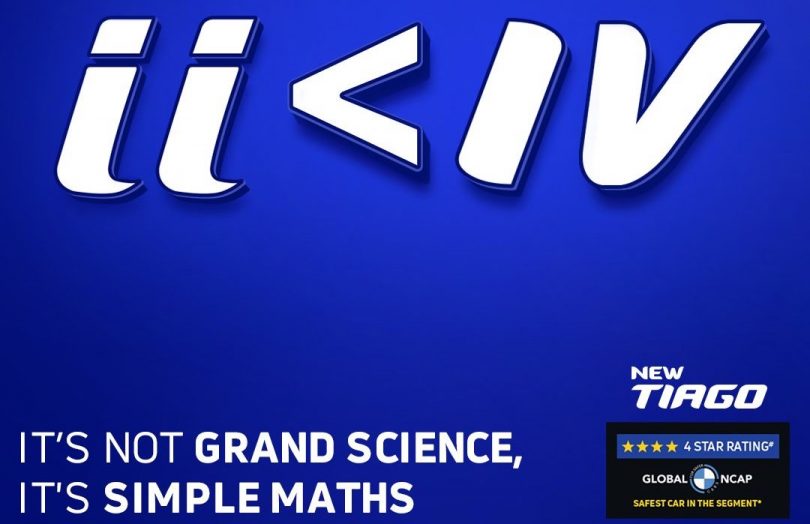 In its latest advertisement campaign, Tata Motors Cars official Twitter handle has tweeted, “You can only wow some by just being grand on the paper” with a picture of ‘ii’ (Two) in Hyundai Grand i10 font and ‘iv’ (Four) in the Tata Tiago font, with a greater/less than sign in the middle indicating that the iv is greater that ii, with regards to Tiago with 4-star safety, is greater than 2-star safety rated Grand i10. The advertisement also has a text saying “It’s Not Grand Science, It’s Simple Maths’.

The Hyundai Grand i10 Nios equipped with driver and passenger frontal airbags, ABS, seatbelt reminder and seat belt pretensioners was subjected to Front Offset deformable Barrier test at the speed of 64 kmph, at the Global NCAP test facility where the Grand i10 Nios scored 7.05 points out of 17 points for adult protection and 15.00 points out of 49 points.

The Tata Tiago / Tigor were also tested at the start of 2020 and were equipped with driver and passenger frontal airbags, driver and passenger seat belt reminders, driver seatbelt pretensioner, and ABS. The Tiago was also subjected to a Front Offset Deformable Barrier Test at the speed of 64 kmph and scored 12.52 points out of 17 points for adult protection and 34.15 points for 49 points for child safety. 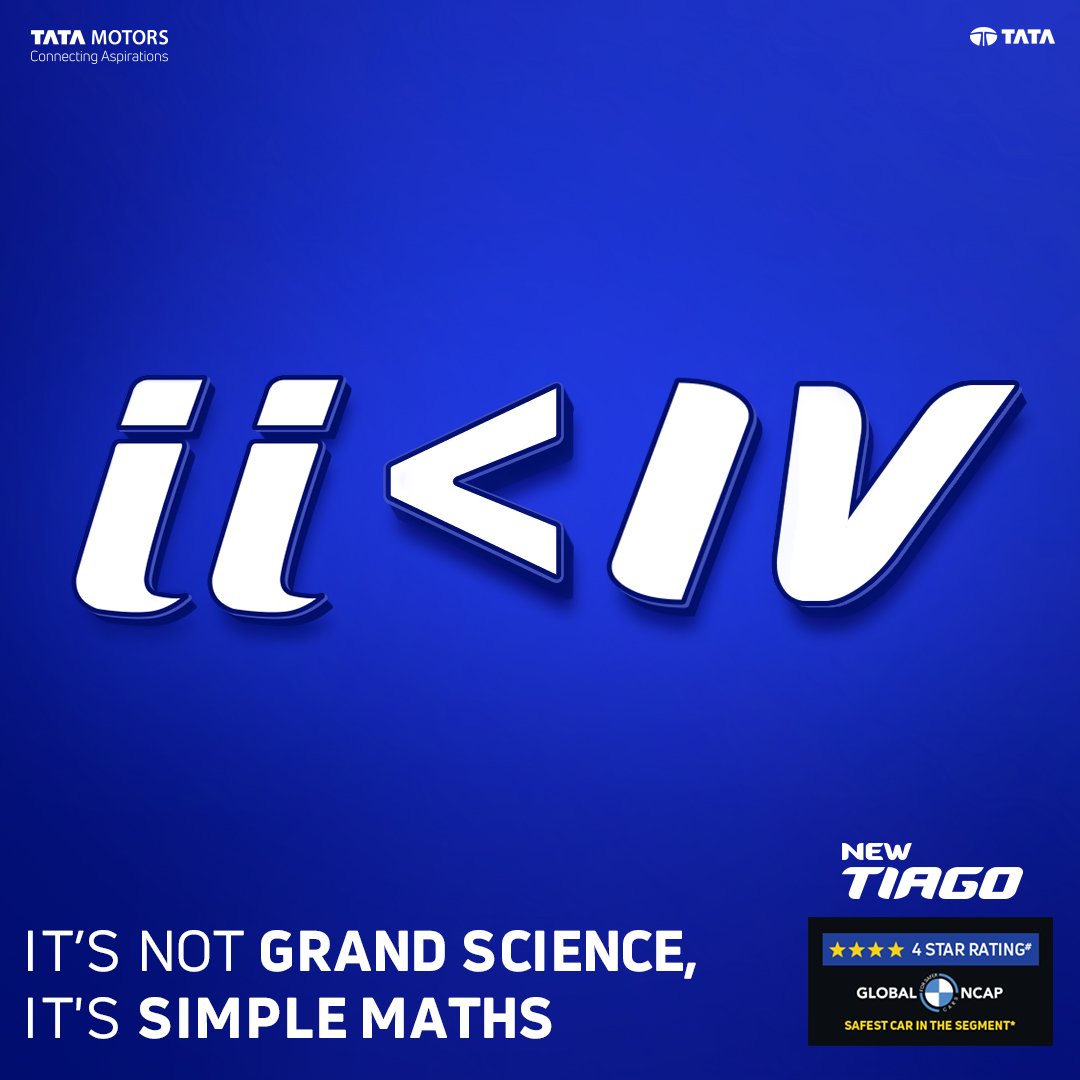 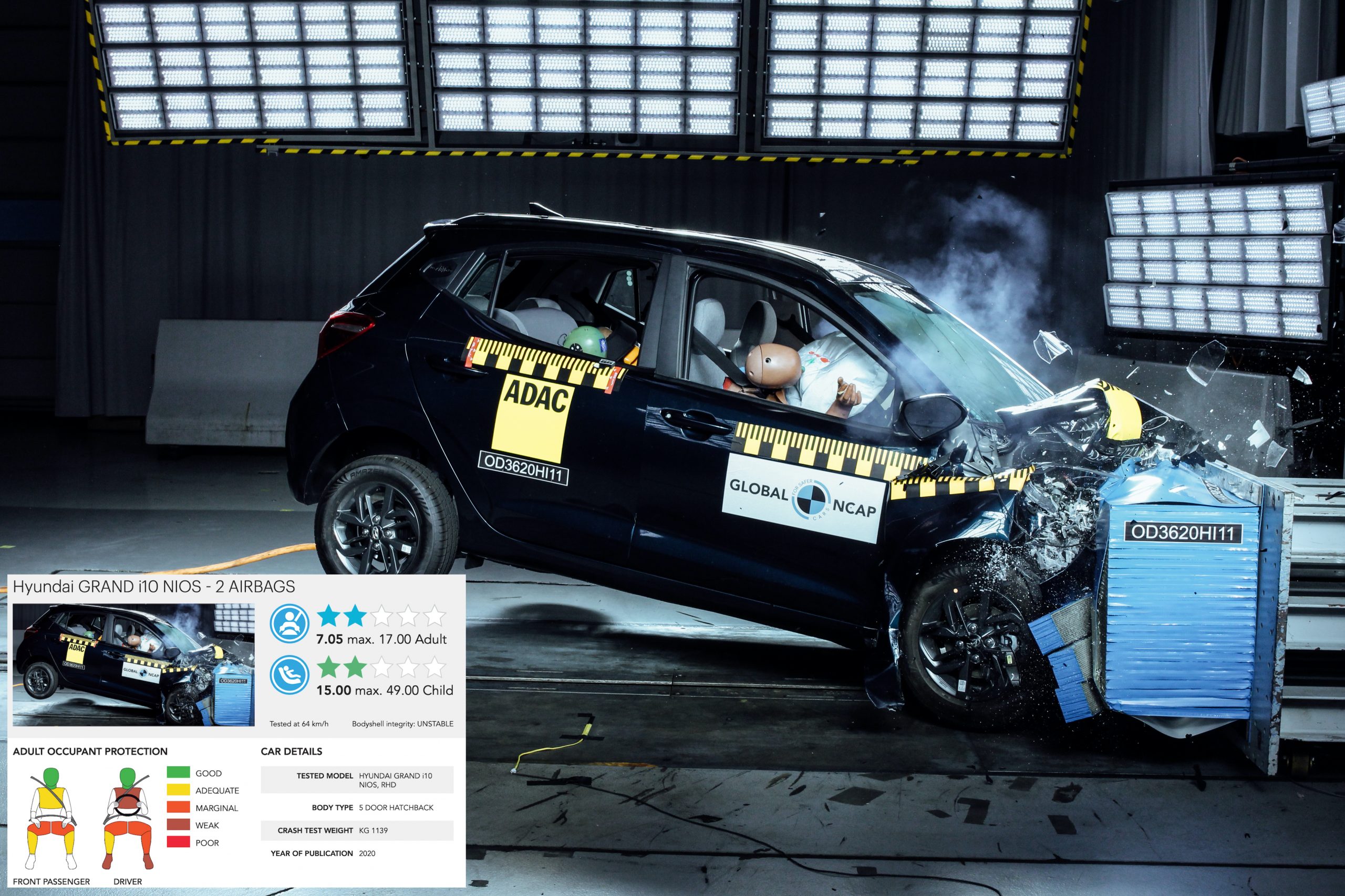 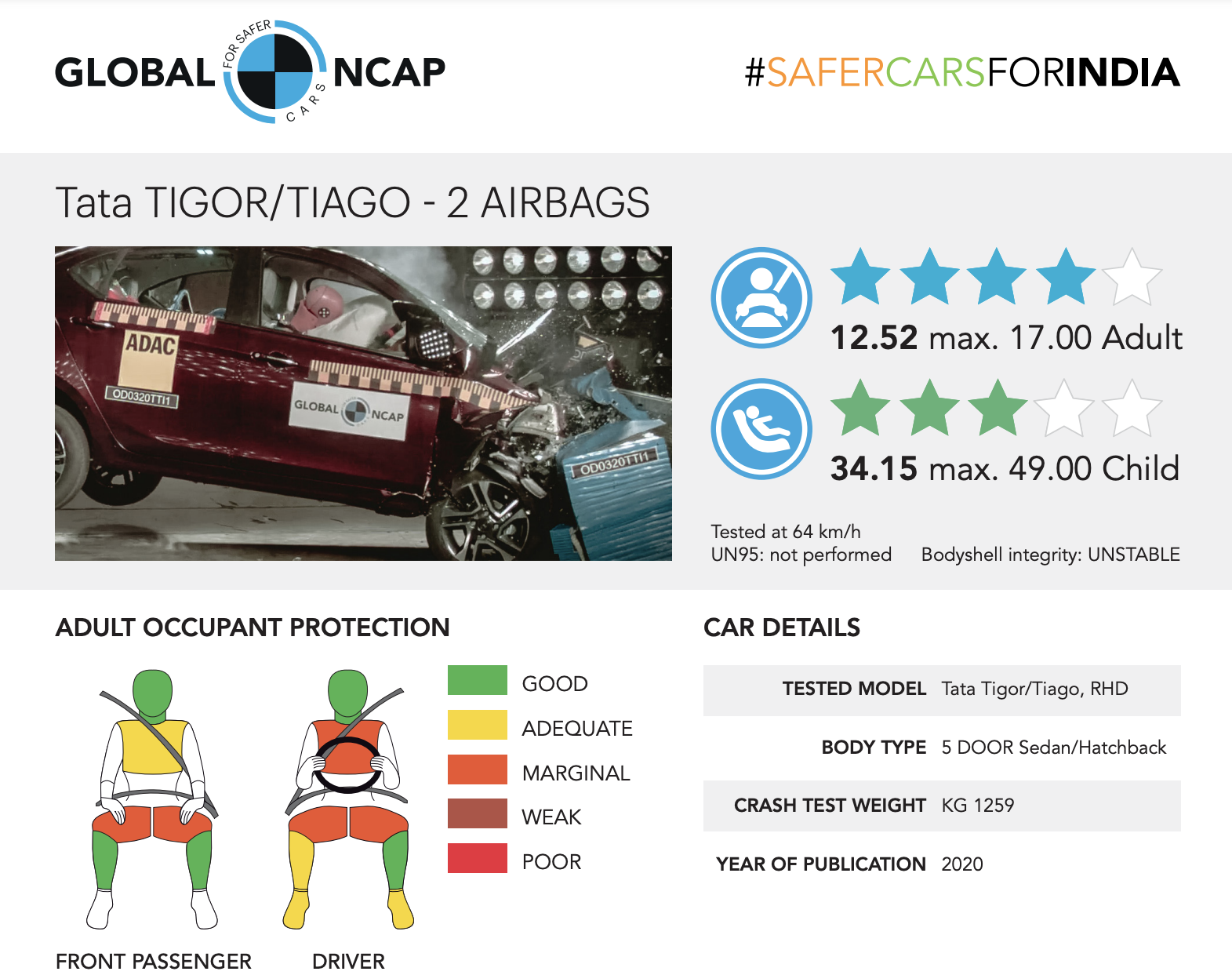