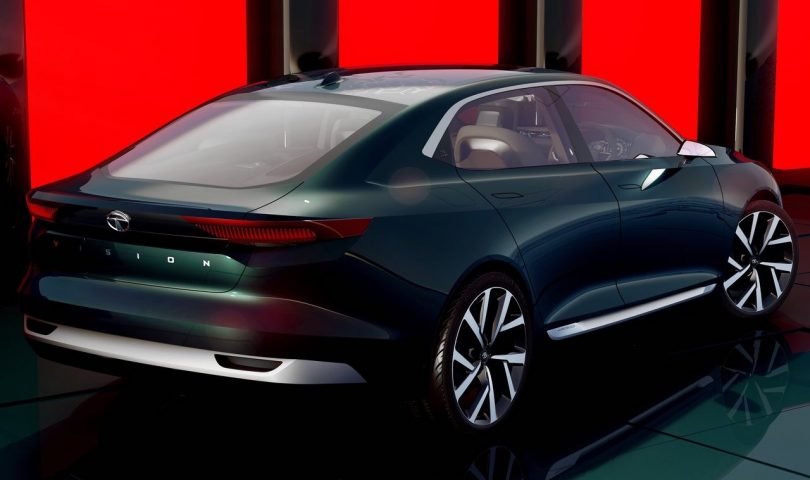 Building on the ‘We Love You 4 Million’ campaign that celebrated the landmark event of achieving 40 lakh sales in the Passenger Vehicle business, since its inception 30 years ago. Tata Motors has rolled out a special video celebrating the event. The video montage is narrated by prominent actor and Padma Shri Awardee, Mr Anupam Kher who takes its viewers down memory lane highlighting the company’s journey towards ‘Atmanirbharta’, one car at a time.

The film draws a visual timeline of how the brand achieved key milestones since the establishment of TELCO (Tata Engineering and Locomotive Co. LTD), in the year 1945 going through the country’s iconic and historic moments when the brand produced legendary cars such as the Sierra in 1991, Estate in 1992, Sumo 1994, Indica in 1998, Safari in 1998 and the Nano in 2008 to the launch of the New Forever BS6 range of cars, highlighting the safest product portfolio in the Indian automobile market – the Tiago, Tigor, Nexon, Harrier and Altroz.

The brand has also revealed that it has climbed to the 3rd spot in the passenger vehicles segment and registered a market share of 7.9% in H1FY21. The podium finish has been achieved in two consecutive quarters, thanks to the growing customer base for the New Forever range. The brand has also announced that it achieved a growth of 22% (YTD) April-October.

Tata Motors is the first Indian company to develop indigenous capabilities with terms of the design. The brand has in-house design and simulation studios to facilitate prototyping and digital product development. Tata also has fully-equipped emission testing facilities. Tata Motors is also India’s largest EV manufacturer with 67% of market share. Tata also became the first Indian car manufacturer to have received the coveted 5-star for safety at the Global NCAP for the Tata Nexon compact-SUV.

As part of this campaign, Tata Motors is also hosting the #WeLoveYou4million quiz on its social media channel Instagram where viewers can participate and stand a chance to win scale models of Tata Cars. 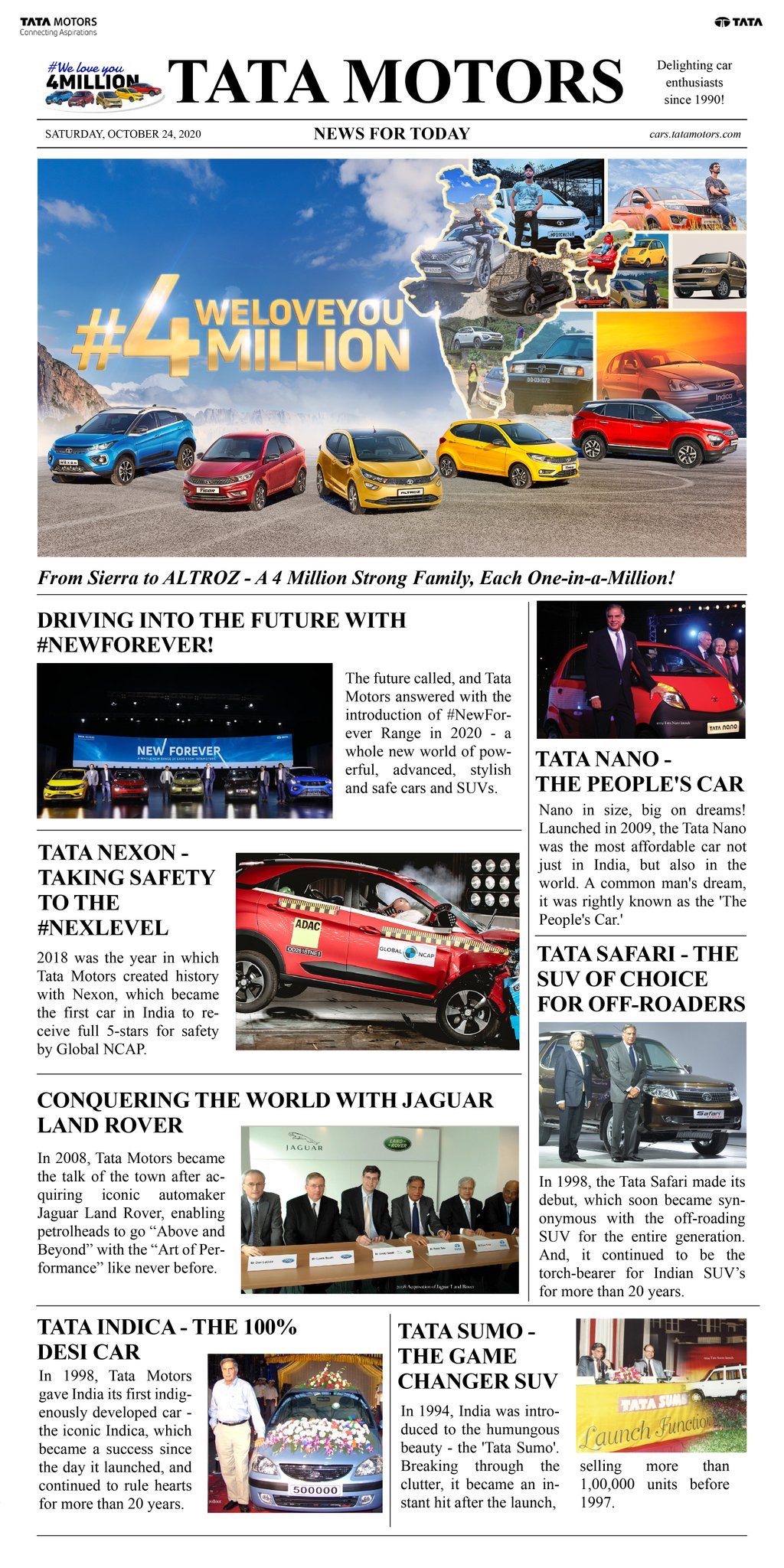