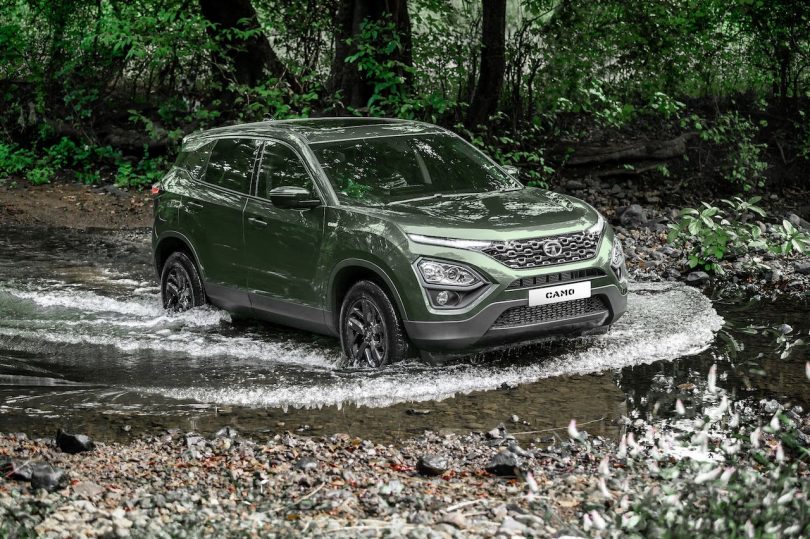 Tata Motors has launched the brand’s flagship SUV, the Harrier in a new special edition avatar christened ‘CAMO.’ The Tata Harrier CAMO special-edition will be available in the Indian market at the starting price of INR. 16.50 lakhs (ex-showroom Delhi). The Tata Harrier Camo edition comes in a special shade of green and is available in the manual transmission option in the XT variants onwards and the automatic gearbox available onwards from the XZ variants.

Tata has also introduced a host of special accessories to further emphasise the Camo edition’s dynamics and functionality. The Camo edition accessories are available in two options – CAMO Stealth and CAMO Stealth+ with prices starting at INR 26,999. The accessories for the Camo edition include – a Harrier mascot on the bonnet, special Camo tri-arrow theme graphics, roof rails, side steps and front parking sensors on the outside and OMEGARC scuff plates, sunshades, designer 3D moulded floor matting, 3D moulded trunk matting, anti-skid dashboard matting and back seat organiser on the inside of the Camo edition.

Powering the Tata Harrier Camo edition is the same BS6 emissions-compliant 2.0-litre Kryotec four-cylinder turbocharged diesel engine that makes 170 PS of power and 350 Nm of torque matched to a 6-speed manual transmission or an option of 6-speed automatic transmission. Other than the cosmetic changes, the Harrier Camo edition does not come with any mechanical changes as compared to the standard version of the SUV.

Not too long ago, the brand also introduced the Dark Edition Tata Harrier in the mid-range XT trim and the XT+ with prices starting from INR 16.50 lakh ex-showroom. Earlier the Dark Edition was only available in the XZ and the range-topping XZ+ trims. 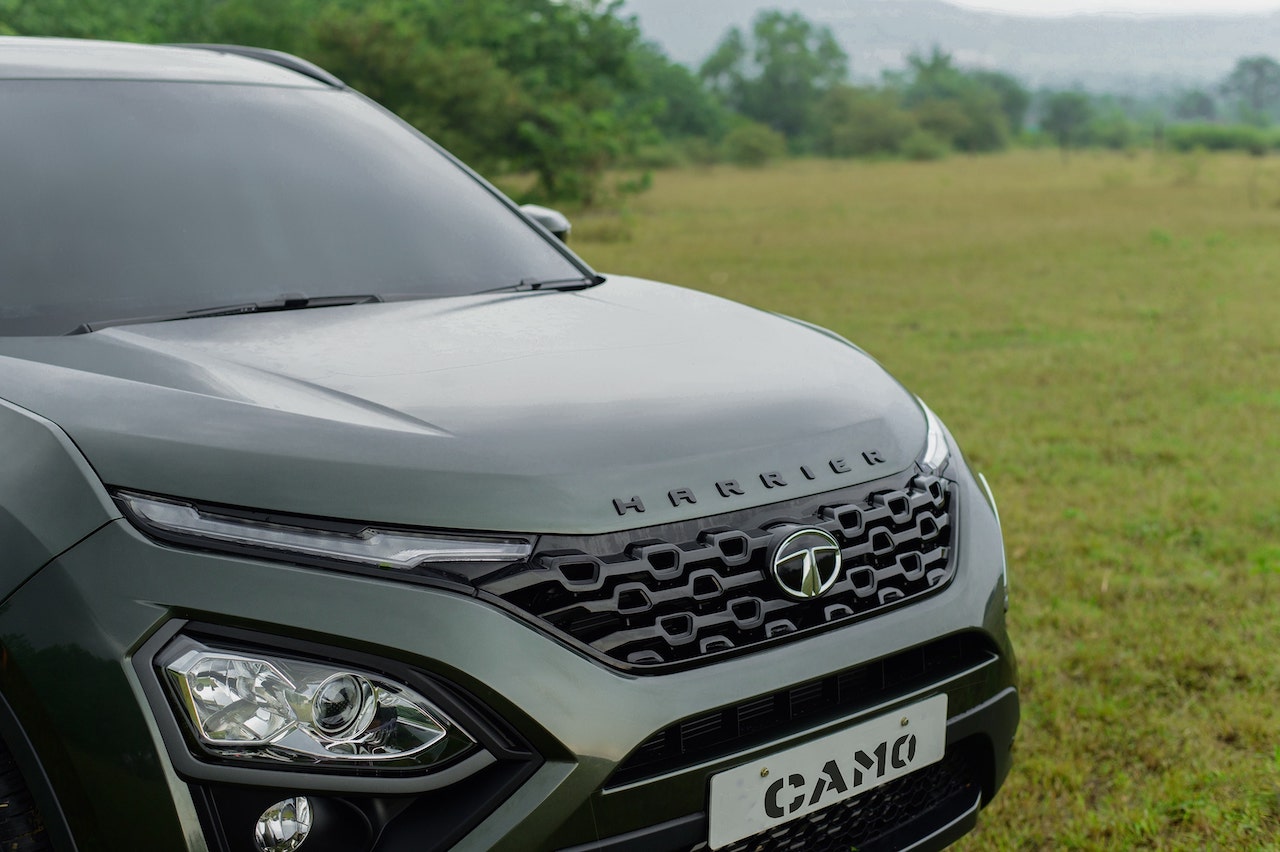 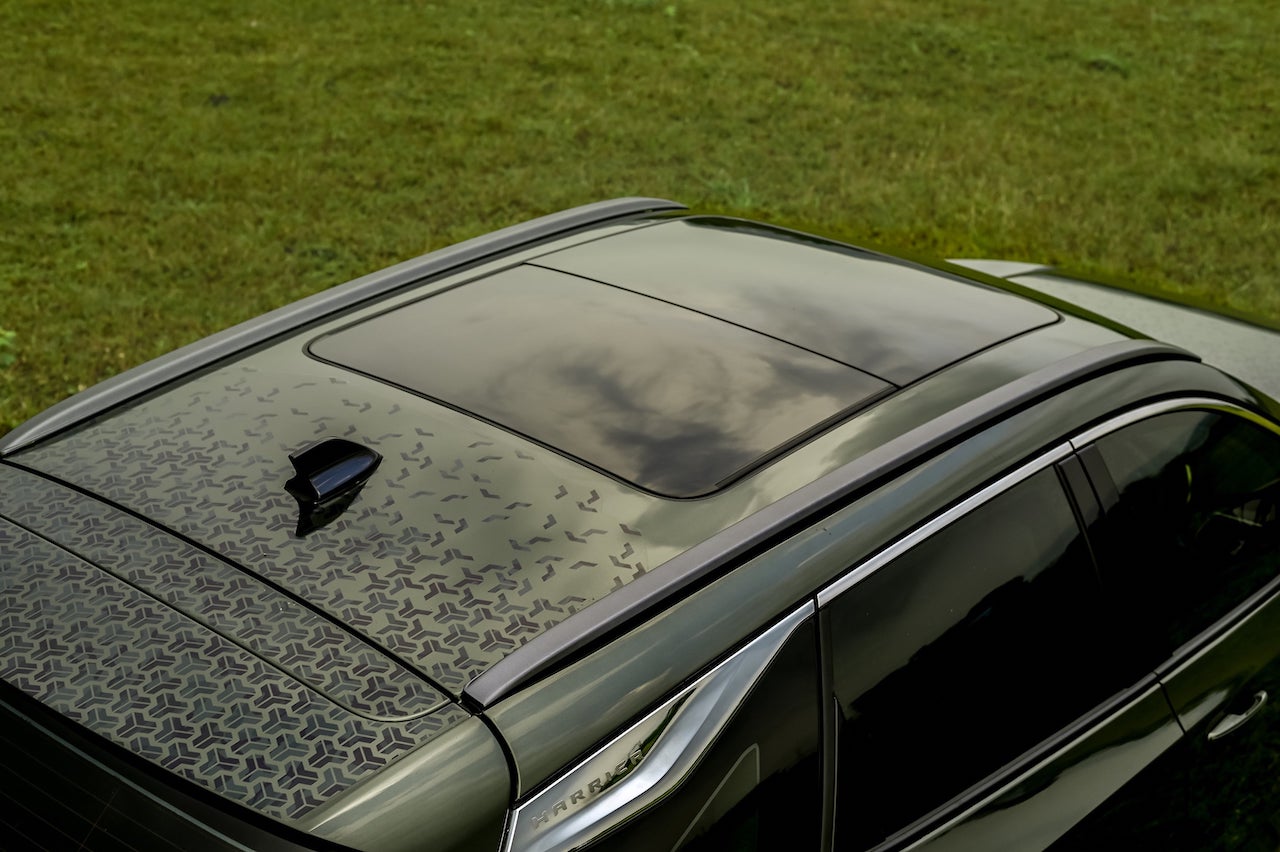 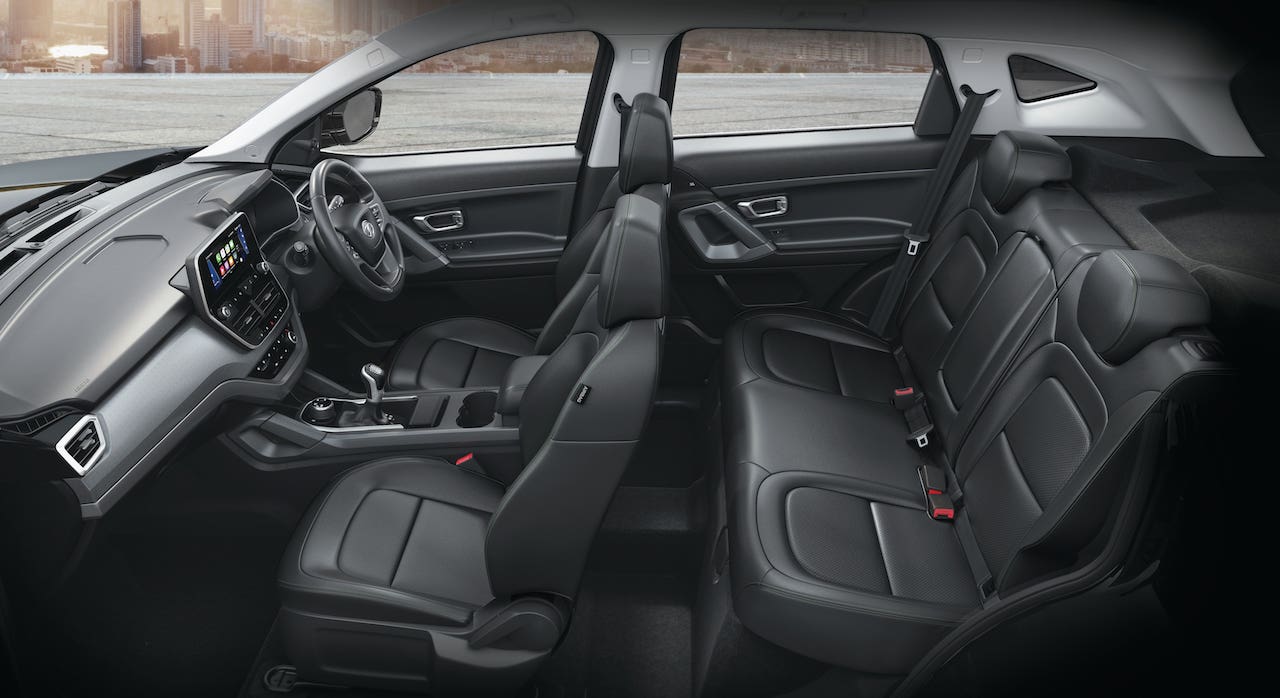 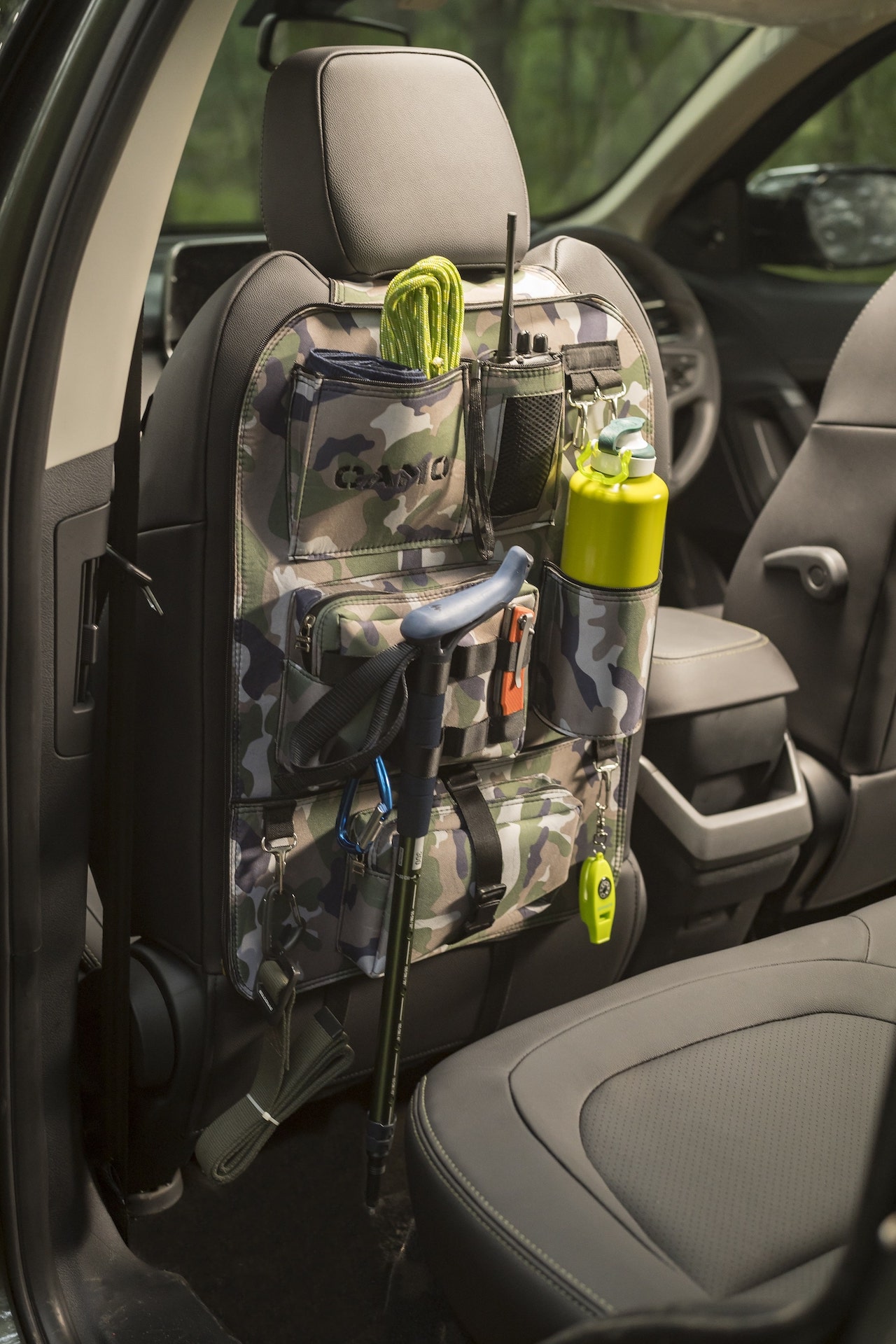