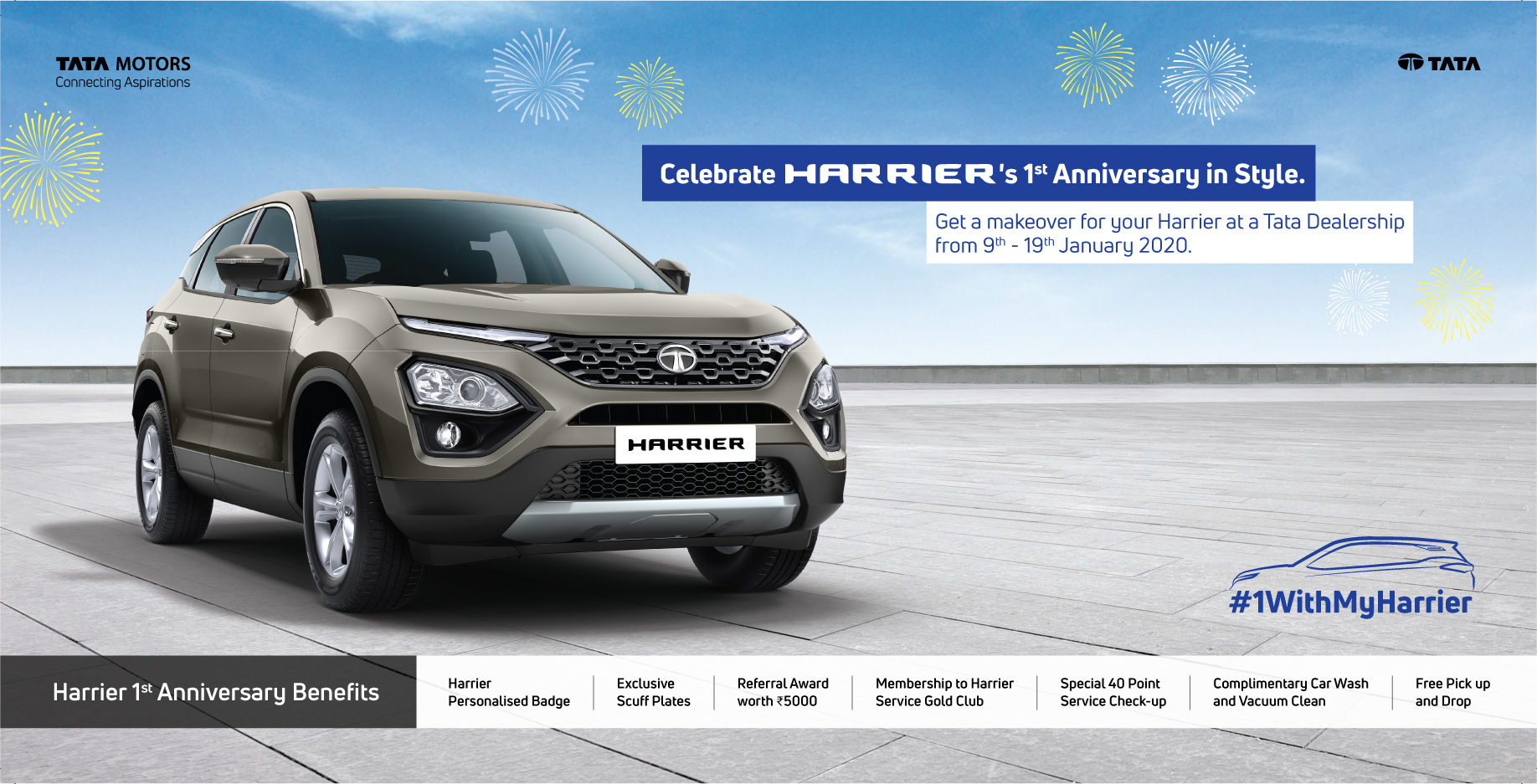 The Harrier from Tata Motors has been a very interesting car. Not only is the SUV styled unlike any other, the primary talking point was the hardware which included the Land Rover based D8 platform which allowed for massive marketing strategies. Now, Tata Motors is celebrating the 1st anniversary of the Harrier SUV. While there is no specific anniversary edition model announced, the brand has a unique celebratory offer for all Harrier customers. From January 2019, more than 15,000 customers have driven home in a Harrier. All of these customers can avail the #1WithMyHarrier anniversary campaign throughout Tata Motors dealerships pan India. This campaign will start from 9th January till 19th January 2020.

Under this celebration initiative, Tata Motors will be offering a personalised badge for Harrier customers, exclusive scuff plates for the SUV, complementary wash & vacuum cleaning service and a special 40 point check-up. The Harrier SUV owners will also get a membership to the Harrier Service Gold Club through which benefits up to INR 8,400 can be availed for any serviced opted for in the next 2 years. Apart from this, Tata Motors will be handing out INR 5,000 Amazon Gift vouchers to Harrier owners who refer their friends or family to buy the SUV. Tata Motors is also offering pick up and drop services for customers who wish to avail this #1WithMyHarrier campaign. Interested customers can also register for this online.

With prices starting from INR 12.99 lakh, the Harrier has faced stiff competition from new SUVs like the MG Hector and Kia Seltos. The Harrier at the moment is a 5-seater SUV sold only in a diesel manual avatar with terrain response modes which is a smart traction control mimicking AWD technology but without the AWD / 4×4 hardware. Tata Motors will soon introduce the Gravitas SUV which will be a 7-seater iteration of the Harrier, which was also codenamed as the Buzzard in 2019.