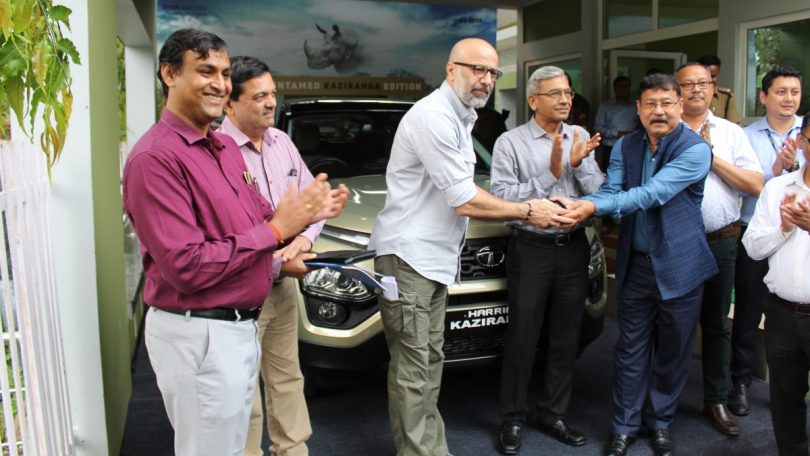 What Is The Kaziranga Edition?

The growing demand for SUVs in the market has led many carmakers to launch their range of SUVs. Tata Motors is one of the important players in the market that offers a wide range of SUVs. Tata Motors recently announced the special Kaziranga Edition for its SUV offerings to further spice up the things. Under this edition, the vehicles get an all-exclusive ‘Grassland Beige’ exterior colour shade with a Piano Black dual-tone roof.

On the interiors, the SUVs also wear a matching ‘Earthy Beige’ leatherette upholstery. With the Kaziranga name, we got to see some Rhinos. Thus, with this edition, Tata Motors is equipping an embossed outlined torso of two rhinoceroses facing each other. The embossing is located on the front and rear headrests. There’s also a new Satin Black Rhino Mascot on the front fender of the SUVs. This Kaziranga edition is available only with the SUV range of models of Tata Motors. And hence we get to see this model with the Nexon, Harrier, Safari and the newly introduced Punch.

In recent 3 to 4 years in India, the demand for SUVs has grown tremendously. The high ground clearance does help a lot with bad road conditions in most parts of the country. Along with this, SUVs also offer a high commanding seating position that gives a sense of a bigger car to the driver. All these factors add up to favour SUVs over any other body type. Tata Motor’s Safari, its flagship offering, is also selling in great numbers. The carmaker’s unexpected decision to change the name from Gravitas to Safari took everyone by surprise. 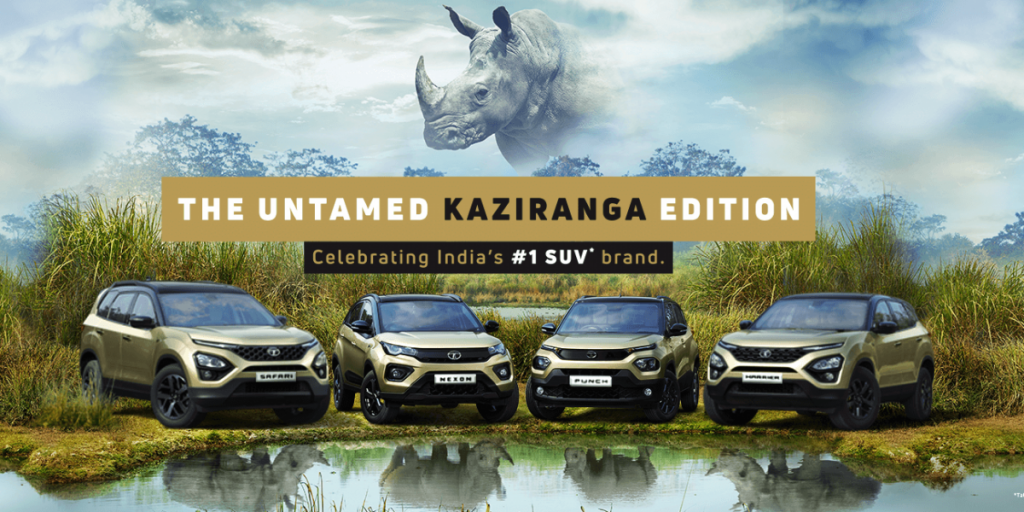