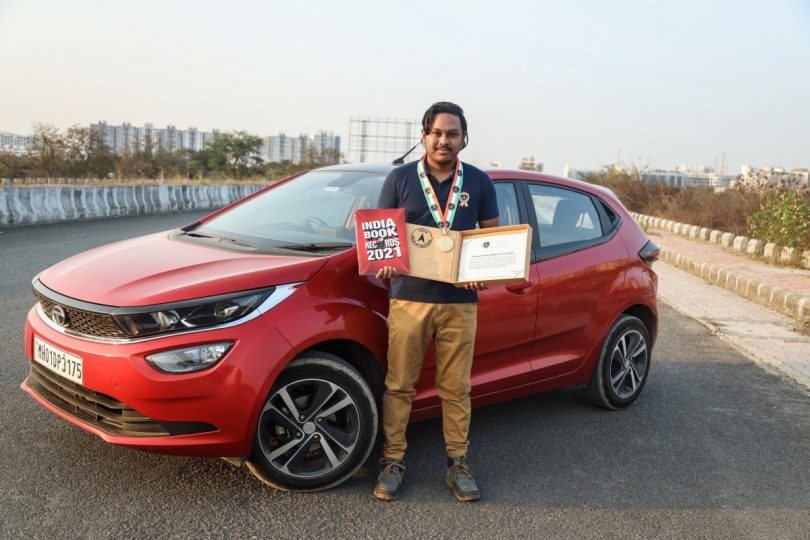 The Tata Altroz hot hatchback made its landmark entry into the India Book of Records by covering a distance of 1,603 km in 24 hours setting a new record in India. The new long-distance driving record set by Mr Devjeet Saha, who is an MBA by profession and an automobile enthusiast. The Pune based car enthusiast started the journey from Satara on 15th December 2020, turning around at Bengaluru and finishing the 1603 km journey in Pune on 16th December 2020.

The Tata Altroz hot hatchback gave the testament of comfort on long journeys during the record. The Tata Altroz made its debut last year and in January 2021 the car celebrated its first anniversary with the launch of the Tata Altroz iTurbo, a turbo-petrol variant of the Altroz. Along with the new engine, Tata Altroz also came with a new colour on the iTurbo variant called Harbour Blue.

The Tata Altroz competes with the turbo-petrol hatchbacks such as the Volkswagen Polo, the Hyundai i20, as well as naturally-aspirated petrol hatchbacks the Maruti Suzuki Baleno and the Toyota Glanza. 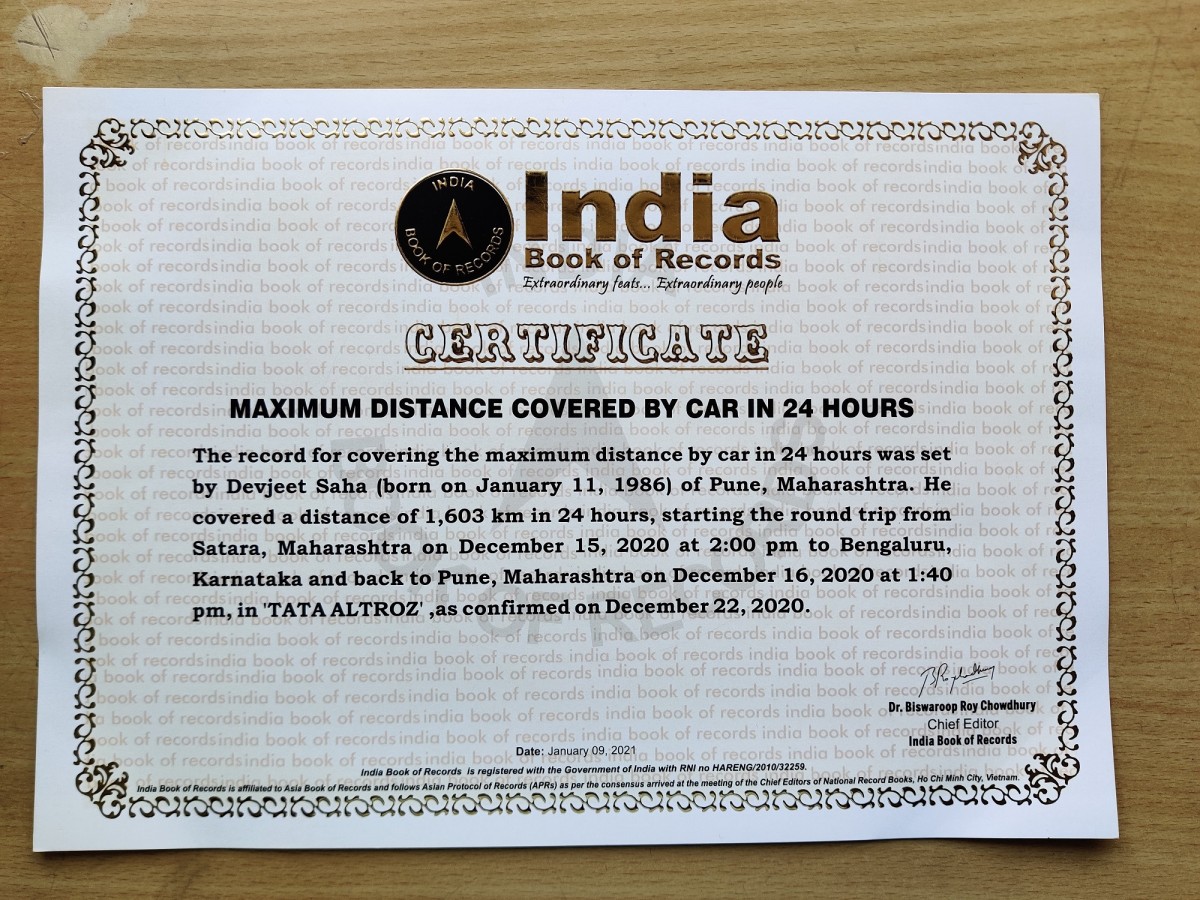