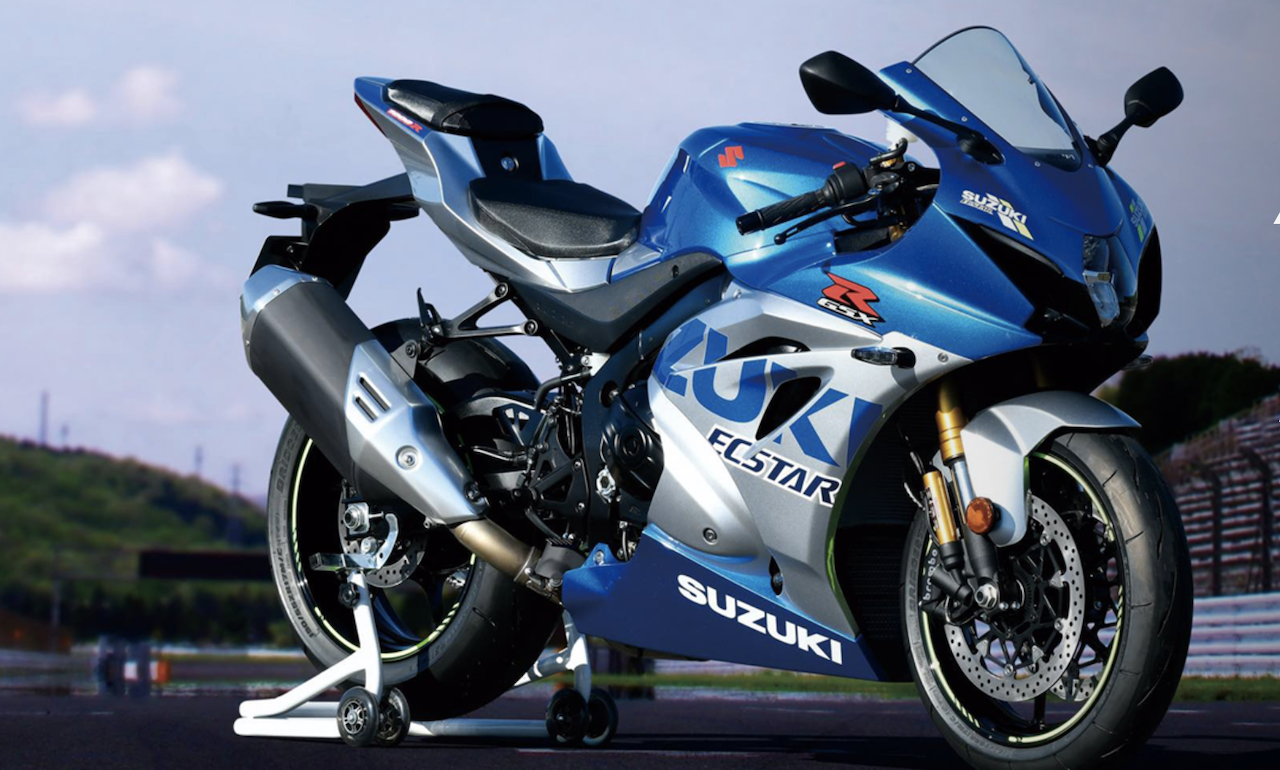 Suzuki has unveiled the MotoGP replica edition of the GSX-R1000R in the United Kingdom to commemorate 100 years since the incorporation of Suzuki. The 100th-Anniversary edition features a historically inspired livery similar to the GSX-RR MotoGP racing machines. The race livery comes in Blue and Silver paint theme, paying homage to the early Grand Prix racing Suzuki’s, available in very limited numbers.

Underneath the race livery, the Suzuki GSX-R1000R 100th-Anniversary remains the same and features an aerodynamic bodywork optimised for handling as well as top speed on the racetrack. The bodywork also provides protection to the rider from winds, while allowing improved airflow to the engine, braking components, increasing the downforce and improving the engine efficiency.

The 100th-Anniversary edition also remains mechanically unchanged and comes with a square aluminium tube chassis which is more compact and narrower than its predecessor reducing the weight by 38%. It also comes with a bolt-on aluminium subframe and a new aluminium swingarm, braced on both sides instead of on one, to improve weight, rigidity and balance. 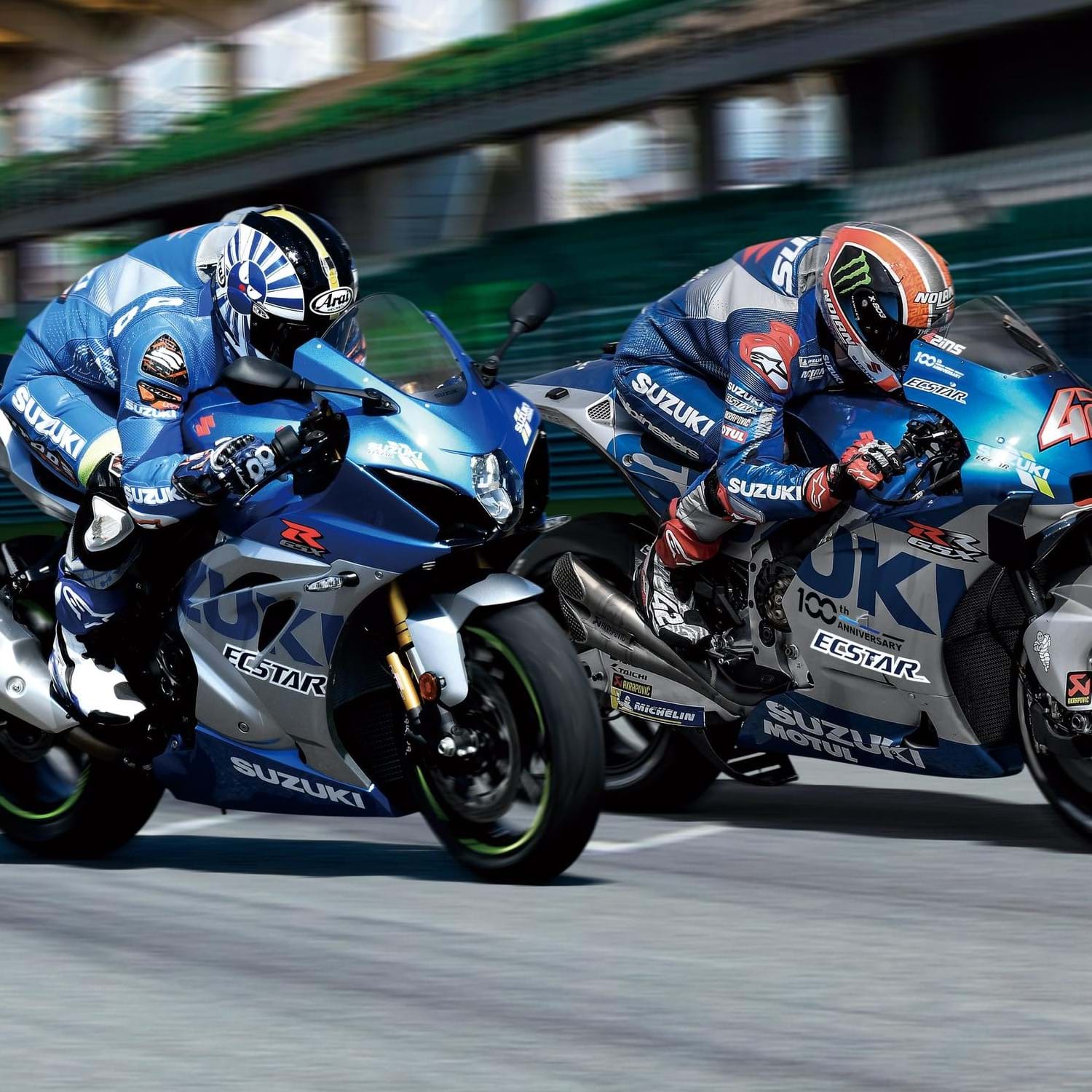 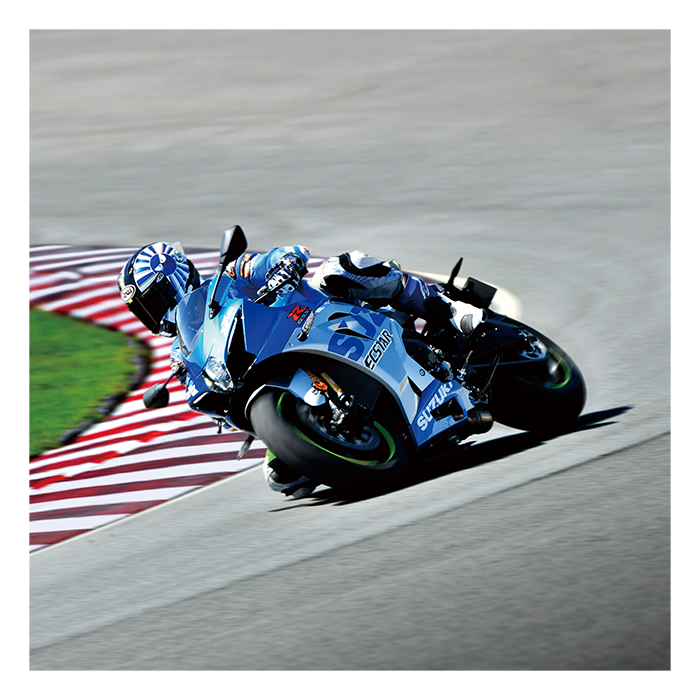 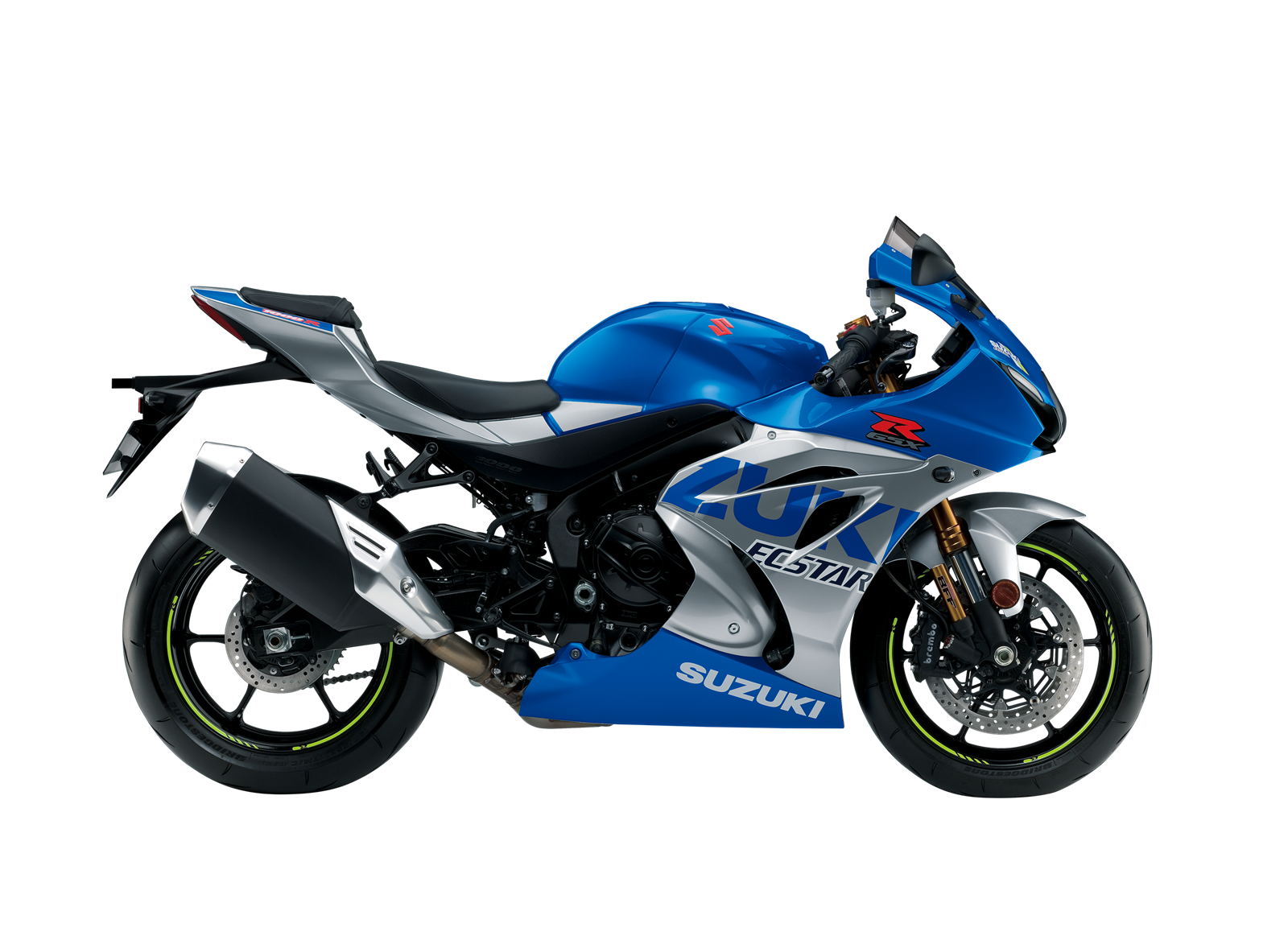