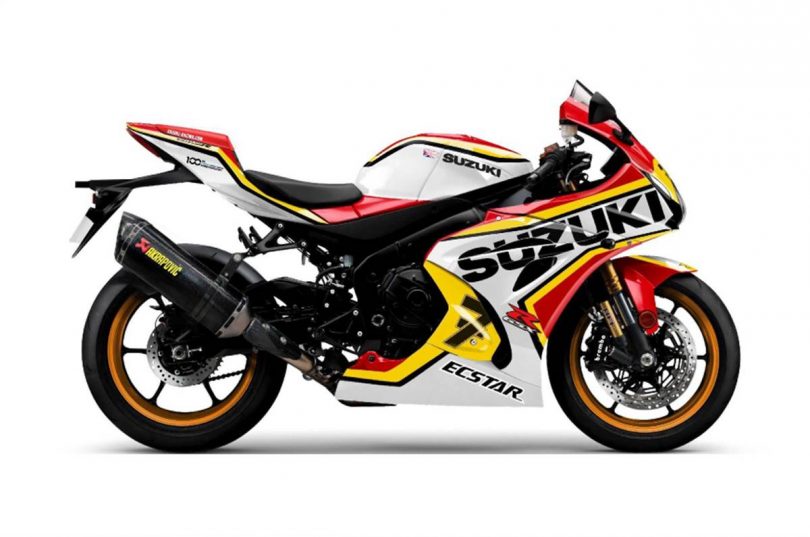 Suzuki has revealed the Legend Edition of the GSX-R1000R for celebrating its victory 2021 MotoGP championship. A total of 7 different liveries will be offered and each of them is inspired by their MotoGP championship win till date. The Akrapovic exhaust system on the motorcycle comes standard and also gets a pillion seat cowl thus giving it a very striking appeal. All the 7 motorcycles will be painted in different colours.

Other features include – full-LED lighting, digital instrument cluster, a muscular design, adjustable suspension setup and more. The first win for Suzuki came in the year 1976 which was won by Barry Sheene. Then Marco Luchinelli won in the year 1981, followed by Franco Uncini in the year 1982. The 1993 season was won by Kevin Schwantz and the most recent win being the 2020 season which was won by Spanish rider, Joan Mir.

In India, the standard version of the Suzuki GSX R1000R is expected to be launched in May 2021. It is expected to be powered by a 999.8 cc 4-Cylinder, 4-Stroke, liquid-cooled double overhead camshaft engine. The power output is rated at 202 PS at 13200 rpm and a max torque of 117.6 Nm at 10800 rpm and the fuel capacity is 16 litres. In the safety department, it is loaded with front and rear disk brakes and is equipped with dual-channel ABS. The tyre size included are 120/70-ZR17 for the front and 190/55-ZR17 for the rear. The other highlighting features are; various riding modes, traction control, launch control, quick shifter, adjustable windshield, led tail light etc.

For improving the ride and handling Suzuki has equipped the front suspension with 43 mm Showa Balance Free Front (BFF) Forks meanwhile, the rear is equipped with Shows Balance Free Rear Cushion Lite (BFRC LITE) shock. In terms of dimensions the motorcycle measure 2075 mm in length, 710 mm in width and 1150 mm in height. The saddle height is 825 mm and a wheelbase of 1410mm. Suzuki GSX-R1000R weighs about 203 kg. The Legend Edition GSX-R1000R  will not come to the Indian market, and this special edition motorcycle will only be available for the European market. 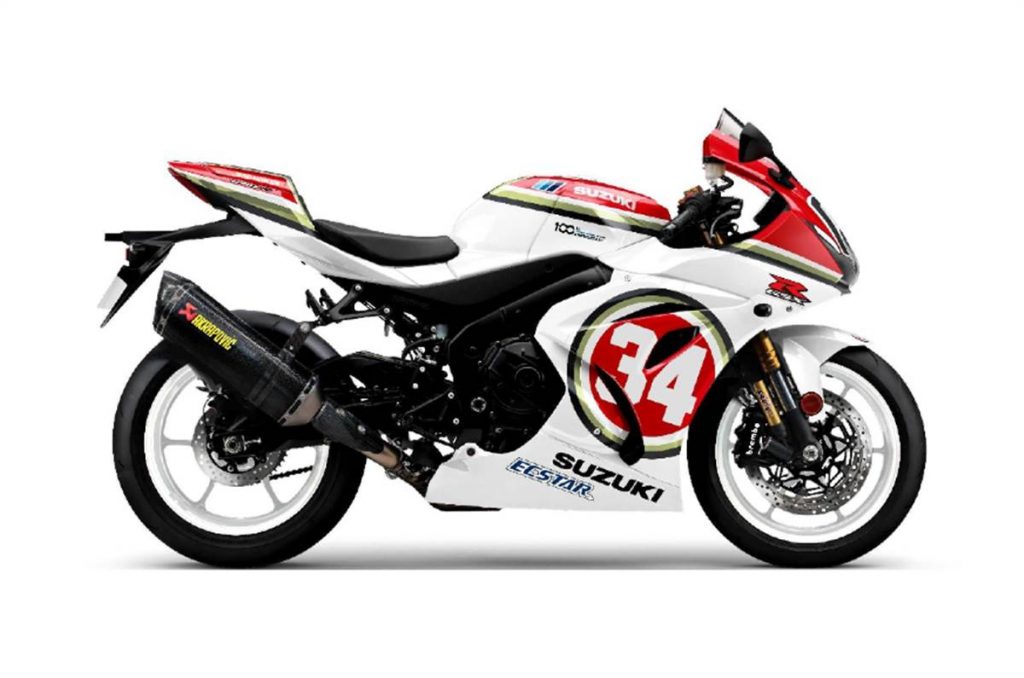 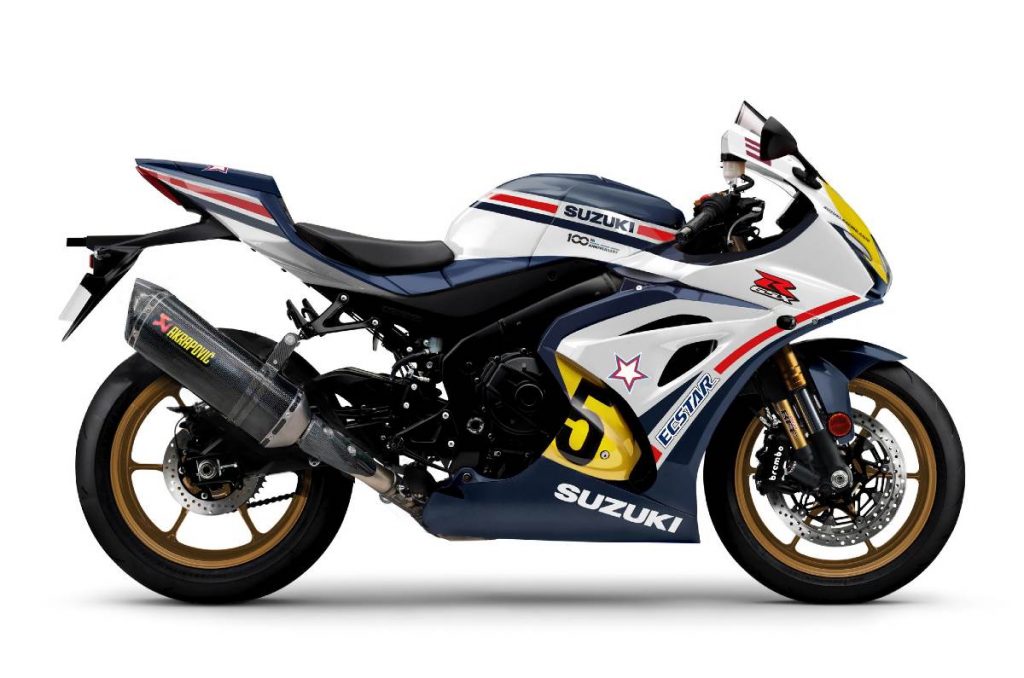 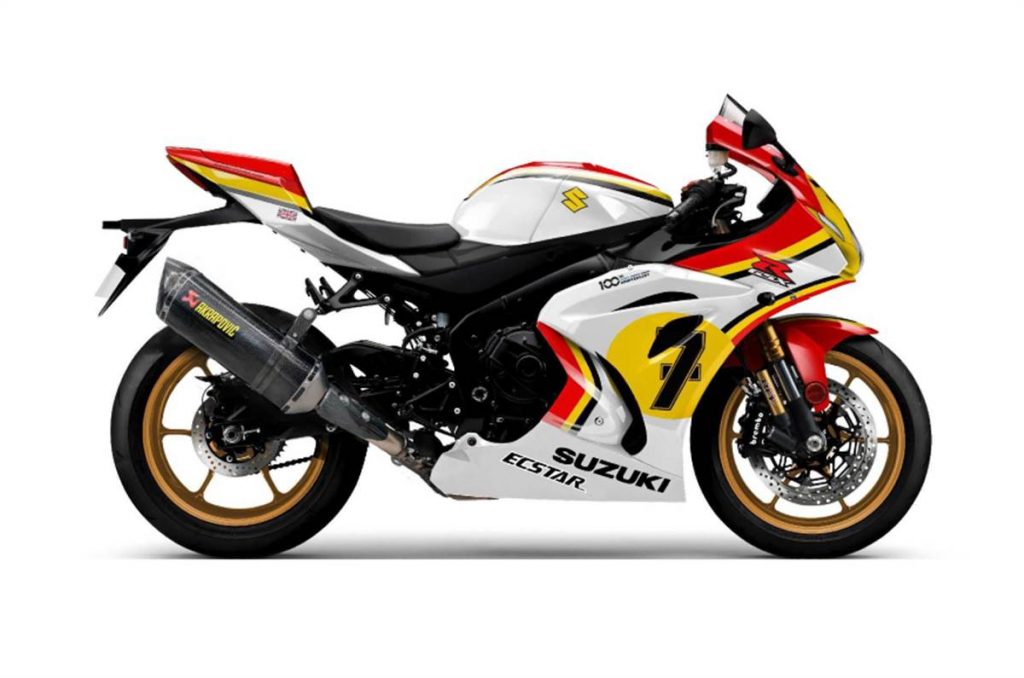