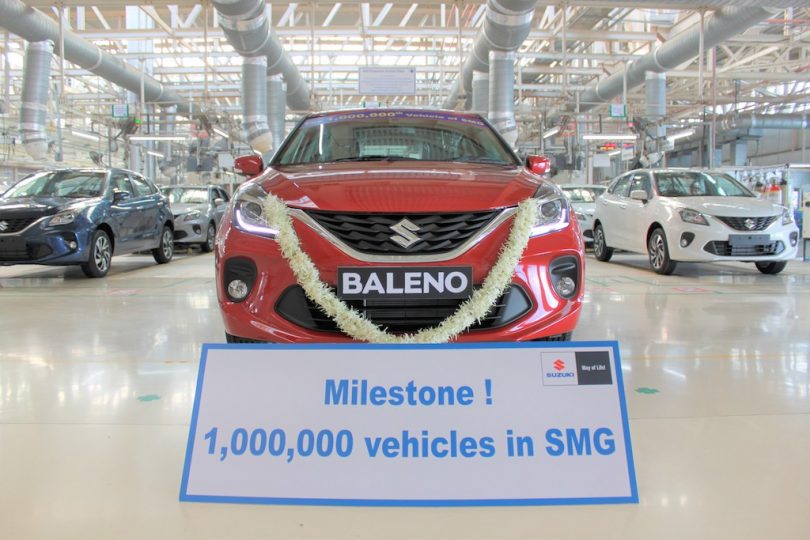 The brand produces the much popular Suzuki Baleno and the Suzuki Swift at the SMG plant. The Suzuki Baleno is responsible for achieving this feat. The model is exclusively manufactured in India, in line with ‘Make in India’ initiative by the Government of India. The production for the Baleno started in February 2017 followed by the Swift in January 2018 and the brand started production for exports in March 2018. In January 2019, the brand opened another production site, ‘B Plant’, where powertrains are produced to keep up with the high demands from the domestic as well as the export market.

In the Indian market, Maruti Suzuki has recorded a total sales of 160,442 units in September 2020 showing a positive growth 30.8% over the same period in the last year. The domestic market registered sales of 150,040 units and 2,568 units for other OEMs and the Company exported 7,834 units in September 2020. The company is taking all the measures in the production activities to protect its staff and customers from the ongoing pandemic. The brand is thoroughly conducting preventive measures against the spread of COVID-19 pandemic.