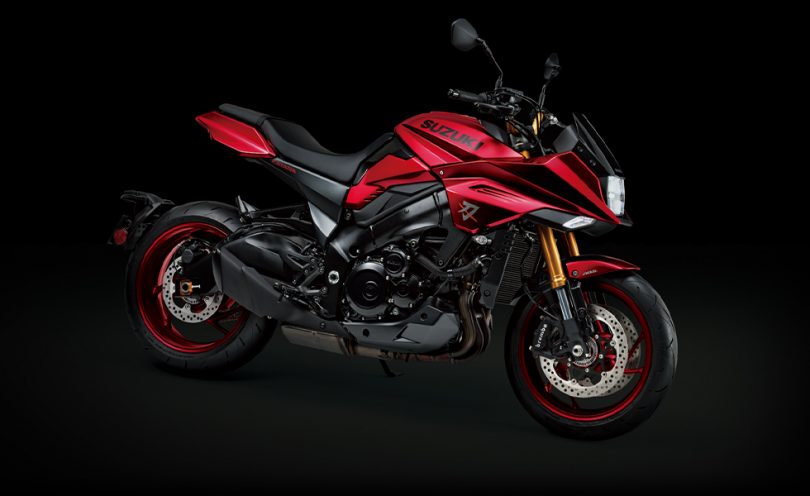 Suzuki has unveiled the Katana Red motorcycle for the Japanese market. Suzuki mentioned that the motorcycle will be limited to only 100 units. The Candy Daring Red shade is a special edition of the bike which was also offered in the now discontinued Suzuki Hayabusa. The engine, swingarm and the mid-section are done in a contrasting matte-black finish. Meanwhile, the Katana’s handlebar along with the fork bottle is finished in a subtle golden colour giving it a very striking appeal. To match up with the red colour, Suzuki has knitted the seat with red stitching which further accentuates the motorcycle’s outlook.

The Suzuki Katana Red is powered by the same 998cc in-line four-cylinder engine which cranks out 148 BHP of power and 107 Nm of torque. The gearbox on the Katana is a 6-speed unit. The suspension setup and electronics are also the same as before. Currently, Katana is offered with three colour options; Mystic Silver Metallic, Glass Sparkle Black and now the Candy Daring Red. The design has a resemblance to the original Katana sport-touring motorcycle which was in production from 1981 to 2006.

The current generation Katana was revealed at the 2018 INTERMOT motorcycle show. In the exterior department, the motorcycle gets full-LED square-shaped headlights with LED DRLs on the semi-fairing. In the rear-side, it gets a semi-cut tail-end which gives a very sporty look. In the Japanese market, the Katana is priced at JPY 1,400,000 which when converted to Indian currency comes at around INR 9.78 lakhs, but this is the price for the regular Glass Sparkle Black and  Mystic Silver Metallic shade and the price for the limited Candy Daring Red is still unknown.

Suzuki had showcased the Katana at the Delhi Auto Expo in February 2020. Earlier Suzuki had claimed that it will take time to make the motorcycle Euro 5 compliant which is almost equivalent to BS-6 and once ready, it will start doing surveys for launching it in the Indian market. The Katana launch in India is yet not officially announced yet there are rumours doing the rounds claiming that the superbike could be launched sometime next year. 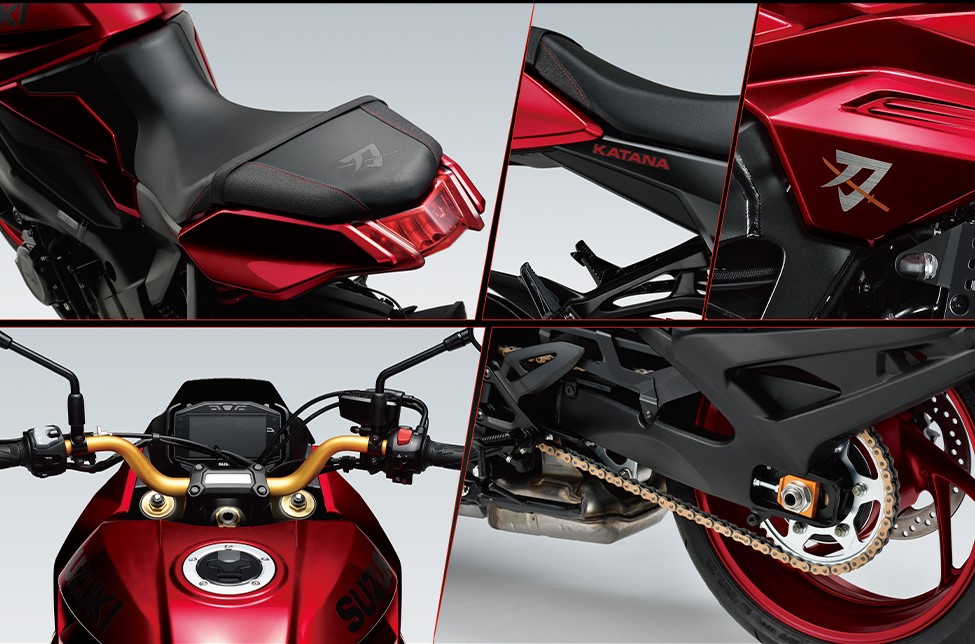