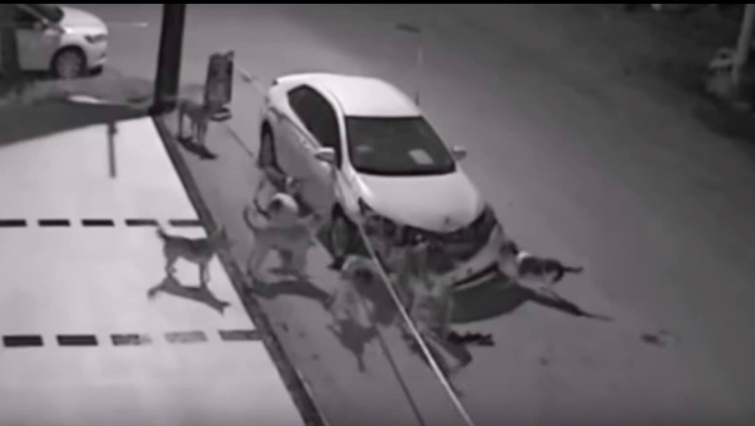 A car was attacked in Sakarya, Turkey. This video has gone totally viral. The owner had parked the car near a shop. Then next morning upon arrival he saw the car damaged. The person suspected the car was attacked by thieves or by some act of vandalism.

However, a CCTV footage showed the real culprits. The car was attacked by a pack of 8 stray dogs. These dogs ripped off the entire front end of the car.

The total cost of repairs for the car is reported to be around 5000 Turkish Liras (Rs, 1,06,824). The unfortunate part is that the car owner will have to pay up as his insurance does not cover animal attack on a car.

Watch the video below: