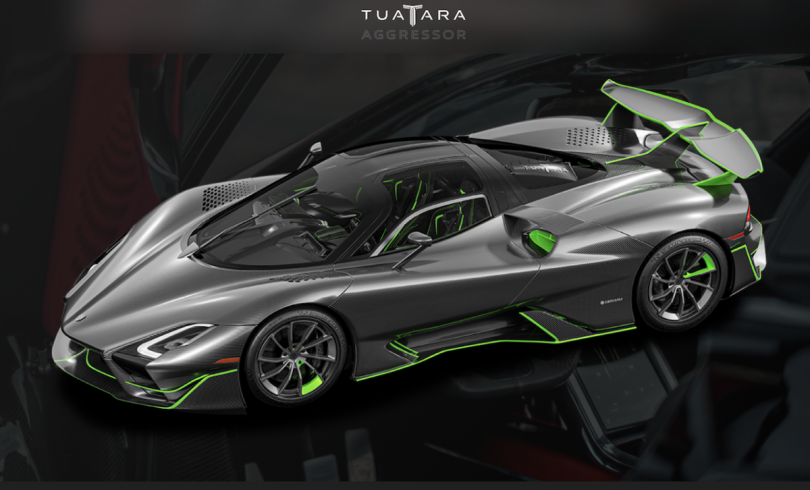 The Tuatara Striker comes with an aggressive design with a V-shaped front, with an integrated splitter wing on the apron. But the most significant change is on the rear of the hypercar. The Striker now comes with a large spoiler that works in conjunction with the active aero surfaces. The Tuatara Striker boasts of having abilities both on and off the track.

The Aggressor is an exclusive for the race track. The brand will supply the Aggressor in ultra-limited quantities. The Aggressor also comes with carbon roll structures, a track-exclusive carbon dashboard, and carbon aesthetics. The race car also gets a five-point seat belt customized according to the customer.

Powering both the Tuatara Striker and Aggressor is a 5.9L twin-turbo V8 engine with a flat-plane crank. The engine on the Striker produces 1,750 hp of power on E85 (ethanol fuel blend of 85% ethanol fuel) and 1,350 hp of power on 91 Octane fuel. The Tuatara Aggressor produces 2,200 Hp of power. The engine comes with a CIMA 7-Speed computerized manual transmission. The state-of-the-art Automated Manual Transmission claims to shift at sub-100-millisecond speeds. The powerplant is produced in collaboration with Tom Nelson of Nelson Racing Engines.

The Tuatara Striker and Aggressor come with a single hydraulically actuated active rear wing and a static downforce wing on the rear. The hypercar features 18 sqft of frontal area and generates a total downforce of 1,100 pounds.

The brand has not revealed the price of the Tuatara Striker or the Tuatara Aggressor. But the limited availability and exclusiveness will come at a premium price. 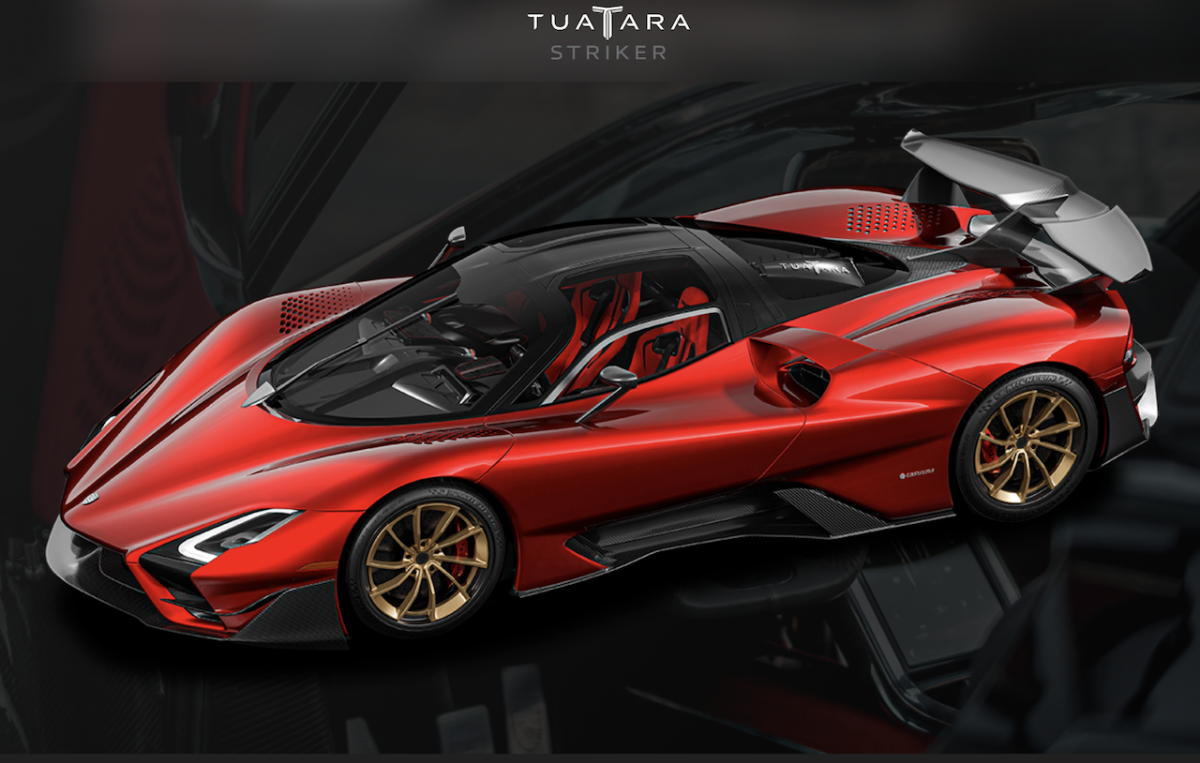 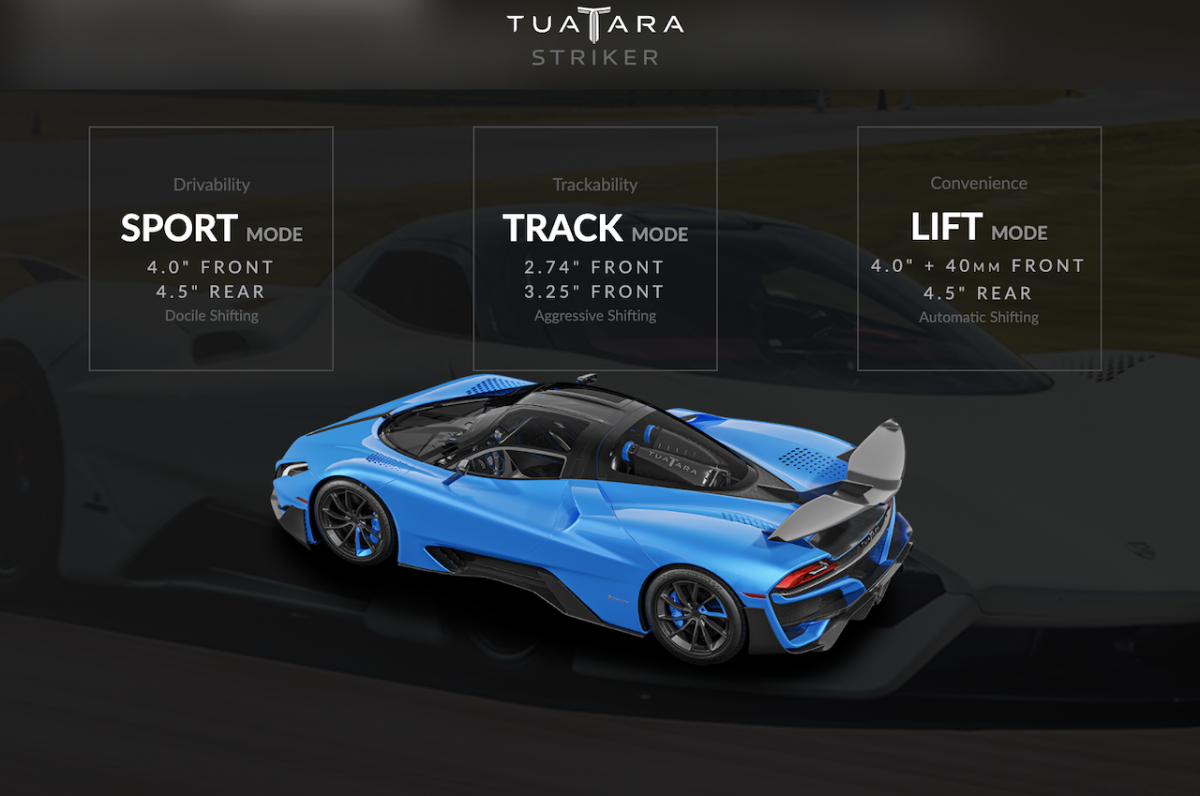