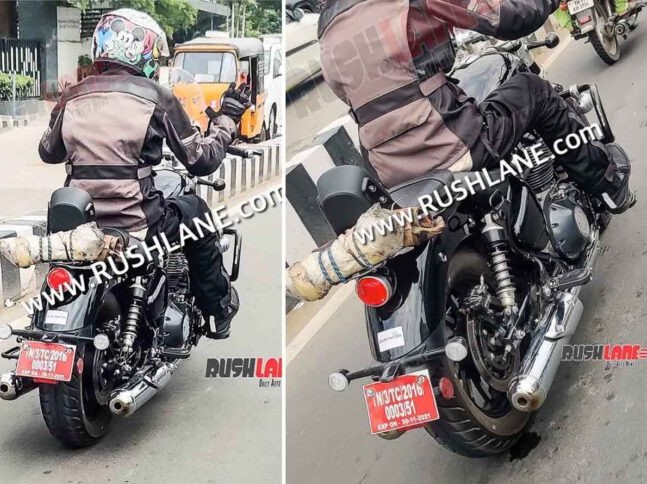 Some good news for the Royal Enfield fans out there. Recently spy shots of a 650cc cruiser have surfaced on the internet. And this makes us believe that this is the next big launch for the two-wheeler manufacturer. Royal Enfield will most likely use the Super Meteor nameplate for this 650cc cruiser. And the motorcycle will make its first appearance at the upcoming 2021 EICMA Show in Italy next month.

Being a Royal Enfield, this motorcycle will also retain its retro-looking outlook. Other highlighting design features include a circular headlamp with a chrome bezel, split-style seats, a tear-drop fuel tank, twin-sided exhaust canisters embellished in chrome, around taillight and broad fenders.

The rear-swept handlebar along with forward-set footpegs do add to the ergonomic value. The motorcycle will get all the necessary equipment and kit as per today’s standards in terms of features. From the spy shots, we can see a twin-pod instrument cluster. The system will probably get turn-by-turn navigation along with other electronic rider aids.

Royal Enfield will make use of the same 648cc air, and oil-cooled parallel-twin engine shared with the Interceptor and Continental GT. The performance figure of the motor stands at 47 BHP and 52 NM. The equipped gearbox is a 6-speed unit coupled with a slipper clutch. The chassis will get the support of an upside-down fork at the front and a twin-sided spring at the rear. Royal Enfield will probably make use of disc set up both at the front and rear. Dual-channel ABS is expected to be a standard offering. 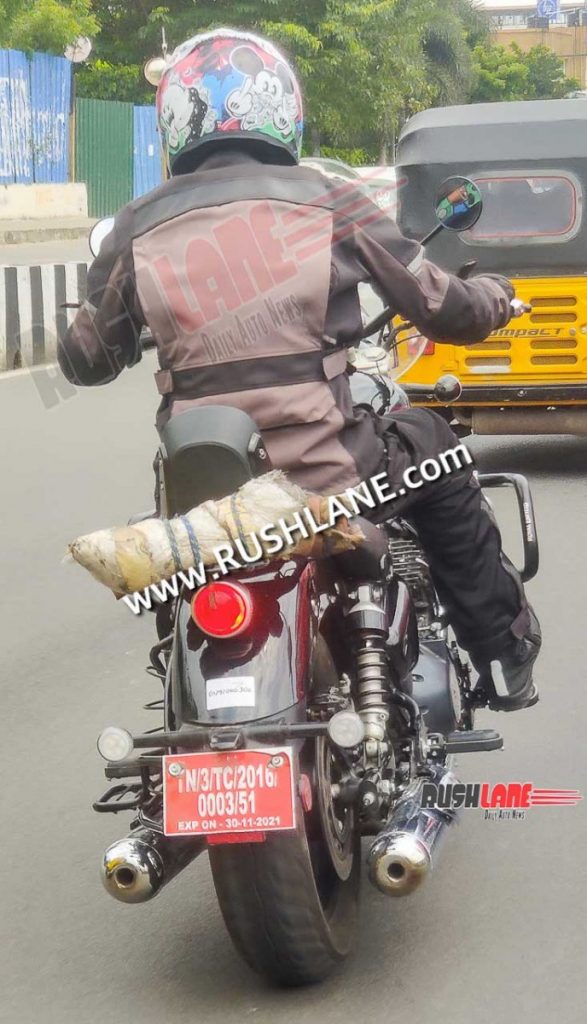