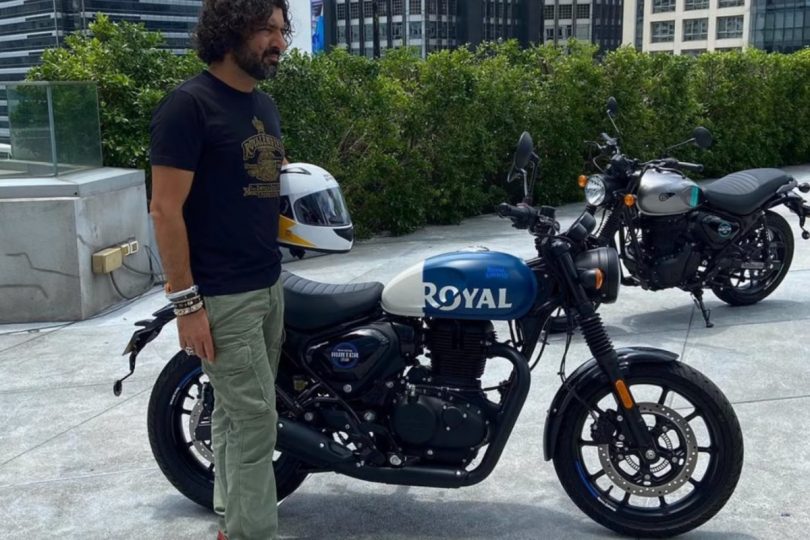 The upcoming Royal Enfield Hunter 350 is spotted once again. So far, we’ve seen the Metro Rebel variant in the Rebel Blue colour option and the base Retro variant in the Factory Silver option. The new spy shots show two Hunter 350s out in the open. The bikes seem to be parked for a shoot.

In the new spy shot, we see the same Metro Rebel in Rebel Blue. Additionally, we also get to have a first look at what looks like the Metro variant in the Dapper Grey or Dapper Ash colour option. Though we see can see the silver-coloured fuel tank, as the model sports alloy wheels, it definitely is not the Retro variant in Factory Silver finish. As we know from previous leaks, the Metro Rebel variant’s Rebel Red colour option and Metro variant’s Dapper Grey colour option will be exclusively available with Royal Enfield’s MIY customisation.

We won’t have to wait long to see the bike in detail as the launch is just 3 days away. However, we noticed something interesting from Royal Enfield’s first official teaser. The video has a scene where you can see posters in the background. These posters have photos of Royal Enfield’s CEO. Along with this, there’s ‘Bullet Meri Jaan’ under it with the date ‘05.08.22’. We’ll get to know tomorrow what did Royal Enfield mean by that.

So far, we know almost everything about the upcoming Hunter 350. The main thing we don’t know is the price point at which the brand will offer the bike. Apart from that, we know quite a lot about the bike from various sources and leaks. This includes the powertrain specs, dimensions, variants, colour options and more. 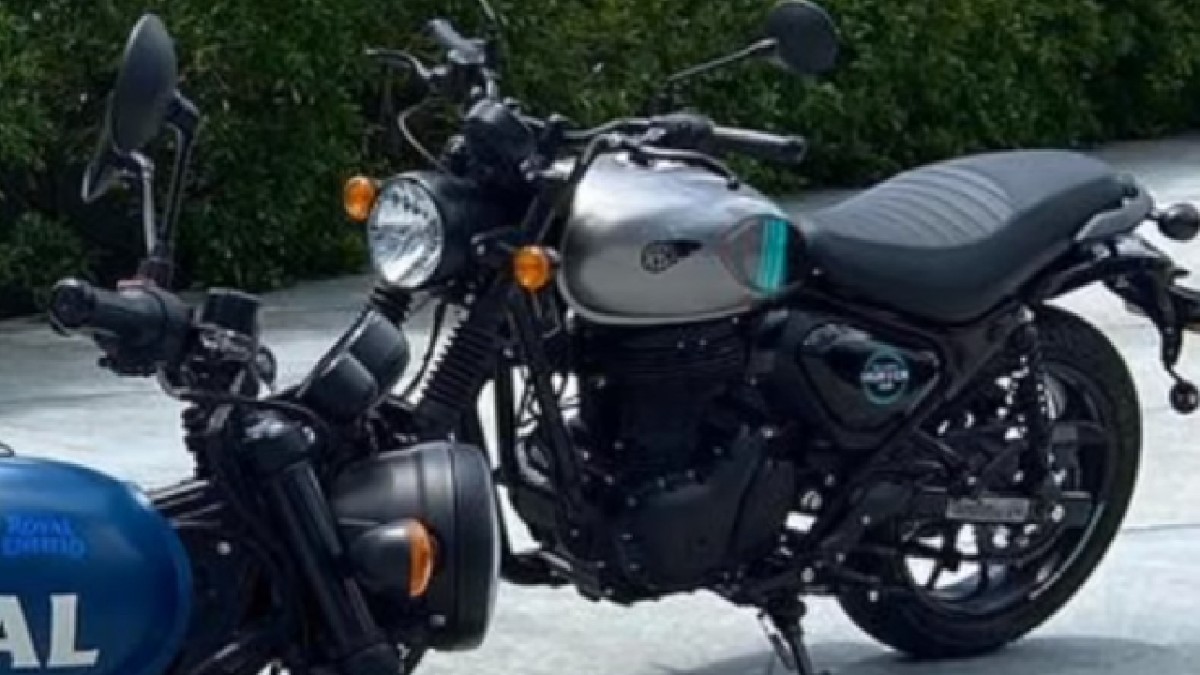