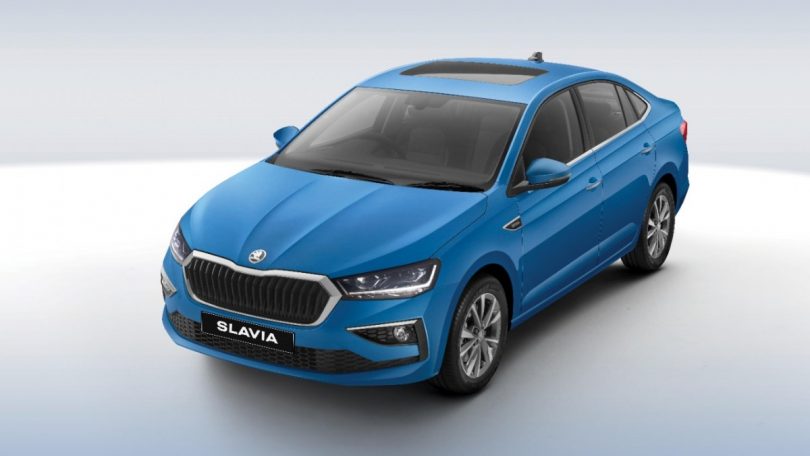 Czech automotive manufacturer Skoda has announced that it has begun the production of its all-new Slavia sedan in India. As part of its INDIA 2.0 project, Skoda will produce the premium mid-size sedan at its Chakan plant, Pune. Skoda stated that it would build the new Slavia with up to 95% localization, lowering the overall cost of ownership. Unveiled on 18th November 2021, the Slavia marks the beginning of a brand new journey for Skoda in India.

Skoda and Volkswagen both invested more than one billion euros in an effort to rejuvenate their plans for India. By following its INDIA 2.0 projection, both companies aim to reach a combined market share of 5% by 2025. The two companies will also share the MQB-A0-IN platform, specifically built for India, on all its forthcoming models. Skoda has also set up an all-new MQB production line at its Pune plant to fulfil its localization plans.

Along with LED headlamps and C-shaped LED taillights, the sedan also sports 16-inch, dual-tone alloy wheels with rounded wheel arches. Skoda will offer the Slavia in 3 variants- Active, Ambition, and Style along with 5 colour options in India. These include Candy White, Brilliant Silver, Carbon Steel, Tornado Red, and Crystal Blue.

Additionally, the premium sedan will also feature a utility recess on the dashboard, smartphone pockets, rear cupholders, and a sunroof. The top-spec Style variant will feature the touch-control Climatronic system with Air Care function, six airbags, and ISOFIX mounts. Other convenience and safety features of the Slavia include Hill-Hold Control, rain and light sensors, and cruise control.

Skoda will offer a choice of two petrol engines for the new Slavia sedan with no option for a diesel. The first is the 1.0-liter three-cylinder turbo-petrol engine, sourced from Volkswagen that develops 115 PS and 178 Nm. Meanwhile, the Slavia will also feature the 1.5-litre, four-cylinder TSI turbo-petrol engine, producing 150 PS and 250 Nm. 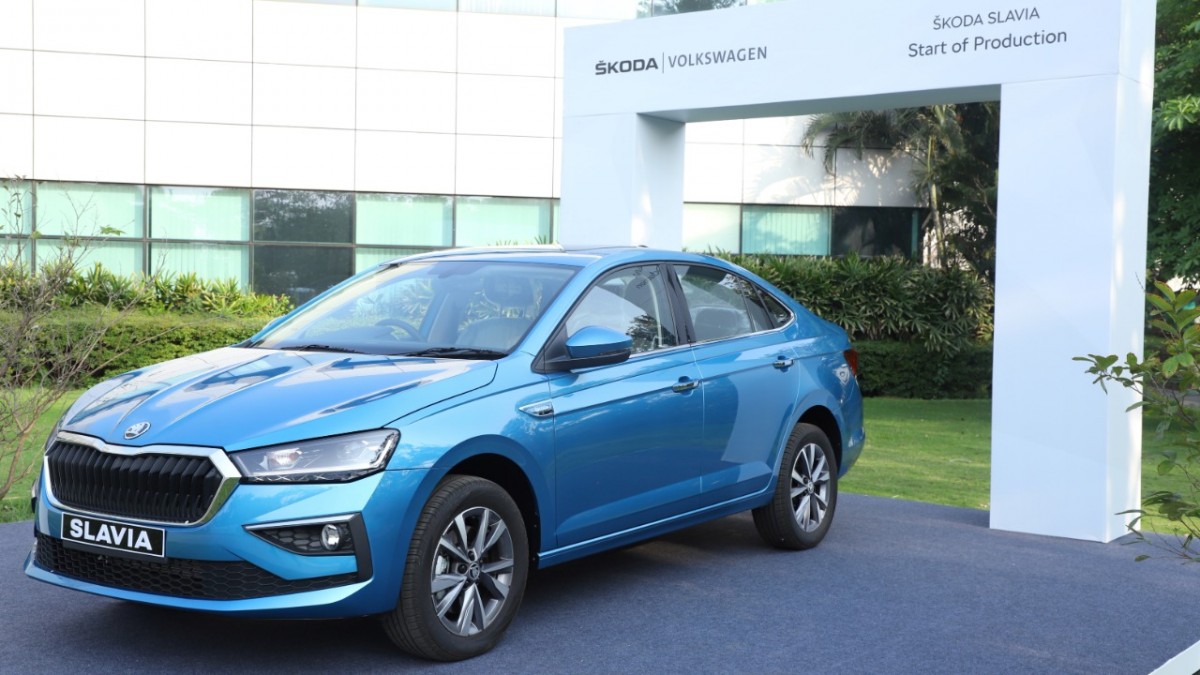