Skoda is planning to bring a new saloon to the Indian market. The brand intends to position the new car above the Rapid sedan. While specific launch details on the vehicle are still unknown. But Skoda’s Director – Sales, Service & Marketing, Zac Hollis, revealed that the brand plans to launch the car by the end of this year. Zac replied to a Twitter query with “We will not launch a new Rapid. We will unveil at the end of the year a new mid sized sedan”.

Skoda is likely to use the MQB-A0-IN, which also underpins the Kushaq SUV. The new platform is the highly localised version of the Volkswagen Group’s MQB platform. Leaked documents in the past also suggest that Skoda could name the new sedan, “Slavia”. But it is still not confirmed if the car will be sold alongside the Skoda Rapid or will the brand discontinue the Rapid. In any case, Zac Hollis also confirms that even if Skoda discontinues the Rapid, the brand will provide parts for the Rapid for 15 years after the end of production.

The Skoda Slavia is likely to come with features such as LED headlamps and taillamps and the new generation Skoda grille. The brand will also offer features such as automatic climate control, a large touchscreen display, wireless smartphone charging, Apple CarPlay and Android Auto, a new-generation Skoda steering wheel, premium seat upholstery and an electric sunroof etc. The sedan will also get comprehensive safety features, including multiple airbags, ABS, EBD and stability control, among others. 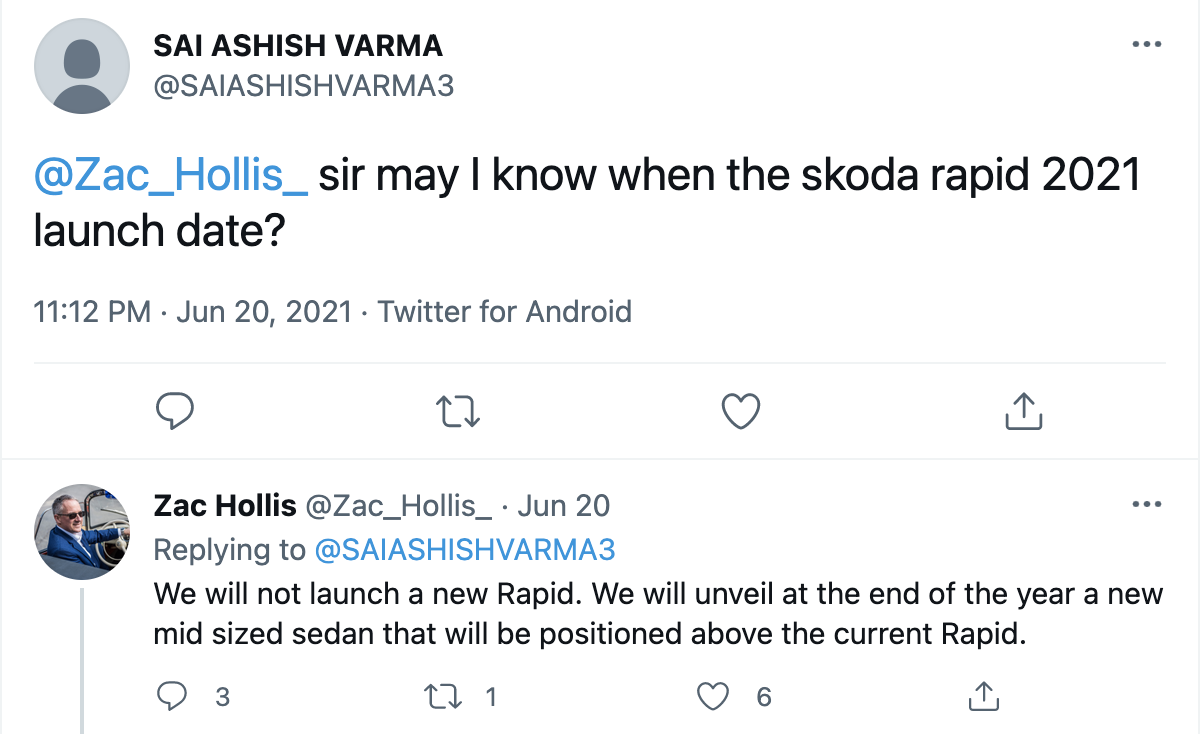