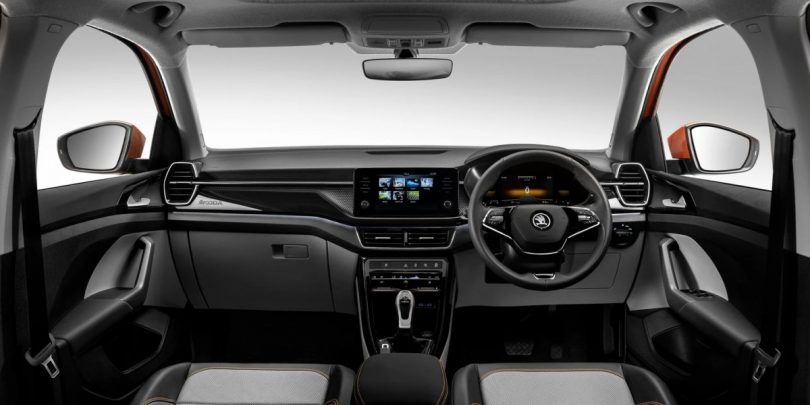 Just over a month ago, reports came in that Skoda will be replacing the 10-inch touchscreen display from the top-end variants of the Slavia and Kushaq. The move was to combat the ongoing chip shortage plaguing the automotive industry. Earlier reports suggested that it would be an aftermarket unit. However, Skoda was quick to react and cleared out that it was not one. The company stated it was a global unit that is standard in its cars in the European market.

It is likely that this transition is not permanent. Once the semiconductor supply improves, Skoda could revert to the bigger 10-inch ‘Skoda Play’ touchscreen unit.

Since the smaller touchscreen is the same that comes with European Skodas, it is not too much of a downgrade. The system is the last-generation system and software that did duty in the Superb and Kodiaq. The same system is still present in these cars.

As for features, it gets Android Auto and Apple CarPlay. Furthermore, it also supports Mirror Link functionality. Other features include a three-band equaliser, trip stats display output, and display for the TPMS.

Touch responses are not as sharp as before. However, they are still one of the better ones around. The user interface is easy to navigate, and it also gets shortcut buttons on the homepage. Furthermore, there are also touch-sensitive shortcut keys on either side of the screen. There are also physical knobs for scrolling and volume. Thus, making it easier to use while driving than the old unit.

Because of the large bezels, Skoda was able to reduce the screen size but maintain the size of the housing. Thus, making it easier to retrofit it to Slavia and Kushaq’s dashboard.

A big negative about the 8-inch touchscreen is that it misses out on Skoda Play apps. However, it still gets some connected features. Skoda also says it has improved the quality of the rear-view camera even compared to the earlier 10-inch unit.

How Else Is Skoda Dealing With The Chip Shortage?

In addition to using a lower-spec touchscreen unit, Skoda has also made changes to the variants to help with the chip shortage. Skoda has introduced a new Ambition Classic variant for the Kushaq. The Ambition Classic variant slots between the Active and the now-discontinued Ambition variant. Hence, it serves as the new mid-spec variant. There was also an Active Peace variant on offer. However, it was limited to 600 units only and is now sold out.

The feature revisions and changes in variants will help the brand lower the waiting times and keep the deliveries going. 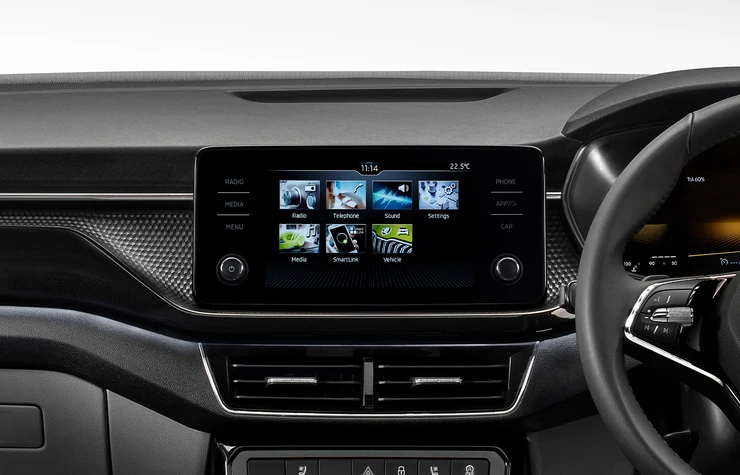