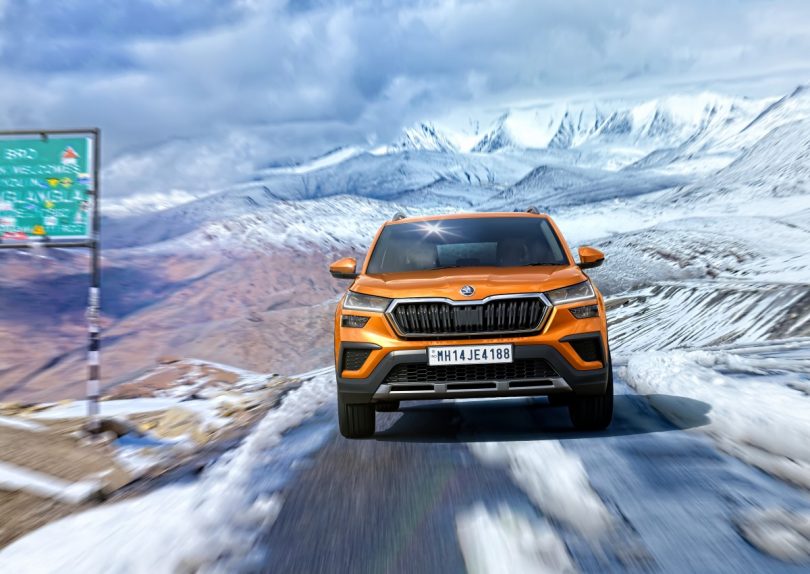 Skoda recently launched the new Kushaq SUV in the Indian market. The SUV is in much demand in the Indian market, with bookings crossing the 10,000 mark. However, reports suggest that customers are experiencing an issue with the Kushaq SUV. Sources indicate that the owners of the Kushaq SUV are reporting troubles such as the engine getting cut-off and power loss. Also, reportedly the Kushaq SUV shows the Electronic Power Control (EPC) error light on the dashboard. The problems could be related to a fault in the fuel pump of the Kushaq SUV. This may also lead to problems with the fuel injection system, the accelerator pedal, cruise control or traction control system.

According to Zac Hollis, Director, Sales and Marketing, SKODA India, the brand has replaced the existing fuel pump with a new robust unit. The brand is supplying the latest vehicles with this new unit, and the brand will also replace the fuel pump of the existing Skoda Kushaq customers with the new robust fuel pump unit.

Skoda is also likely to replace the new pump free of cost to the customer. The company also urges its customers to bring the Skoda Kushaq SUV to the nearest dealership to get the replacement part. The brand is also likely to make an official recall announcement in the near future. The problem with the fuel pump is on the 1.0-litre TSI family engine. The engine produces 115 PS of power and 175 Nm of torque.

Skoda is likely to update the Kushaq Style variant with new safety equipment such as 6-airbags, including additional side and curtain airbags. The brand is also employing a TPMS (Tyre Pressure Monitoring System) for extra safety. However, reports suggest that the new safety updates will only be limited to the Skoda Kushaq Style Manual Transmission. Skoda is likely to omit the safety update from the Style Automatic Transmission variants. 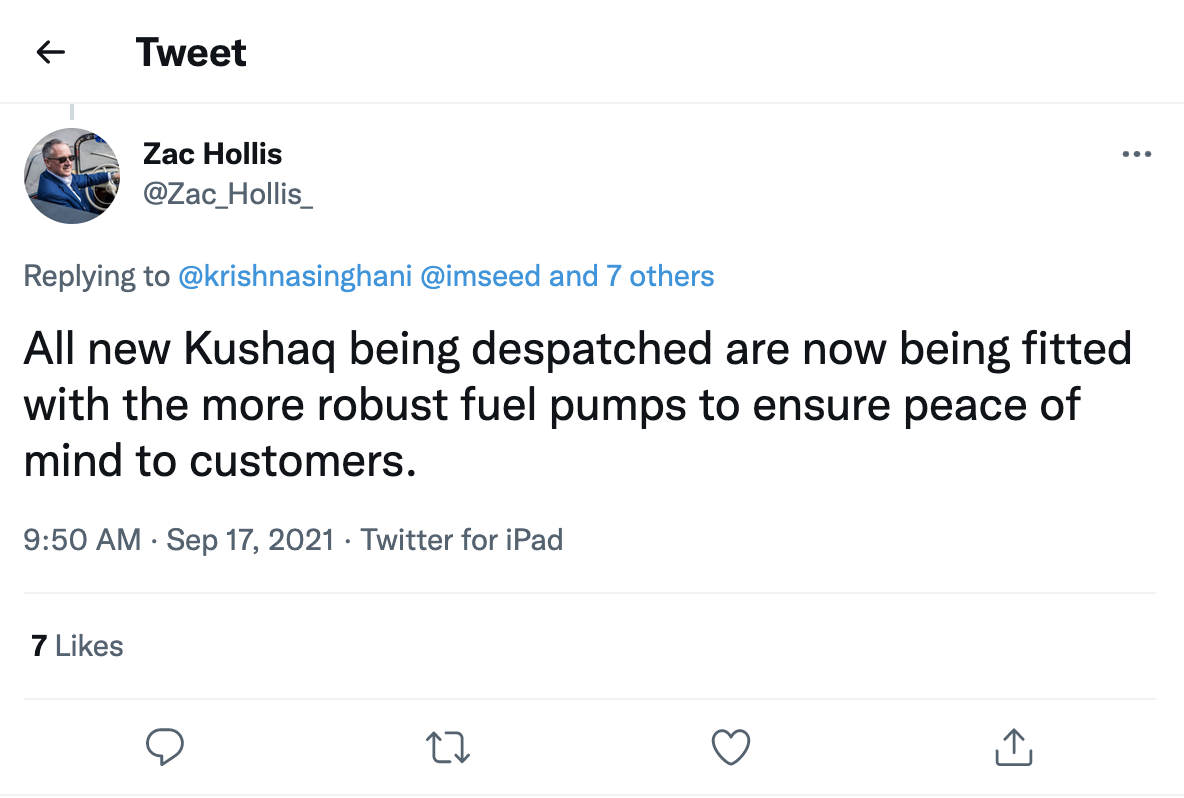