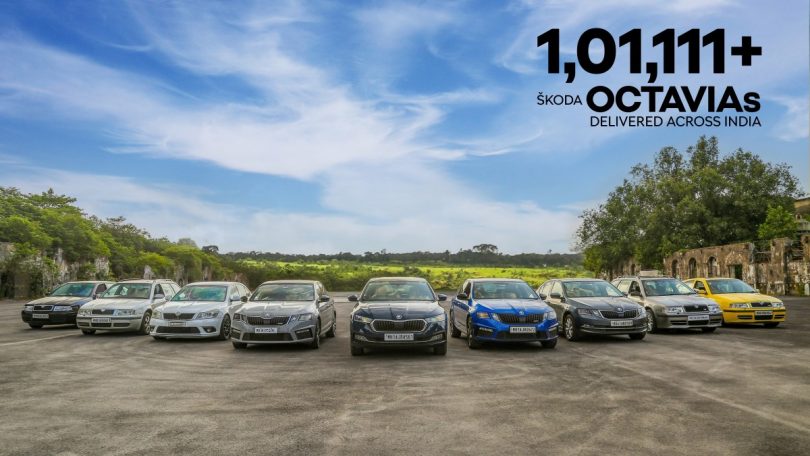 Skoda Auto India’s Brand Director said that the Octavia has been synonymous with Skoda since the brand’s entry into India. He further said the model introduced Indian consumers to a value luxury package of design, technology, comfort, versatility and driving dynamics. Furthermore, it created its own segment when Skoda launched it in 2001. He went on to thank the family of fans and customers’ continued love and support for the Octavia for over two decades.

In the current era, they say change is the only constant. However, four generations of the Octavia have met, tackled, survived and succeeded in the face of constantly evolving challenges, market conditions, economic fluctuations and customer preferences. From a time when India was witnessing launches of the latest cars from around the world to a time when the trend moved from a hatchback to a sedan to an SUV, the Octavia has stood its ground. Helping the model was its timeless design, quality, and also its ability to engage the driver and its passengers. Hence, it was and is a successful car in the C-segment in India.

What Does ‘Octavia’ Mean?

The name has Latin origins, which denote the number 8. Skoda chose the name as it was the 8th all-new model in its post-war lineup. Furthermore, it is also the 8th car in Skoda’s modern generation of cars to feature independent all-wheel suspension. However, more importantly, in music, an octave is a perfect interval. It is also a perfect cyclical rhythm of 8 beats. Moreover, it is also the simplest rhythm to follow. Hence, nearly all music in all styles and forms is composed in it.

Skoda says the Octavia stays true to its name. This is because the model always offered balance, consistency, versatility and simplicity. Skoda used the Octavia name first in 1959 and then in 1961 in the Octavia Combi. The production of the model ended in 1971. Later on, Skoda resurrected the title in 1996 under the VW Group. The model was unofficially referred to as the Octavia (OG). However, the company referred to it as the Octavia (A4).

Return Of The Octavia

Under the VW Group, Skoda introduced the first generation Octavia internationally in 1996. The model also brought several technological features to the company’s production cars. These features include front-side airbags and power steering on all versions. Furthermore, it also brought along turbocharged engines to the Skoda brand.

The first generation Octavia, or the Octavia (A4), made its Indian debut in 2001. In 2004, Skoda also introduced the vRS variant. The vRS was the first Skoda to wear the iconic, performance-oriented badge in a production car. In addition to the vRS, Skoda also introduced the Combi in TDI, TSI and vRS forms in 2004. The vRS was also India’s first-ever turbocharged petrol engine passenger car.

The vRS was also the first distinct, high-performance version that was not a mere cosmetic job. Today, the badge has its own organic clubs and fan following in the country.

In 2005, Skoda re-badged the next generation Octavia as the Laura (A5) in India. However, with relevant updates, the Octavia continued to be on sale till 2010. The A7 Octavia came to India in 2013. It also got a vRS version with the vRS 230 in 2017. In 2020, Skoda brought the Octavia vRS 245. The model still remains one of the fastest road-production Skodas.

The current generation Octavia, A8, came in 2021. Today, the model remains the only product in its category. To date, Skoda has sold over 7.5 million Octavias in all body styles.

The Octavia opened up the Indian market to its first premium sedan experience in that price range. Moreover, it also presented a unique notchback design. It debuted the elegance and proportions of a sedan but with the ability to lift the boot and glass section together. The ‘Simply Clever’ engineering solution gave the Octavia hatchback-like versatility and estate-like practicality. It offered 528 litres of boot space which one could extend to 1,328 litres. The huge opening door also provided an incredible loading area. The current Octavia offers 600 litres of boot space. This can be extended to 1,555 litres. Thus, maintaining consistency with the ethos of the Octavia name. 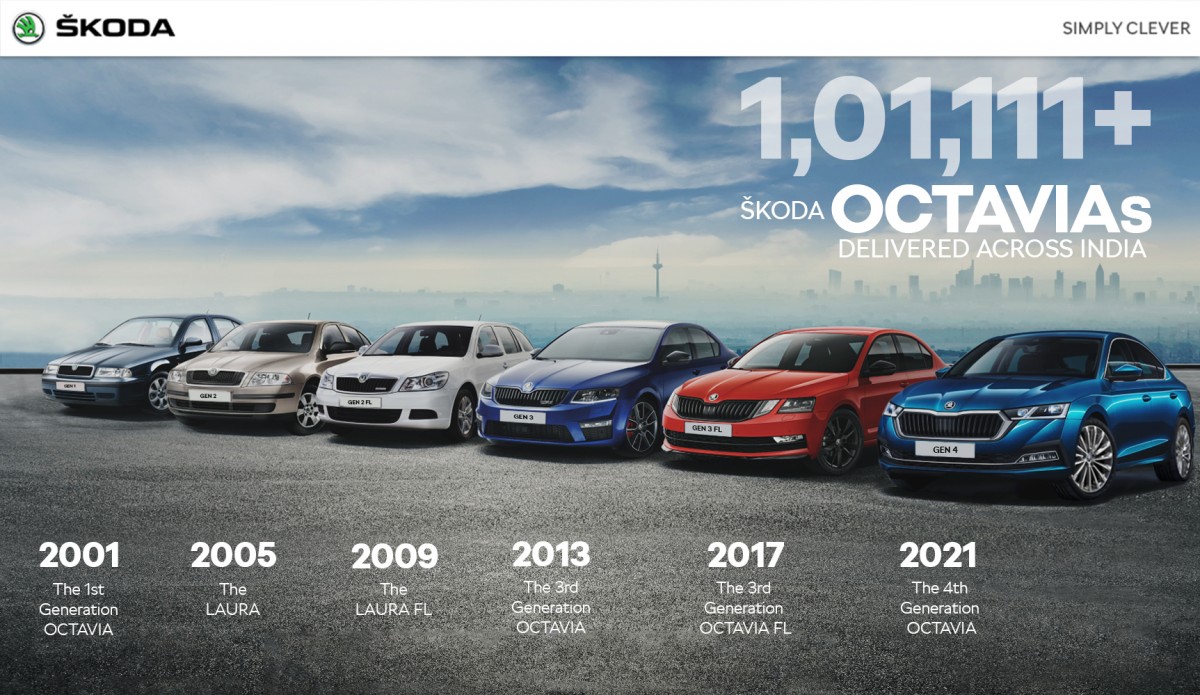 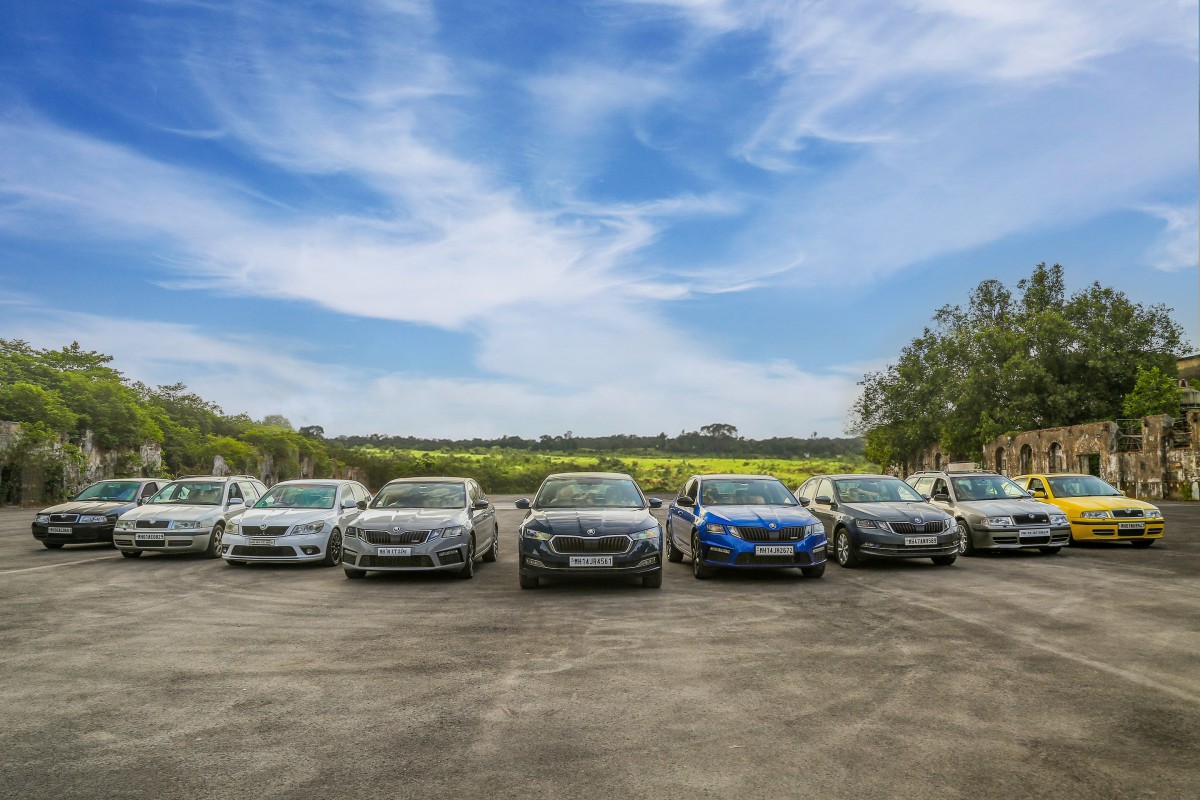