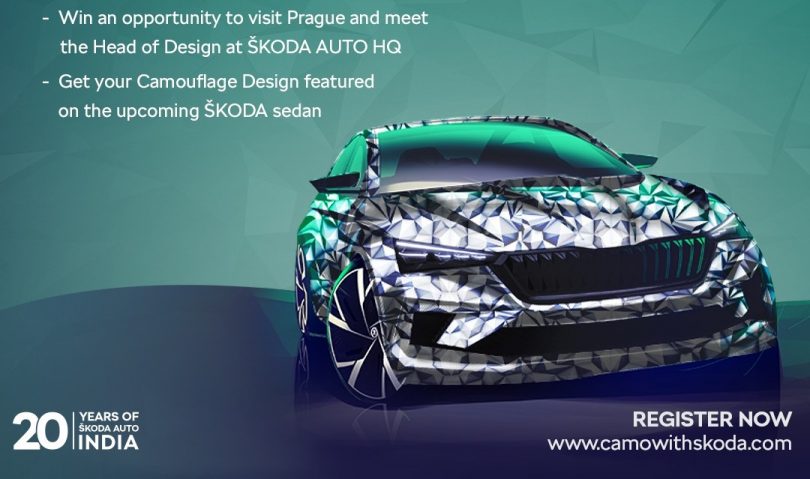 Skoda has announced a new contest calling upon budding designers in India. These designers will participate in a contest to create a camouflage wrap for Skoda’s upcoming mid-size premium sedan. The brand has announced that the entries for the competition will be open till 18th August 2021. Furthermore, the jury will shortlist only the top five entries, announced on 23rd August 2021. From the top five list, a final winner will be announced later.

Skoda has announced that the contest will have various criteria that adapt to the new creative and technical requirements. The judges will evaluate the design according to multiple factors. These include innovation, aesthetics, functionality, ergonomics, durability, impact, utility, the reality of production, and the emotional quotient. The brand also announced that the contest judge would be Mr. Gurpratap Boparai, Managing Director – SAVWIPL, Mr. Zac Hollis, Brand Director – ŠKODA AUTO India, and Mr. Oliver Stefani, Head of Design – ŠKODA AUTO a.s.

The brand also partially revealed a camouflaged sedan in the contest advertisement. The design sketch of the Skoda car reveals the new-age design that the upcoming vehicle will bring with it. The upcoming mid-size Skoda sedan will come with sharp headlamps that integrate with the radiator grille. The car comes with Skoda’s hallmark twin-vertical-slated grille design in the new sharp shape. The design sketch also reveals a wide smiling air dam on the front apron and the bonnet’s sharp cuts and crease lines. The bonnet also features a typical Skoda spine. The Concept design also showcases ultra-sleek and aerodynamic ORVMs and large twin-tone alloy wheels.

Skoda Mid-Size Sedan, Will it Replace the Skoda Rapid?

The new Skoda mid-size sedan, which could be named the Slavia, is not likely to replace the Rapid. But the car will slot above the Rapid and below the Octavia. This will help Skoda bridge the enormous price gap between the two sedans. Skoda is also likely to use the Indianised version of the MQB-A0 platform known as MQB-A0-IN to underpin the new Skoda mid-size sedan. 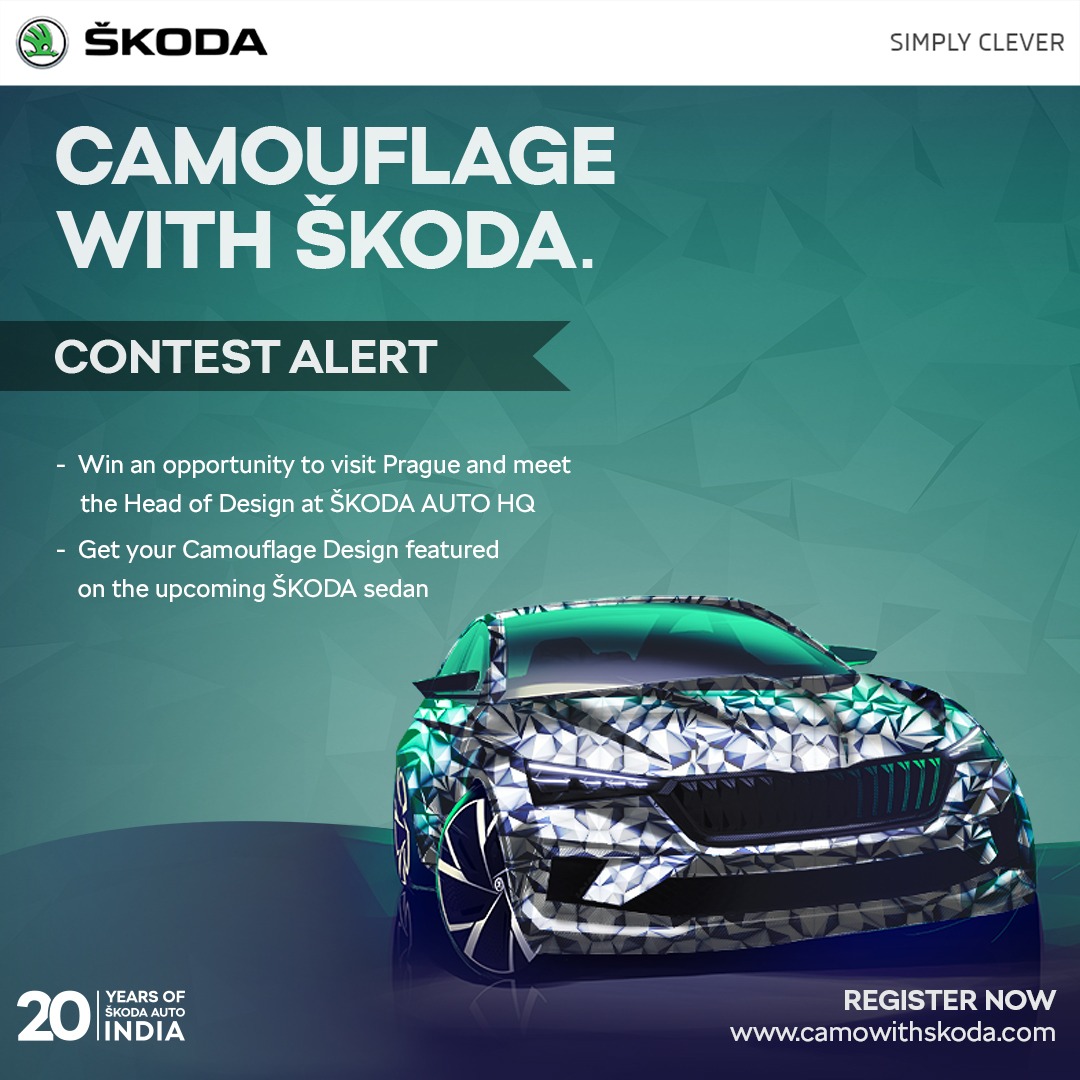