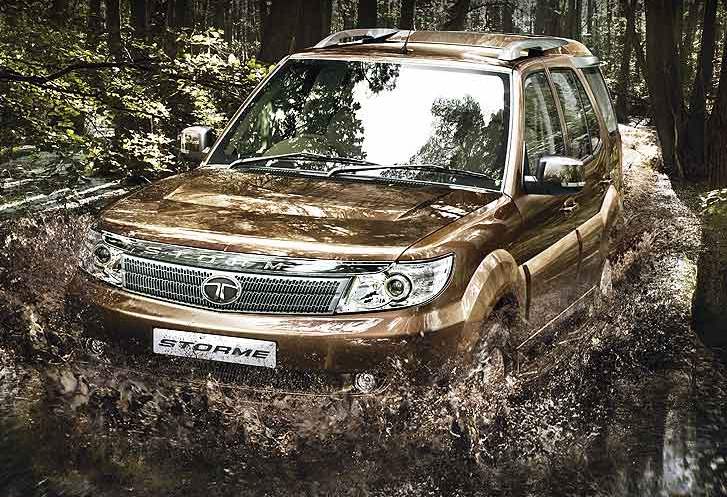 Plenty of spyshots of the refreshed Tata Safari Storme have been shared on the internet, now, it is being reported that the refreshed SUV from Tata Motors will make a market appearance in mid-2015.

Changes on the Safari Storme:

Powering the refreshed variant will get a more powerful 148 BHP, 2.2L, Varicor diesel motor which is also offered on the Tata Aria. Engine is expected to be retuned for better refinement.

Once launched, the refreshed Safari Storme will have more features in its kitty to fight against the Mahindra Scorpio. The Safari Storme was launched in 2012, but hasn’t managed to make quite the cut Tata would have imagined.