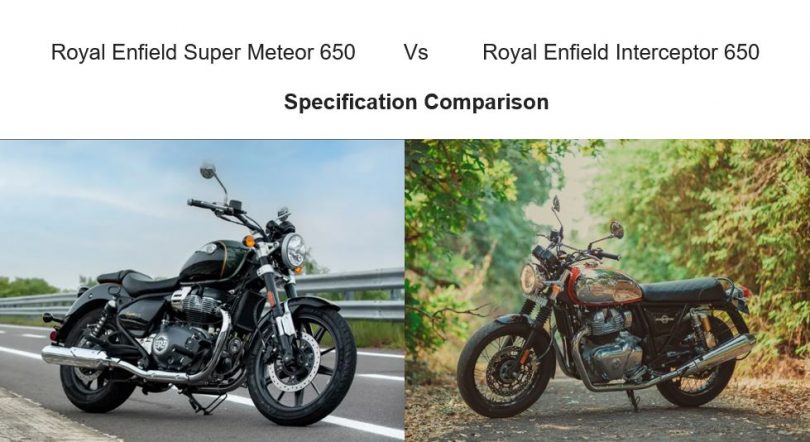 Both the Royal Enfield motorcycles will ride on the 648cc air/oil-cooled parallel-twin-cylinder motor. The performance figure of the twin-cylinder engine reads as 47 BHP of power and 52 Nm of torque. The engine gets a 6-speed gearbox with a slipper assist clutch. As per the norm, the engine is Euro 5 & BS6 emissions compliant and comes with 4-valves / cylinders.

Royal Enfield Super Metro 650 uses a new tubular steel chassis with a typical feet-forward cruiser riding posture. The chassis is created jointly with Harris Performance. The Super Meteor 650 uses 43mm USD forks with 120mm of travel for the front. Meanwhile, for the rear, we get twin shock absorbers that offer 101mm of travel. The braking duties are handled by a 320mm disc up front and a 300mm at the rear.

The Royal Enfield Interceptor 650 gets a twin-cradle tubular steel frame. This is too designed by Harris Performance. The motorcycle gets the support of a 41mm conventional telescopic front fork and twin shock absorbers on the rear. The braking power comes from a single 320mm disc brake on the front and a 240mm rear disc brake.

Both the Royal Enfield Super Metro 650 and the Interceptor 650 come loaded with top features, many of which are common. The notable features include multi-spoke alloy wheels, tubeless tyres, lateral visibility reflectors on the front and rear fenders, a round-shaped light setup, a twin-pot speedometer cluster, a hard-tail bobber-style rear profile, etc. 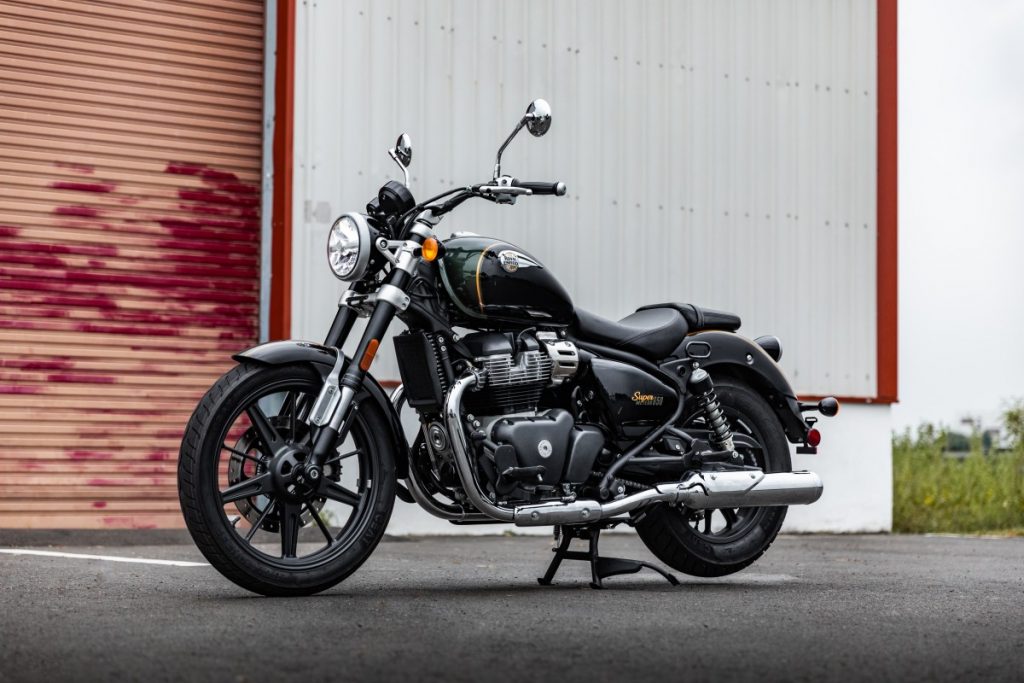 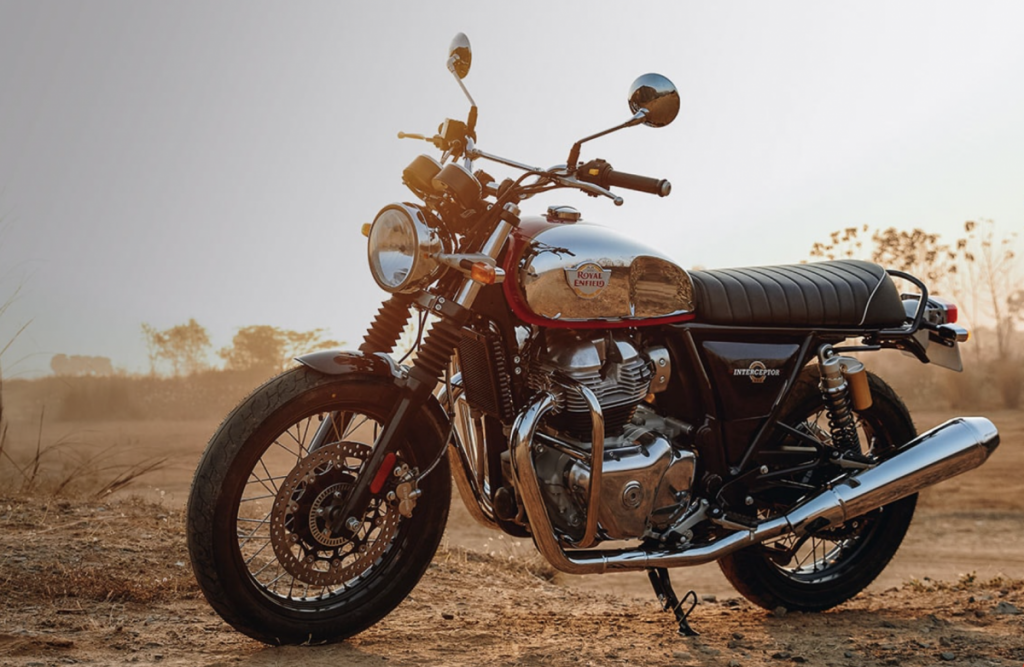