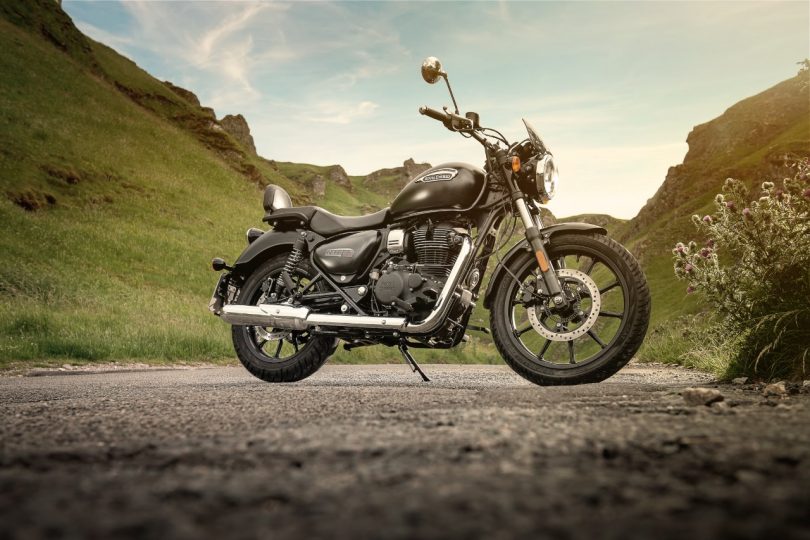 Apart from the hike in price, no changes have been made to the motorcycle. The Meteor range is still powered by the new-generation J-series 349cc single-cylinder four-stroke air-oil cooled motor with a new chain-driven OHC valve distribution system which replaces the old-school push-rod system making the engine operation smoother.

Additionally, the engine also comes with a new crankshaft balancing rod that further smoothens down unwanted vibration but the hallmark ‘Thump’ of the engine has been retained. Furthermore, the brand has also engineered a new oil cooling circuit within the cylinder head that improves the thermodynamic efficiency of the engine helping it run cooler which means less wear and tear and breakdown.

Royal Enfield has also started supplying the brand’s flagship motorcycles – the Interceptor 650 and the Continental GT 650 with CEAT tyres as a factory fitment. Earlier the brand used to supply the motorcycles with Pirelli Phantom Sportcomp tyres which are likely to have run out of stock with the vendors. Pirelli does not manufacture the tyres in the Indian market and due to the supply chain disruption due to the COVID-19 pandemic the import of the Pirelli tyres could have been hampered. The Royal Enfield Twin used to come with 100/90 front and 130/70 rear Pirelli tyres specially developed for Royal Enfield. Now, the manufacturer has silently switched to the same size CEAT ZOOM CRUZ tyres that come with a speed rating of 210 kmph.