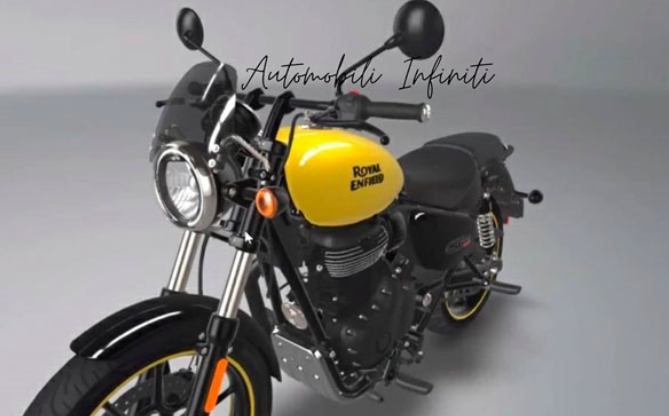 Royal Enfield filed patents for the Meteor moniker last year and about a month ago the production-spec Royal Enfield Meteor 350 was spotted in the open sans camouflage presumed to be out for a TVC shoot indicating that the brand is likely to launch the motorcycle soon in the Indian market.

Now a new set of pictures have emerged and have been circulating the internet that appears to be pictures of the brand’s motorcycle configurator that uses the bike computer-generated image to showcase its features and allows the addition of optional accessories to the said motorcycle.

The spied pictures reveal that the Royal Enfield Meteor 350 will be called ‘Meteor 350 Fireball’. As of now, it is not clear if the Fireball suffix is a product variant or is being used for a particular colour. One of the pictures reveals the price of the Meteor 350 Fireball which according to the spied pictures of the configurator show INR 1,68,550 which is believed to be included with the ‘Tinted Flyscreen’ accessory which is priced at INR 1,750 and other optional accessories.

Powering the Royal Enfield Meteor 350 Fireball is likely to be based on the new generation engine platform which will be a BS6 compliant 350cc engine with the chain drive on the left-hand side along with a double-cradle chassis and improved NVH levels. 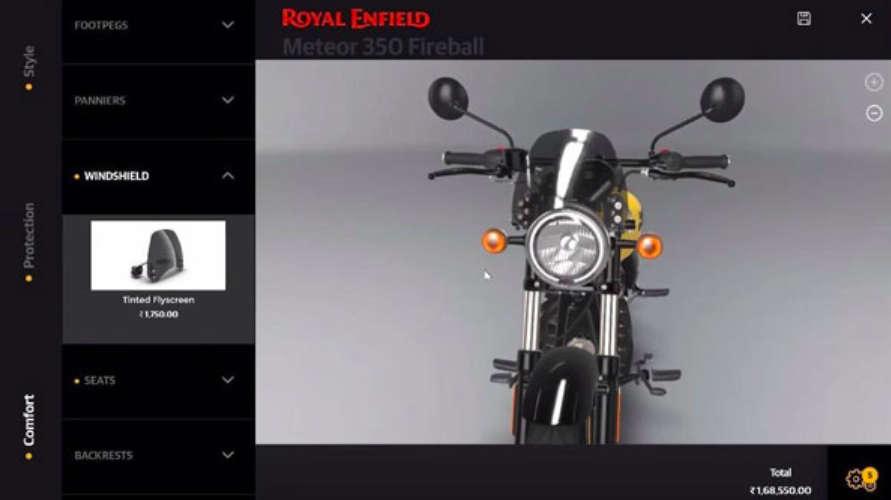