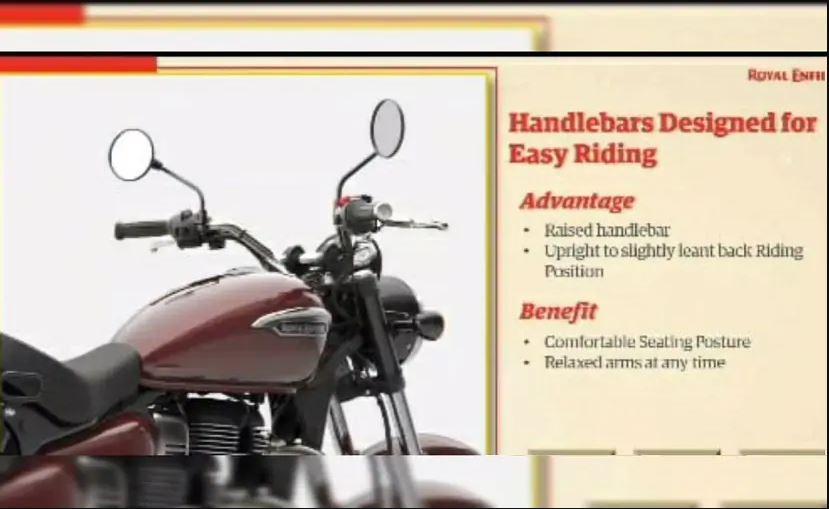 Royal Enfield is gearing up to launch a new 350cc motorcycle in the Indian market. The brand is expected to christen the new motorcycle ‘Meteor’, revealed by spy shots that emerged during the motorcycle’s during a TVC shoot, a few months ago. Now, new details on the Royal Enfield Meteor 350 have emerged on the internet which reveal the motorcycle’s engine and transmission details ahead of the bike’s official debut.

According to newly leaked data, the Royal Enfield Meteor is likely to be powered by a new-generation engine platform and will come with 350cc displacement in an air-cooled single-cylinder avatar with a long-stroke length delivering high torque figures and the brand’s hallmark thump. The Meteor 350 is said to develop around 20.2 Bhp of power and 27 Nm of torque.

The new 350cc engine is likely to be paired with a newly developed clutch and transmission system with less number of moving parts reduced friction and is likely to offer smoother gear shifting, a lighter clutch pull along with improved clutch life. The engine will, of course, be BS6 emission compliant and the reports suggest that it will be more refined than the previous generation offering “Effortless” acceleration and rideability for both highways and cities.

Leaked brochure documents in the past have suggested that the Royal Enfield Meteor will be offered in three variants – Fireball, Stellar and Supernova. The Meteor is also expected to be available in a wide variety of colour options from Matte, Metallic to Dual-Tone, depending on the variant.

The brand is likely to introduce the Meteor 350 sometime in September this year. 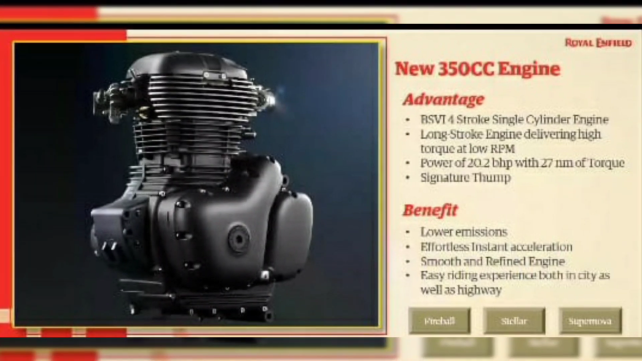 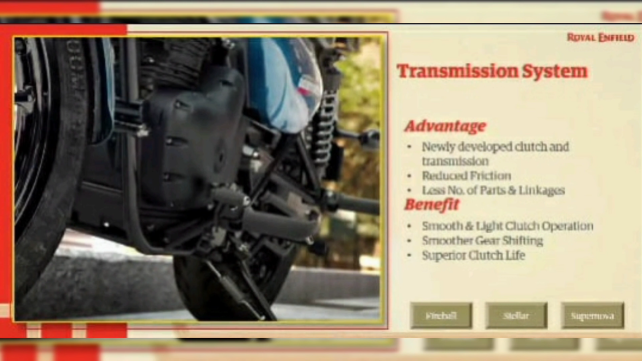