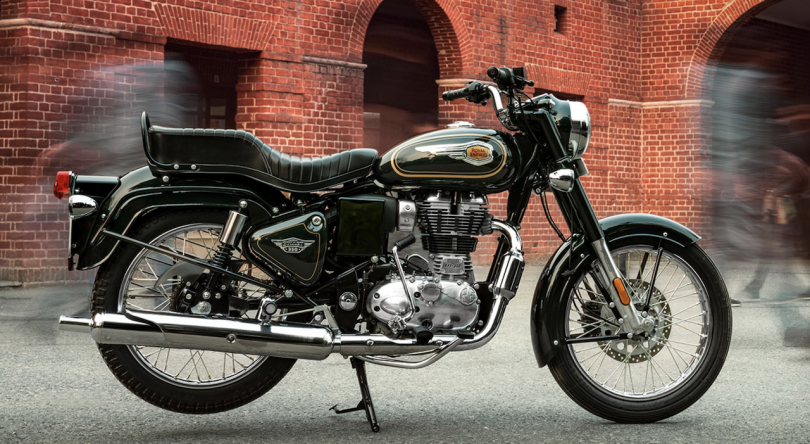 While Royal Enfield has launched the Meteor 350 which has been updated with a new engine, chassis and electronics, the retro-classic range which still includes the Bullet 350 has been upgraded with a new shade called Forest Green. The brand last year upgraded the Bullet 350 to BS6 emission standards and continues to sell the motorcycles to the retro-classic enthusiasts.

Apart from the added colour option, the Bullet 350 remains unchanged in terms of design as well as its mechanicals. The motorcycle is powered by a BS6 emission-compliant 346cc single-cylinder four-stroke, air-cooled engine with electronic fuel injection and a 70mm bore and 90mm long-stroke that offers an 8.5:1 compression ratio. The motor produces 19.1 Bhp of power and 28 Nm of torque matched to a 5-speed transmission with a wet multi-plate clutch.

The motor is housed inside a single downtube chassis using the engine as a stressed member and features 35mm telescopic forks on the front and 5 step adjustable twin shock absorbers on the rear. The braking power comes from 280mm single disc on the front with a tow-Piston hydraulic calliper equipped with ABS and a 153mm internally expanding mechanical drum brake on the rear. The motorcycle rides on 19-inch spoke rims on both the front and rear.