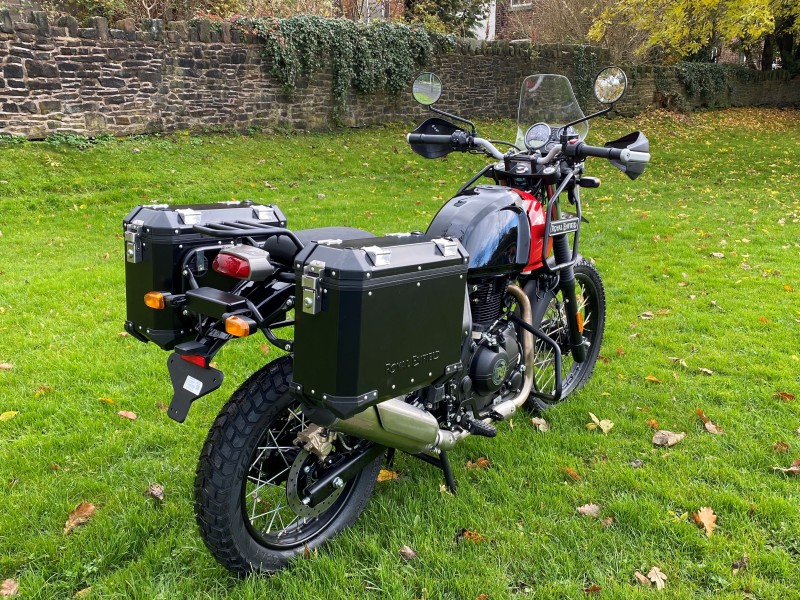 Royal Enfield’s popular adventure tourer motorcycle, the Royal Enfield Himalayan now gets an Adventure Edition in the UK. The company’s UK distributor has come up with the new Adventure edition model and comes preloaded with accessories that make the motorcycle ready to go on an adventure right from the dealership. The Himalayan Adventure Edition in the UK costs GBP 4,899 + OTR (GBP 200 for registration and 1st-year tax).

The Royal Enfield Himalayan is powered by a 411cc single-cylinder air-cooled SOHC engine that produces 24.6 Hp of power and 32 Nm of torque matched to a 5-speed gearbox. The brand has introduced the BS6/Euro5 compliant model in the Indian market but according to the official UK distributor, the Euro5-spec model is due in the first quarter of 2021 in the UK.

Apart from the accessories, the Royal Enfield Himalayan is factory equipped with a half-duplex split cradle frame, 41mm right side up telescopic front fork suspension with 200mm of wheel travel and a link-type monoshock suspension on the rear with 180mm of wheel travel, 21-inch front and 17-inch rear spoked rims shod in 90/90 front and 120/90 rear, dual-sport tyres.

The Royal Enfield Himalayan features 300mm single disc with the dual-piston calliper on the front and a 240mm single disc with a single-piston calliper on the rear equipped with a Dual-channel ABS switchable to single-channel ABS with Rear-wheel ABS control deactivation which is helpful during an off-road adventure to initiate a slide. The motorcycle offers a high ground clearance of 220mm and a comfortable 800mm seat height for a commanding yet approachable seating position for persons of all stature. 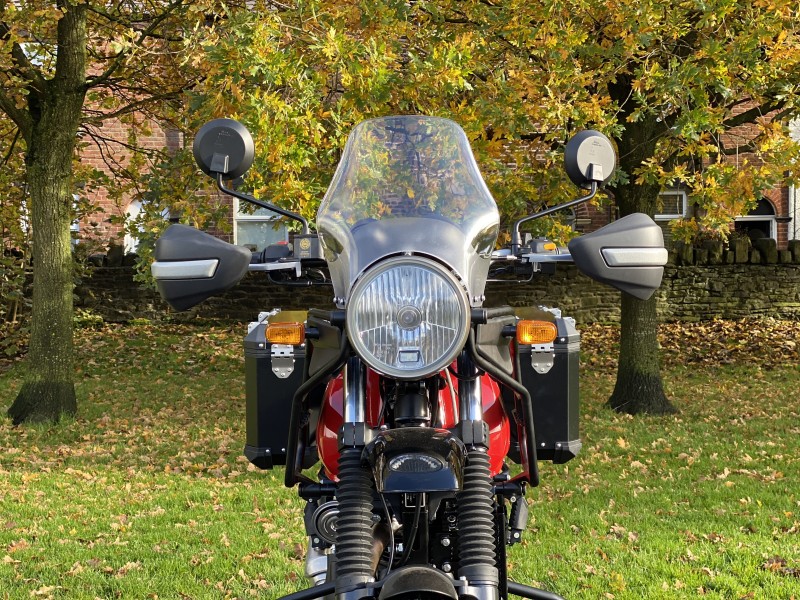 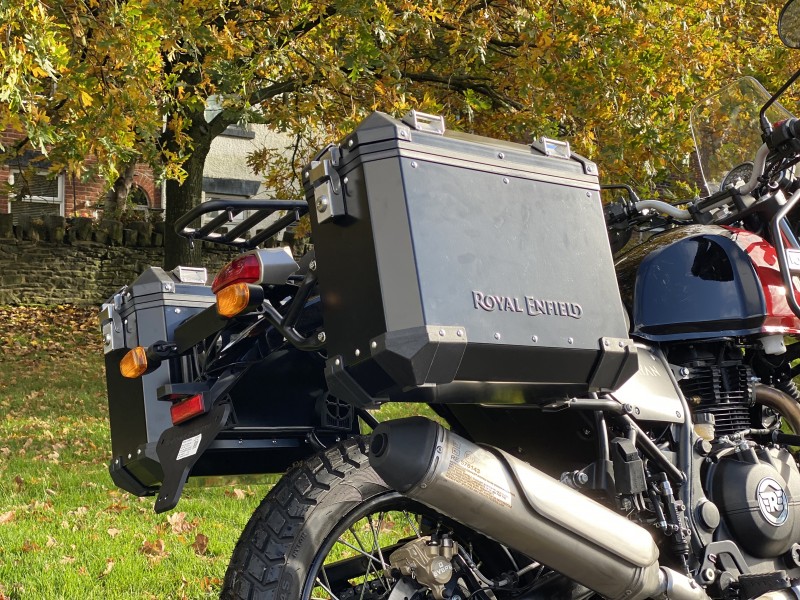 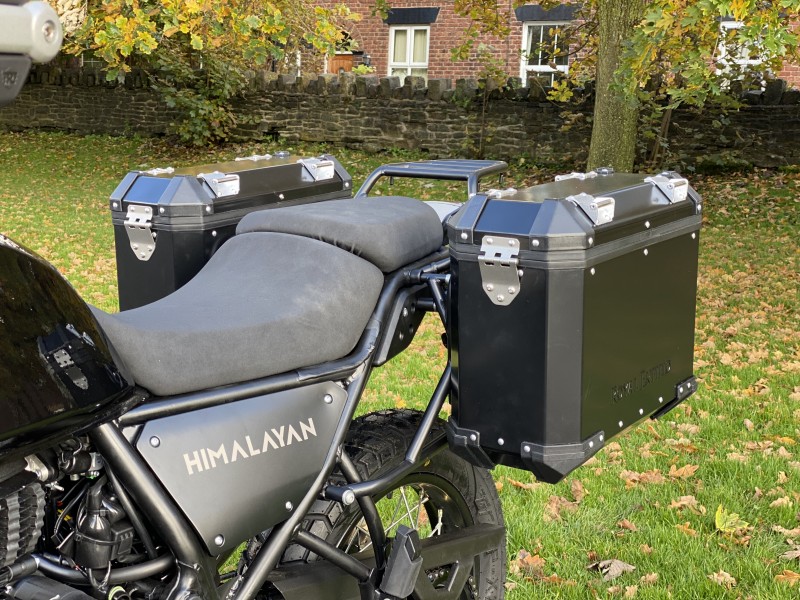 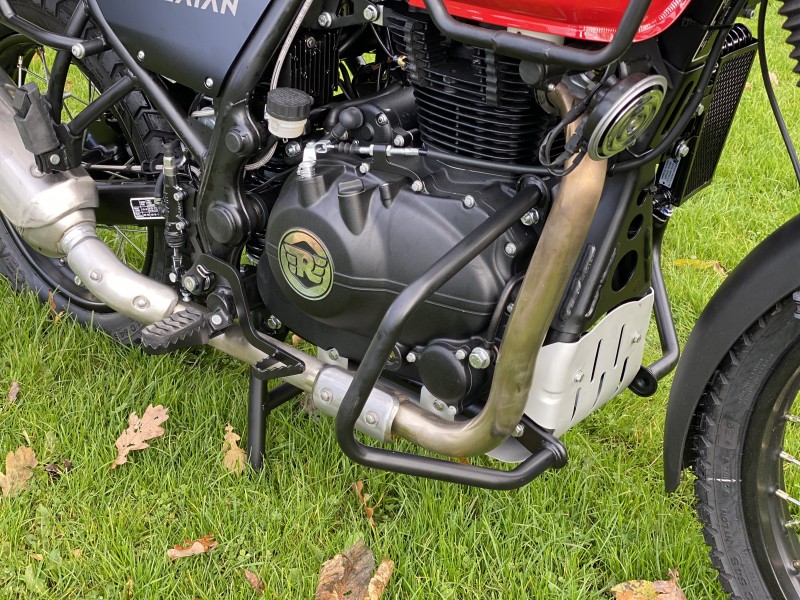 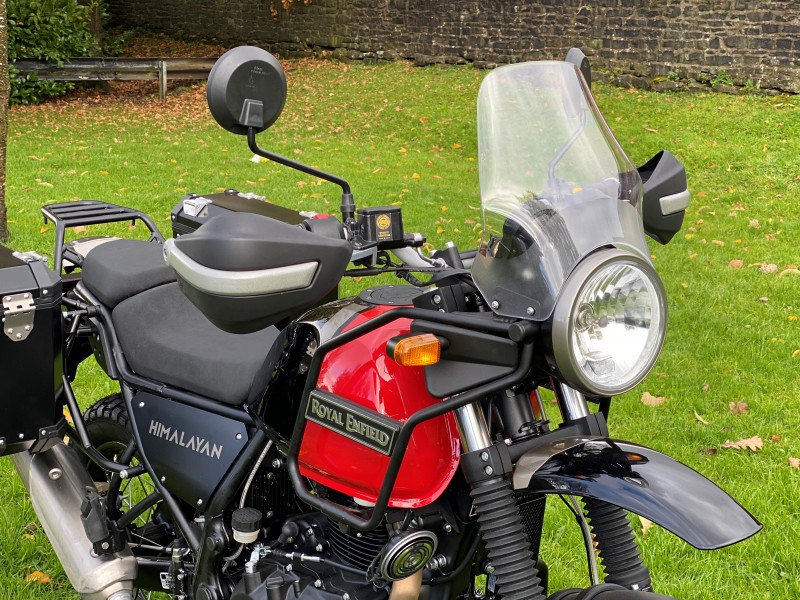 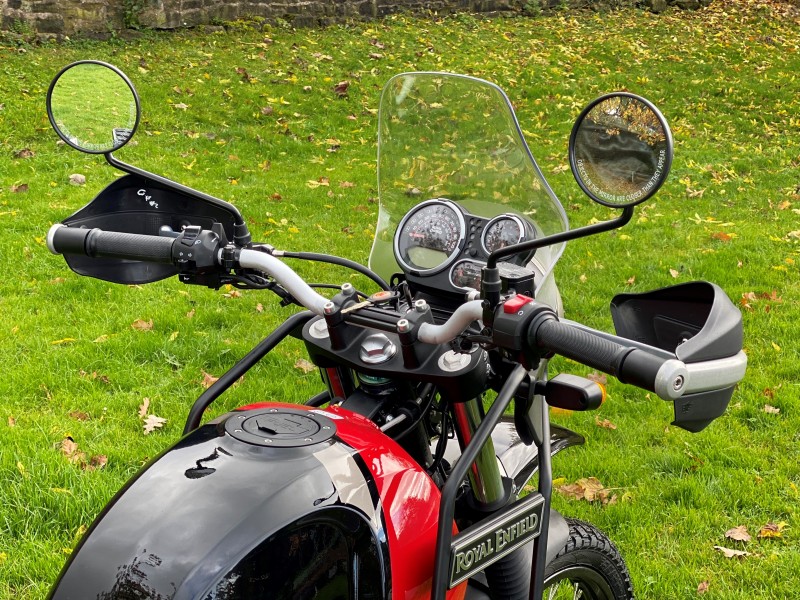 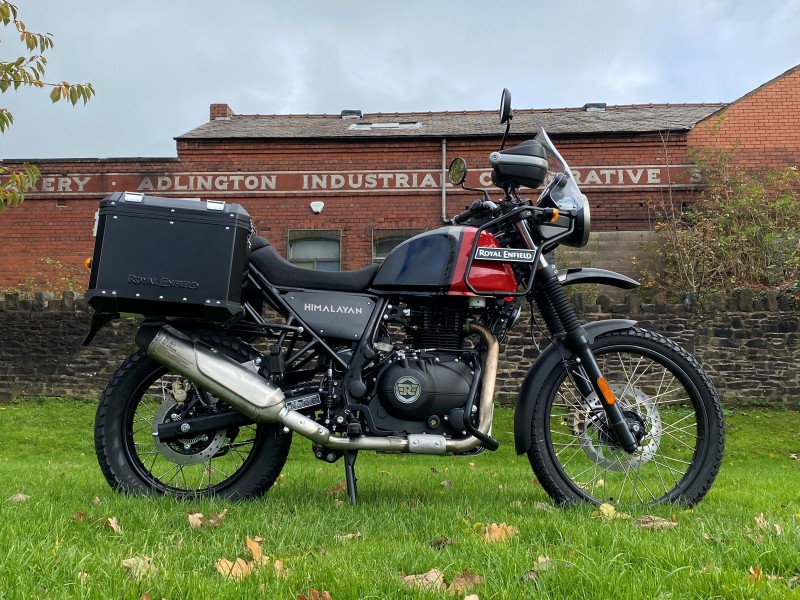 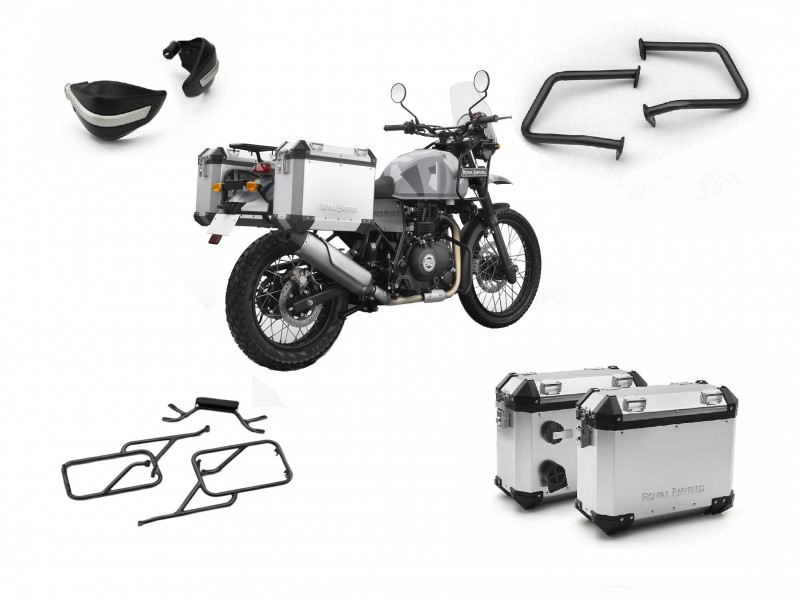