The 650-twins from Royal Enfield, the Interceptor and Continental GT have been the brand’s premium offering. But, it seems that the company is looking to give minor updates to the bikes to keep them relevant in the competition. The spy shots of the 2021 RE 650 have surfaced on the internet though there are no official announcements about the launch.

Both the 650 twins have been the key parameter for the comeback of Royal Enfield in the global market and there has been quite a positive response for both the products. These 650cc motorcycles gave an alternative to the customers other than the brand’s popular retro commuter and cruiser offerings. The facelift will further accentuate the motorcycle’s presence in the market and attract more eyeballs. Royal Enfield had announced that it has plans to launch 28 new motorcycles in the next 7 years and the facelifted Interceptor and Continental GT 650 could well be on the cards.

Though major upgrades are not likely and it is expected that there would only be minor tweaks like new colours, improved engine output, newly designed headlights and tail lamps. The trademark round halogen headlamps and twin exhaust mufflers are expected to be retained though some new equipment like Bluetooth enabled tripper navigation similar to the one present on the newly launched Meteor 350, will be a new inclusion. Royal Enfield had announced that the current owners of the 650 twins will have an option to buy the alloys which will come as factory fitment for the motorcycles produced from February 2021. It can be expected that the facelifted Interceptor 650 and the Continental GT 650 will also come with factory fitted alloys.

The current iteration of the 650 twins is powered by a 648 cc parallel-twin oil-cooled engine making 47 BHP of power and 52 Nm of torque which is mated to a 6-speed gearbox. Currently, the Interceptor 650 is offered at a price tag of INR 2.66 lakh where the Continental GT 650 is priced at INR 2.82 lakhs (ex-showroom pan-India). When launched the facelifted version could be priced a bit higher. 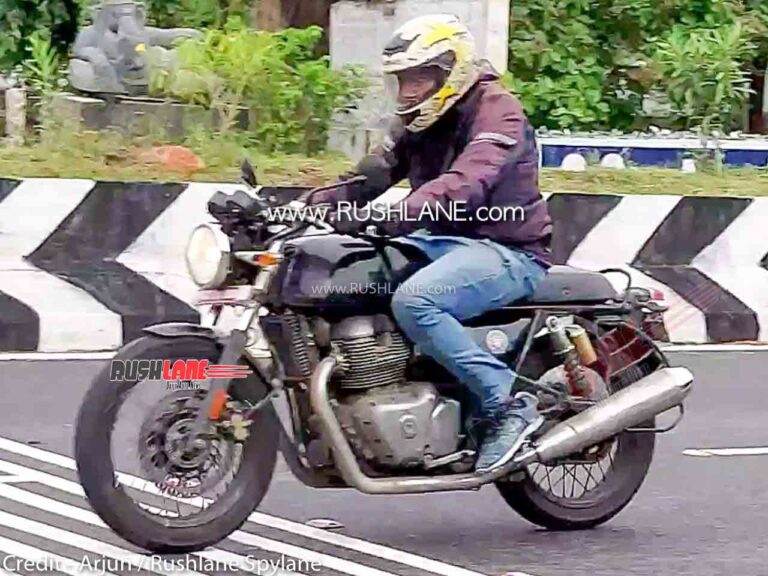