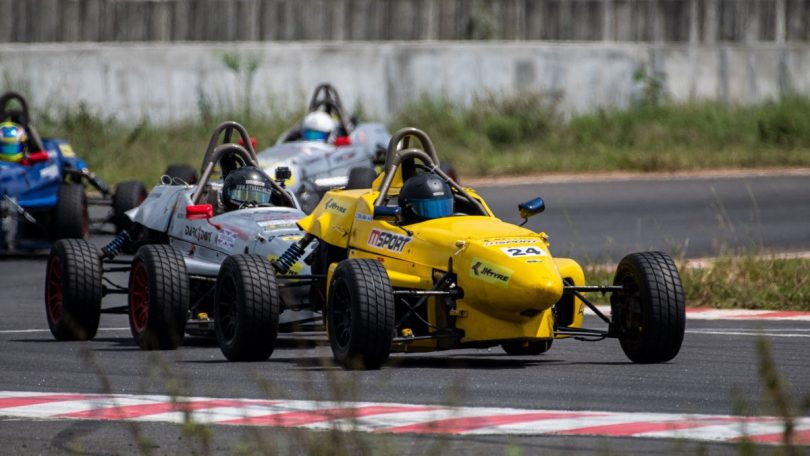 Round 1 of the 24th JK Tyre-FMSCI National Racing finally comes to an end with a lot to talk about. The highlight of this round was Vishnu Prasad, who finished on the podium twice in the Formula 4 LGB race. In the morning race, he secured the top position. Meanwhile, for the second race, Sohil Shah defeated him to take up his position.

In the Novice Cup, Ruhaan Alva was the talk of the competition as he finished P1. Competing for MSport, the boy from Bengaluru took an early lead and did not give away any places. Meanwhile, in the Royal Enfield Continental GT Cup, there was a close battle between Anish Damodara Shetty and Allwin Xavier. And finally, Anish bettered Allwin by 8.643 seconds. Vishnu Prasad of the MSport team leveraged the reverse grid to his advantage in Sunday’s first race.

On the race day, the condition was quite favourable as the tracks of the Kari Motor Speedway shone under the bright Sun. Given the fact that there was a heavy shower overnight, the bright sunny day did provide some relief. There was one incident on Saturday that saw one car going out of the track. The safety car was deployed for two laps to control the situation. After this, Vishnu Prasad and Amir Sayed had a tough fight among themselves. The two exchanged places on multiple occasions, and finally, Vishnu made use of all his experience and clinched the top position.

Amir was the winner of the Novice cup last year, and hence this race did provide him with some experience of top quality. Vishnu’s final timing was 22:45:828, 3.908 seconds ahead of Amir. On P3 was Chirag Ghorpade, who made his transition from karting to Formula racing. In the Novice Cup as well, there were two incidents that needed the safety car’s intervention. The race ended with Ruhaan at P1, followed by Chetan at P2 and then Jaden at P3. The front two were separated by a mere 0.604 seconds; meanwhile, the 2nd and 3rd were close by 0.875 seconds. 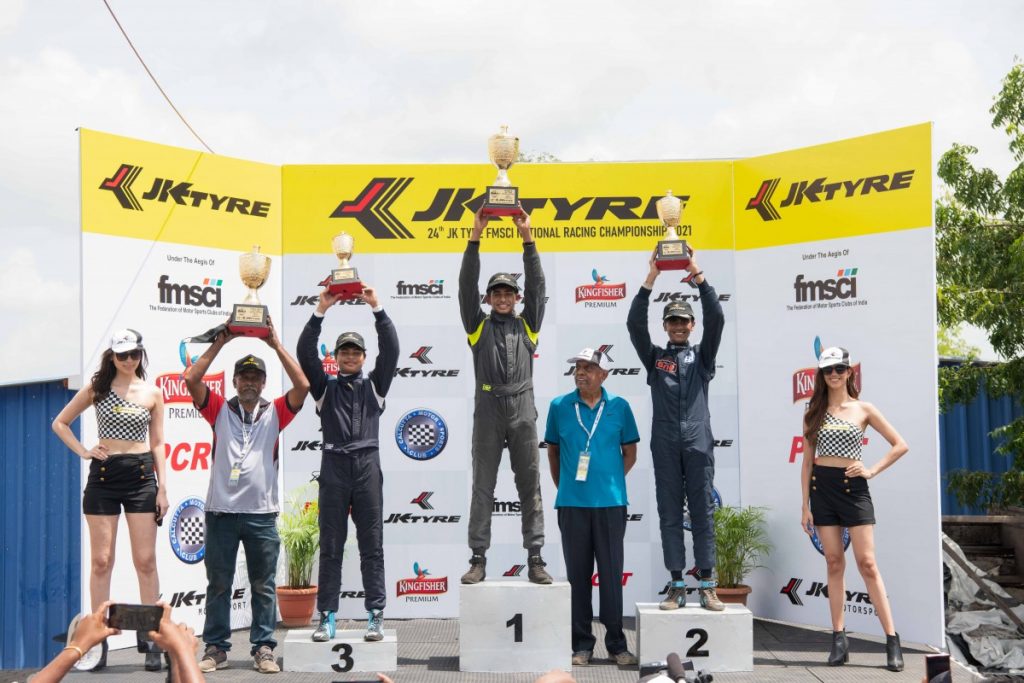 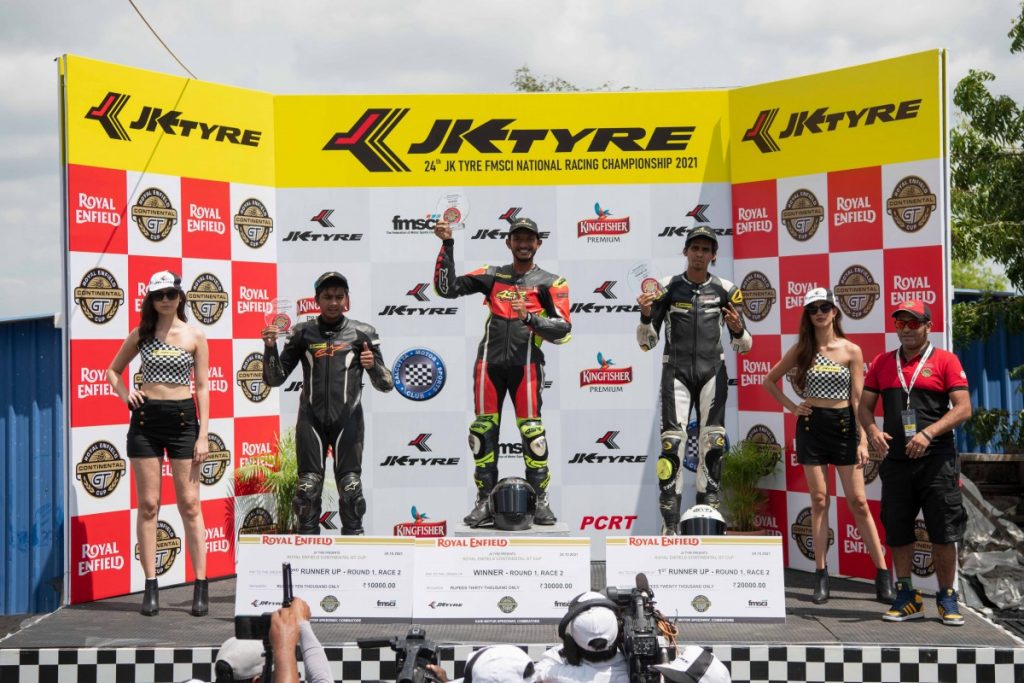 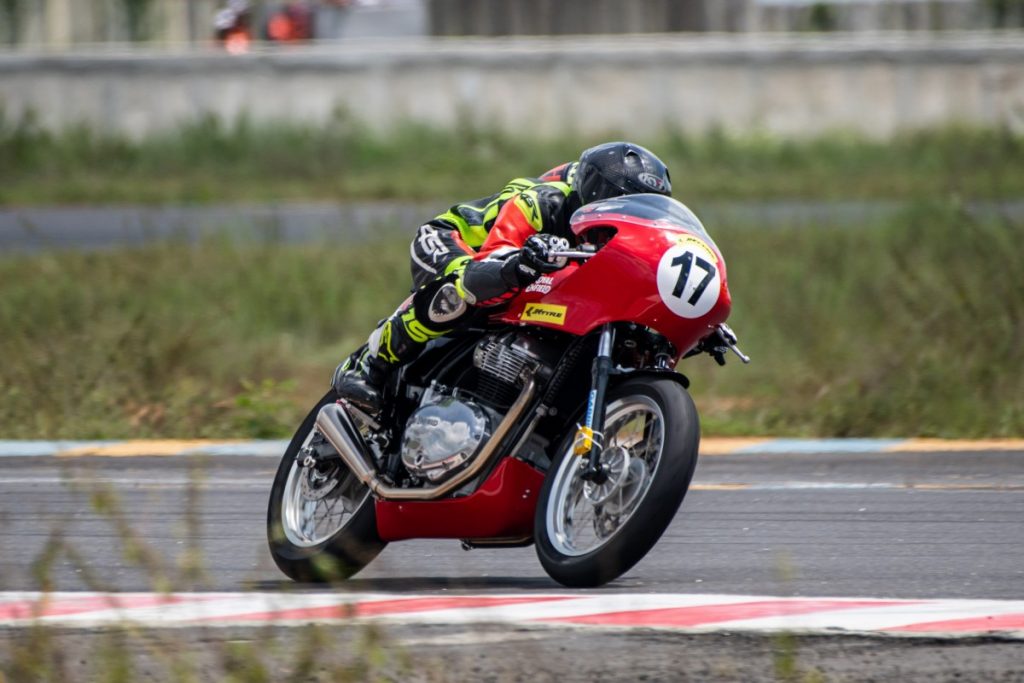