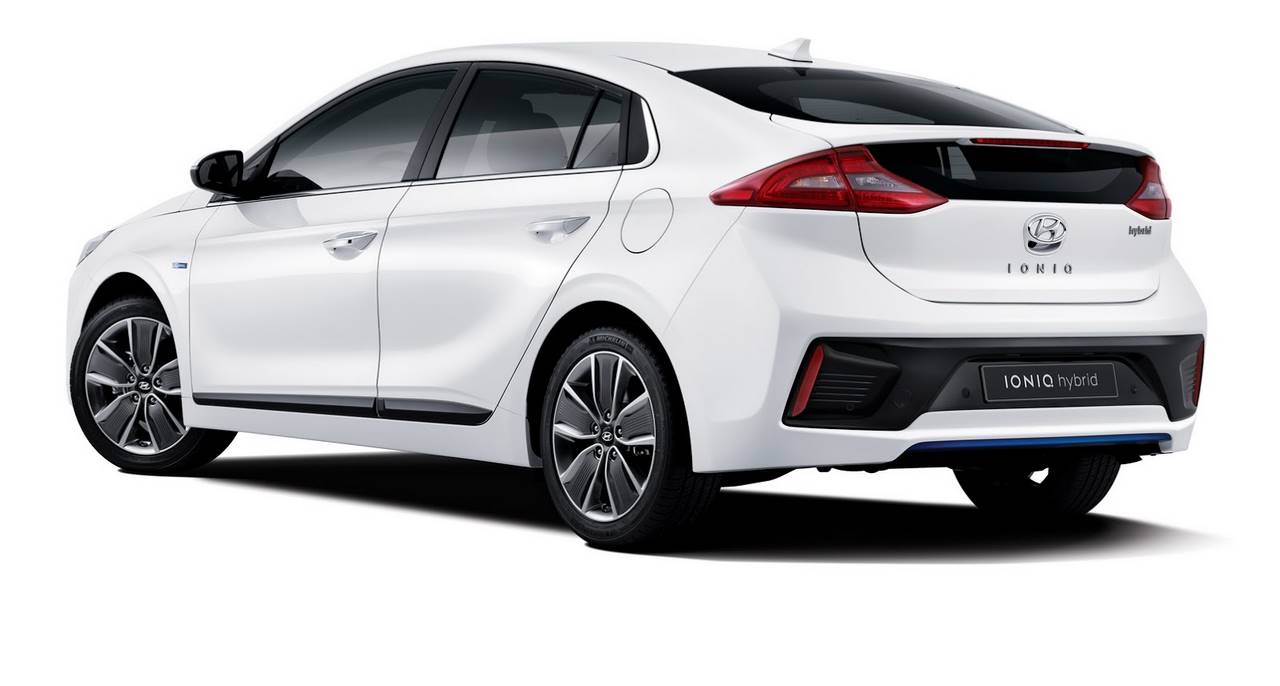 Potential rival to the Toyota Prius, Hyundai, has revealed their new hybrid car named ‘IONIQ’ at their R&D center in Namyang, South Korea. 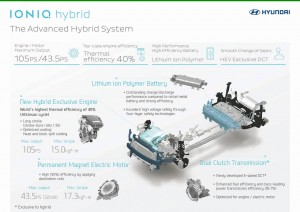 A spaceframe chassis made of Advanced High Strength Steel is claimed to offer very good rigidity and safety standards. Non-structural components such as bonnet, tailgate and suspension have been made from aluminium to save weight (Hyundai claim to achieve about 12.6 Kgs weight savings).

Currently, the hybrid engine details are revealed which is a 1.6L Kappa GDi petrol motor producing 105 PS & 145 Nm which has the highest thermal efficiency for a production motor at 40%. This motor is coupled to a permanent magnet electric motor which adds another 43.5 PS & 170 Nm. The hybrid motor is connected to a 6 speed automatic transmission that owns a surprising 95.7% of efficiency figures. Lithium ion polymer batter is the source of electricity.

Hyundai has only revealed the side & rear profile of the vehicle. The front fascia remains unseen. Interiors are simple yet futuristic, equipped, with multimedia infotainment system on the center which also comprises of all drivetrain related functions.

Ioniq is going to hit the market through an official unveiling at the upcoming Detroit Motor Show 2016 which flags off from 11th January. 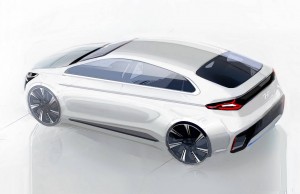 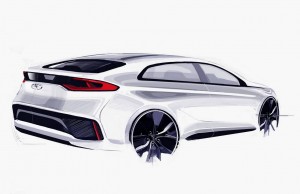 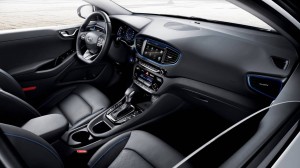 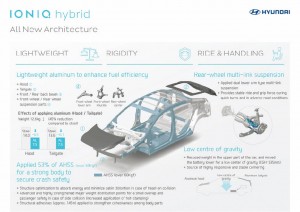