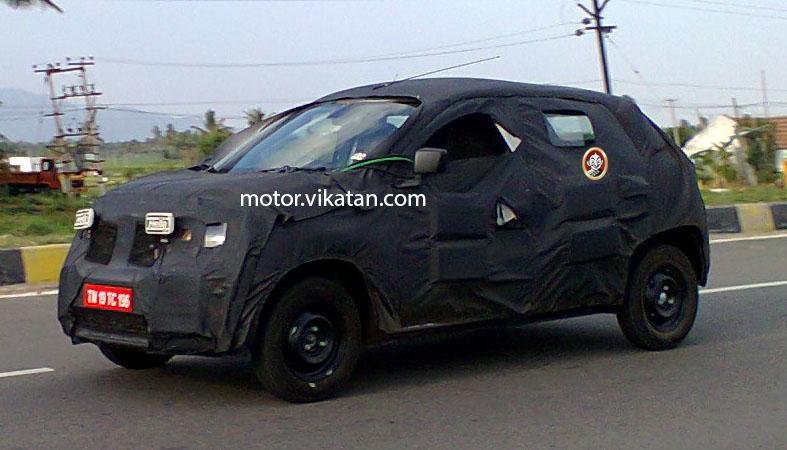 Codenamed as the XBA, Renault’s take on the compact hatchback segment has been spotted testing in South India.

Covered heavily with camouflage, there is very little we can decode out of these spyshots. The only clearly visible part on the XBA hatchback is the manually adjustable ORVMs.  The XBA will be based on the Datsun Redi-Go concept which we saw at the 2014 Indian Auto Expo. It will belong to the Common Module Family (CMF) platform which as been developed by Renault-Nissan. Dubbed as the CMF-A, cars based on this platform will be the least expensive cars coming out of Renault and Nissan showrooms.

Direct rivals for the XBA hatchback will be the Maruti Alto 800, Hyundai Eon and Chevrolet Spark. The Datsun Go which was launched previously has not quite made the dent in sales for the segment leaders. This will be the second attempt from the Renault-Nissan alliance to compete in the A segment hatchbacks. Apart from a good looking and value for money cheap hatchback, what drives in a customer is the wide network reach, which Maruti and even Hyundai has; but both Renault and Nissan lack.

Expect the car to make a late 2015 entry in the market with a price starting at Rs. 3 lakh (guesstimate).