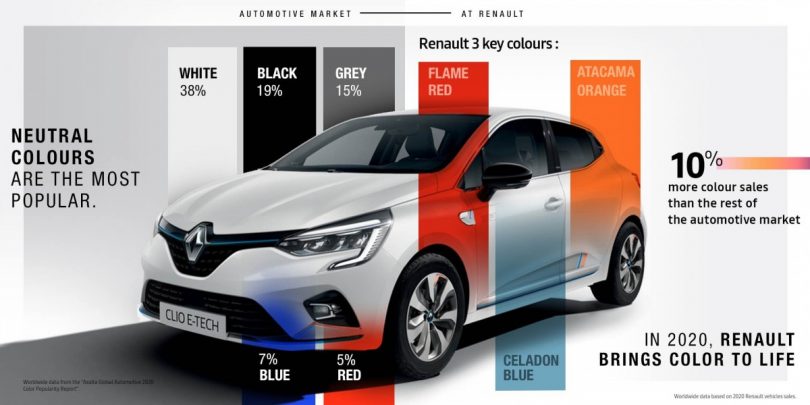 White, Black and Grey are the dominating colours in the automotive industry, but Renault brings a wide range of body colour to the European car market. The brand also claims that the idea of bringing a colourful palette to the new car buyer.

According to a report by Axalta, a leading automotive paint supplier, the popularity of automotive colours is still within the neutral colour range. Nearly 70% of models sold worldwide are white, black or grey. Furthermore, reports suggest that 38% of new vehicles sold worldwide are white in colour, 19% black and 15% are greys. But Renault claims the brand is offering a wide range of colours for the customers because it registers 10% more colour sales than the rest of the market.

How it all Began?

The world was still dull when the European car market began production of cars, but the United States had a head-start in terms of colours of cars which ranged from apple green to candy pink. At the same time Paule Marrot, a talented and well-known decorator, wrote to Pierre Lefaucheux, Renault’s boss at the time, with a suggestion that the company add some colour to their rather dull line-up. Later in 1953, Paule Marrot
collaborated with Renault and became the first automotive colour consultant. Renault’s ‘colour and trim’ department was created thanks to Paule Marrot and a rich palette of 30 pastel shades were offered at the time.

Renault has been creating history with colour palettes such as the Renault Twingo. In March 1993 the brand presented the Twingo at dealerships with four colour options – ultramarine blue, coral red, coriander green and Indian yellow. Renault was so confident in the colour line that the car was not even offered in White, which is indeed a bold move. The Renault Captur owes its part for the vast customisation options it is available with. The brand boasts that 80% of its sales are in two-tone colours and the brand offers up to 90 exterior customization combinations.

As François Farion, Renault’s Director of Colour and Trim Design says The first question someone asks when you buy a new car is: what model? and the second question is: what colour? 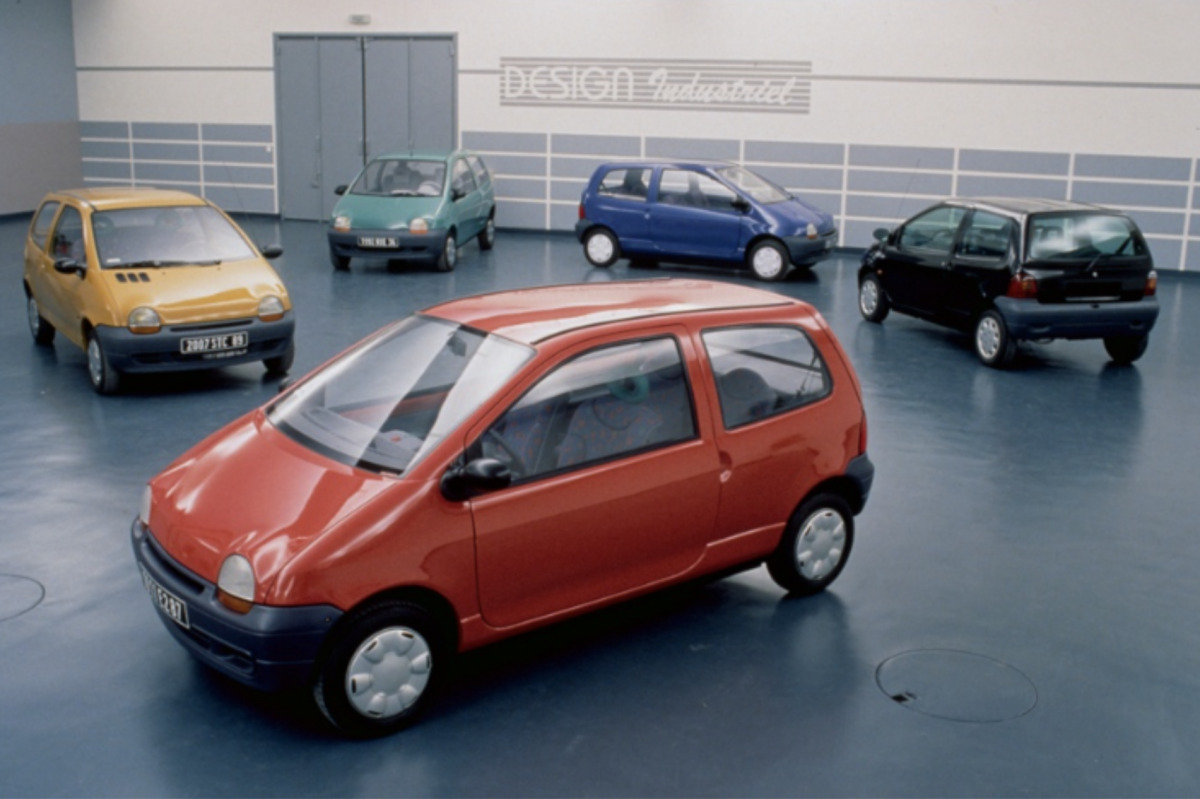 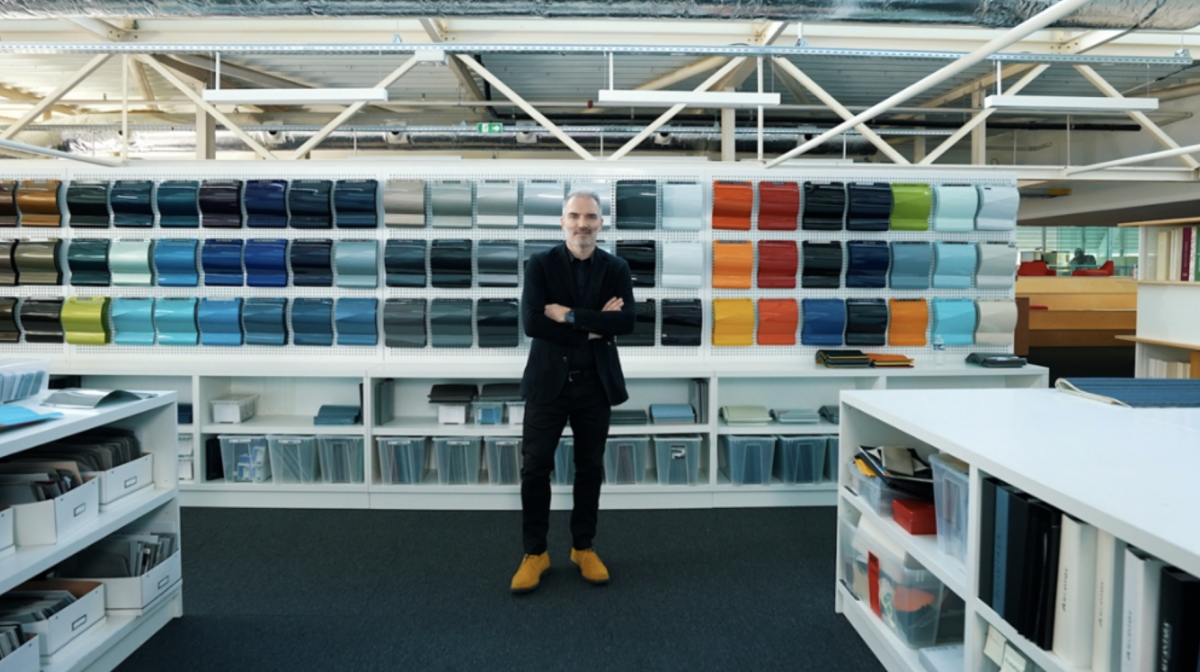