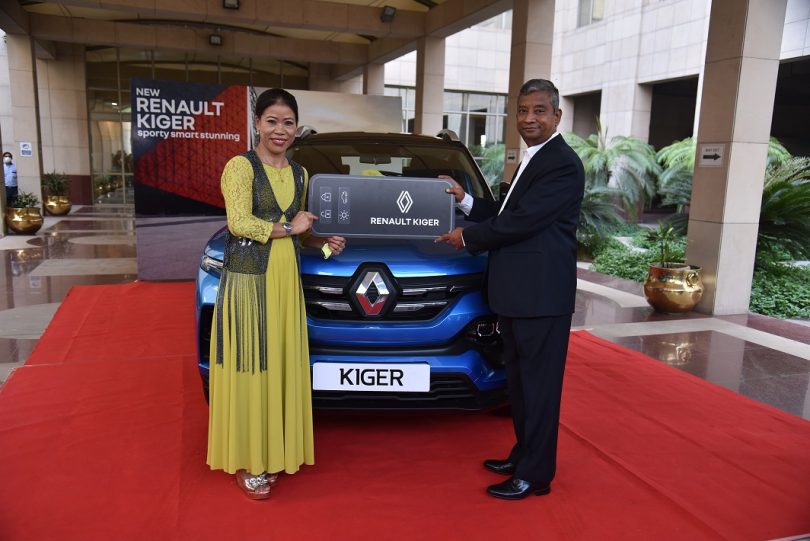 Renault India honours boxer Mary Kom India’s flag bearer, in the recently held Tokyo Olympics. This makes her the third woman after Shiny Wilson and Anju Bobby George to be India’s flag-bearer at the Olympics. Renault India presented her with a brand new Kiger to commemorate Mary Kom’s achievement in sports and her contribution outside the boxing ring. Kiger has been selling in significant numbers ever since the car made it into the showrooms. Its SUV-like looks, along with its value for money proposition, makes this car one of the favourites in the segment.

Given the evolving population of India, Renault is offering the Kiger multiple engines and gearbox options. In total, there are two engine options, a 1.0-litre naturally aspirated and a 1.0-litre turbocharged petrol engine. The performance output figure for the 1.0-litre naturally aspirated motor stands at 70 BHP of power and 96 Nm of torque. Meanwhile, the 1.0-litre turbocharged unit has a performance figure of 97 BHP and 160 Nm. For customers convenience, Renault is offering three gearbox options. This includes a 5-speed manual, an AMT and a CVT. Having multiple powertrain options helps in garnering sales and also adds flexibility for potential customers.

Given the wide range of options, the Kiger has close to 24 variants on offer. The price starts at INR 5.64 lakh (ex-showroom) and goes all the way up till INR 10.09 lakh (ex-showroom). In the current competition, the rival cars include Nissan Magnite, Tata Nexon, Mahindra XUV300, Hyundai Venue, Kia Sonet and likes. 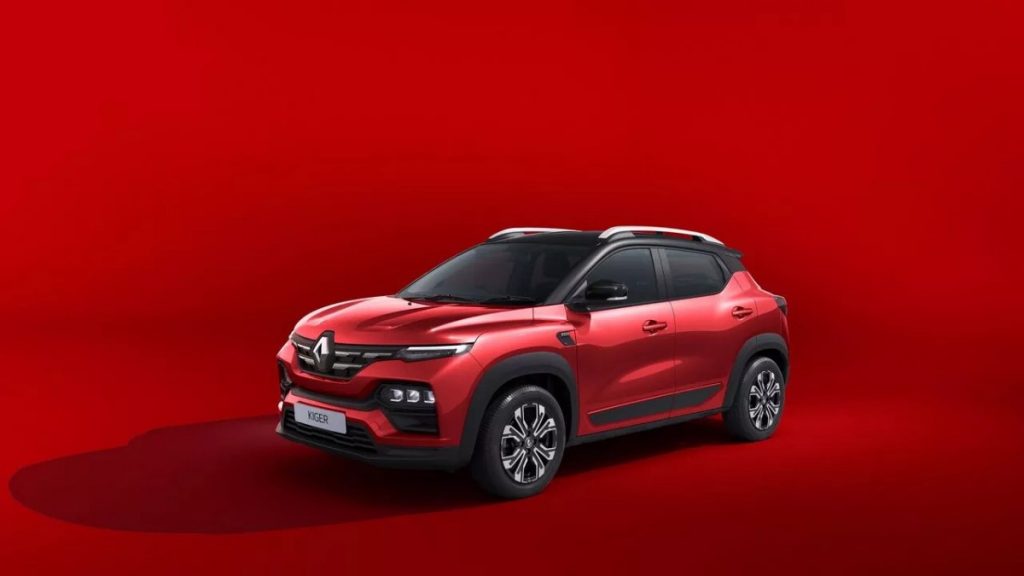