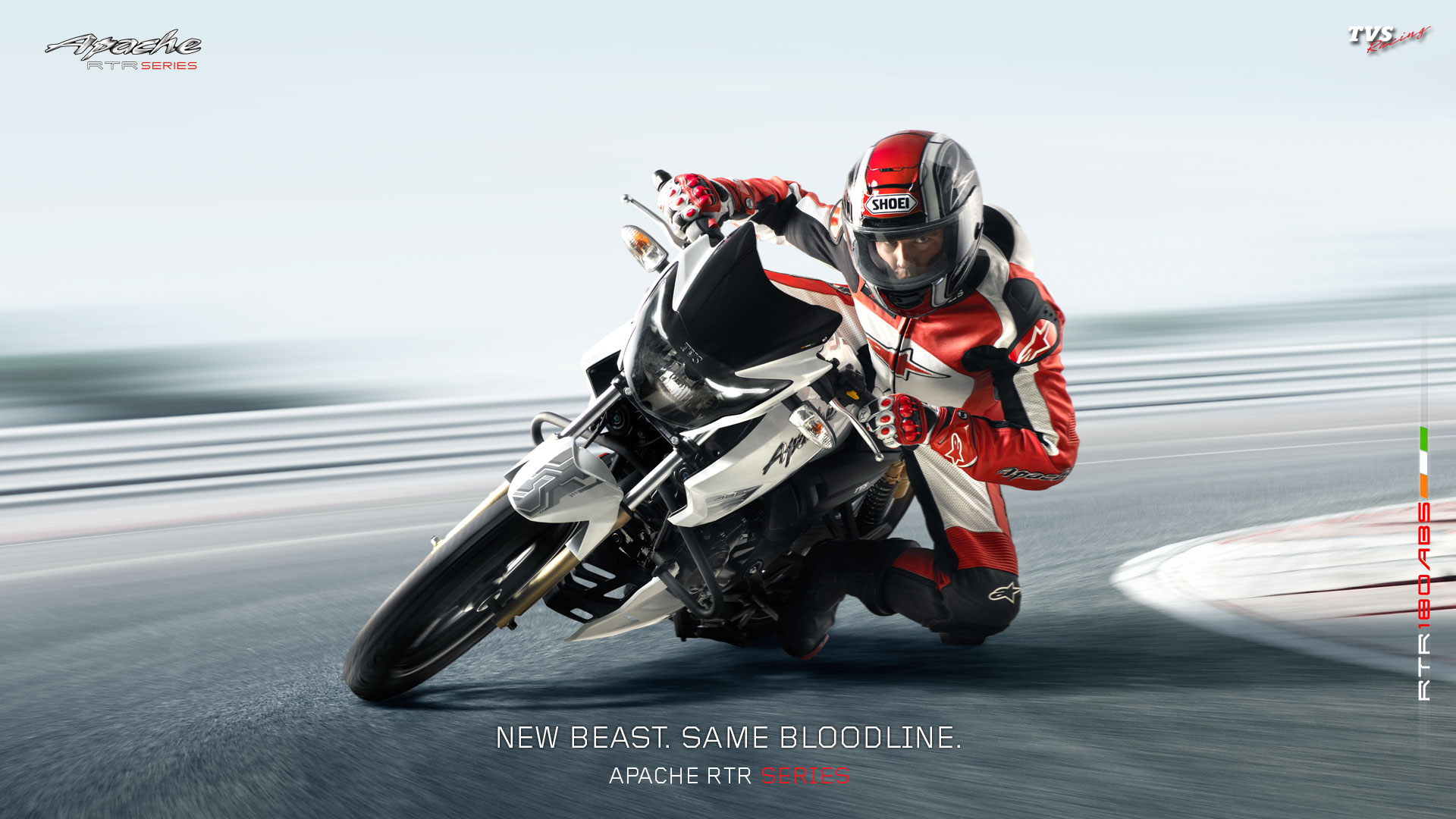 TVS will be launching a refreshed version of the Apache RTR 180 later this year. The Apache 250, which is expected to be based on the TVS Draken concept revealed at the Auto Expo will be launched in 2015.

Reports suggest that the 250cc Apache will hit the streets on 14th of January, 2015. TVS plans to launch a new motorcycle every quarter and a refreshed Apache RTR 180 is slated for a launch in the last quarter of this year. On the refreshed version, an improved ABS system along with combi-brake system is expected. This system will also be available on the 250cc Apache.

One of the most talked about, or rather, disliked aspect of the TVS Apache series was the vibration. To handle this, the new variants will get balancers. Also, new softer rubber from Michelin is expected to replace the current TVS Tyre setup. A lot of part sharing is expected between the refreshed 180cc and the new 250cc motorcycle.

Competition in the motorcycle segment is heating up, and the customers will surely have a tough time deciding between all the options.