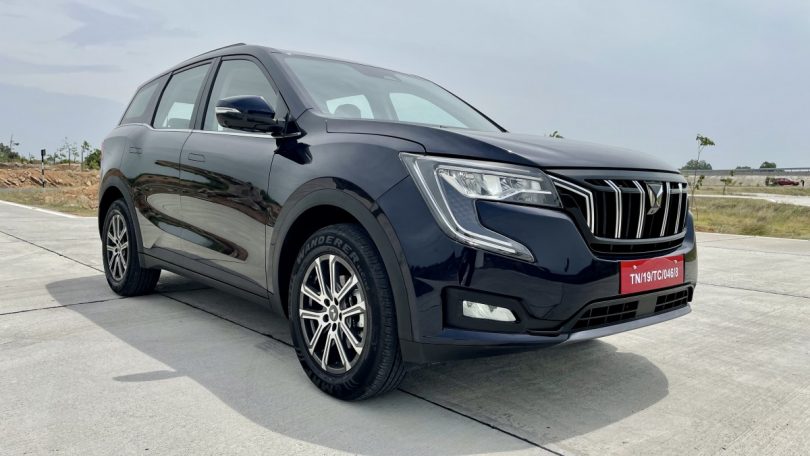 Mahindra’s XUV700 has been a runaway success for the company. The SUV may not be one of the top-selling cars every month, but the reason for that is Mahindra is not able to produce enough of them. The company has been trying its best to keep up with the demand. However, the waiting periods are probably one of the longest in India for a mass-market car. The top-end variant of the XUV700, AX7 L, has a waiting period of up to 24 months.

But for all those who were lucky enough to bring the XUV700 home, we have some news. The company is silently recalling some all-wheel-drive variants of the SUV.

Mahindra has silently issued a recall for all the XUV700’s AWD variants. The issue pertains to the propeller shaft of the SUV. As of this point, the exact number of cars affected by the recall is unknown. According to the company, it is a critical service action. The service centre team will carry out an inspection of the propeller shaft bolts. If needed, they will replace it with new bolts.

As of this point, we are unsure what may go wrong with them. However, since it is a critical recall, it is recommended for owners of the all-wheel-drive XUV700 to visit the service centre and get the vehicle inspected. However, sources also say that the recall pertains to only select all-wheel-drive variants.

The company launched the XUV700 in August 2021. Mahindra equipped the XUV700 with a host of features and technology. Furthermore, the top-end variant even came with Advanced Driver Assistance Systems. The XUV700 is available in two engine options. The first is a 2.0-litre mStallion turbo-petrol that makes 197 BHP and 380 Nm of torque. On the other hand, we have a 2.2-litre mHawk diesel mill. This engine makes 182 BHP and up to 450 Nm of torque. Mahindra offers both engines with two gearbox options – a 6-speed manual and a 6-speed automatic. Furthermore, the diesel automatic version is also available with an all-wheel-drive system.