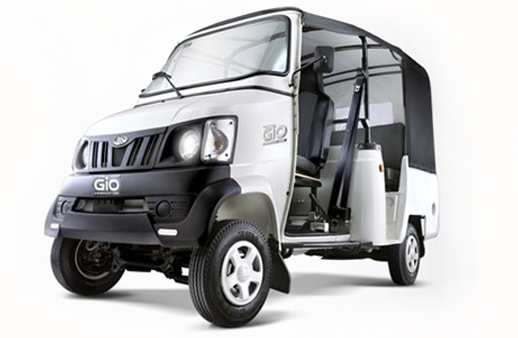 Reports suggest that Mahindra, India’s largest utility vehicles manufacturer is commenced development of a quadricycle for the commercial vehicles category. With the government giving a green light to the quardicycles and the Bajaj RE60 inching closer to reality, Mahindra also wants a piece of the cake.

Mahindra will invest upto Rs. 150 crore for this project which will take at least two years to develop. The project is codenamed as the C101 and will be built on an all-new platform. This product is expected to be manufactured at Mahindra’s Zaheerabad facility and will have annual production capacity of 15,000 – 60,000 units within 3 – 5 years.

The Mahindra Group has already imported a similar product from Europe for benchmarking. Powering this quadricycle will be a newly developed single / twin cylinder 200-300cc petrol motor. It should hit the streets after extensive testing somewhere around 2017.

It is being said that these quardicycles will prove to be much safer than the three-wheeler modes of transportation and will also be cheaper to own / run.