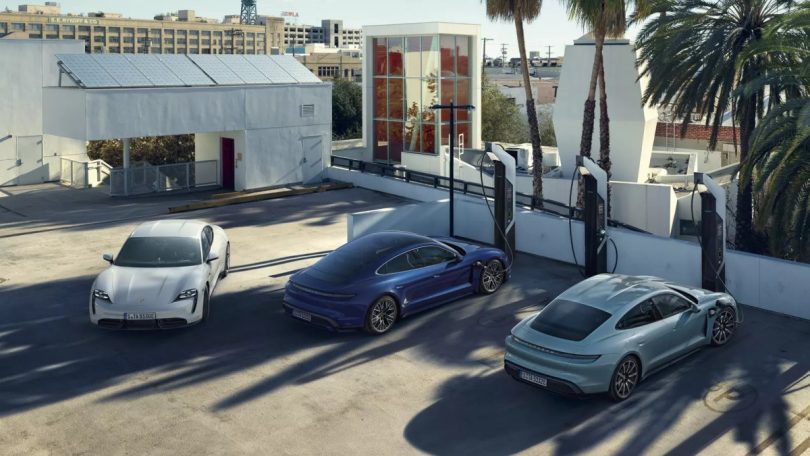 After announcing its sales results for the first three quarters of the year, Porsche recorded a 13% increase in sales. The German carmaker achieved a global sales figure of 2,17,198 units, with the highlight being the Taycan. Porsche’s only full-electric sports car outsold the iconic 911 with 28,640 units compared to the 911’s 27,972 units. Porsche’s Cayenne SUV remains the most successful model globally in terms of sales at 62,451 units.

Followed up by the Macan with 61,944 units sold worldwide, Porsche’s Panamera registered a 1% growth. With 20,275 units of the Panamera sold globally, the Porsche 718 Cayman and Boxster clocked nearly 16,000 units. The success of its Taycan EV has caused Porsche to begin work on the electric version of the Macan SUV. Porsche confirmed that the electric Macan would debut in 2023 and become its first car to utilise the new PPE platform.

The Taycan is Porsche’s first-ever all-electric sports car, prioritising performance thanks to its design and impeccable German engineering. Porsche offers the EV sports car in 4 variants- the standard Taycan, Taycan 4S, Taycan Turbo, and Taycan Turbo S. The Turbo S is the top-spec version of the Taycan sports an 800V electric architecture that powers its dual-electric motors.

This enables the Taycan to produce 761 PS of over-boost power during launch and 1050 Nm of torque. With an overall drag coefficient of 0.22, the Taycan’s performance is possible thanks to a 2-speed transmission. The Taycan Turbo S achieves 0-100 kph in just 2.8 seconds and sports a top speed of 260 kph. Based on the WLTP charge cycle, the Taycan Turbo S has a combined range of 390-416 km.

Charging time for its 93.4 kWh battery from 5% to 80% is 93 minutes via a 50 kW DC charger. On the exterior, the Taycan features LED automatic headlamps, four-point LED DRLs, and a rear-illuminated light bar with LED brake light. Porsche offers a choice of 12 metallic paint options on the Taycan Turbo S along with 21-inch Mission-E designed wheels. The Taycan includes a 10.9-inch touchscreen infotainment system with Android Auto and Apple CarPlay connectivity with a panoramic glass roof. 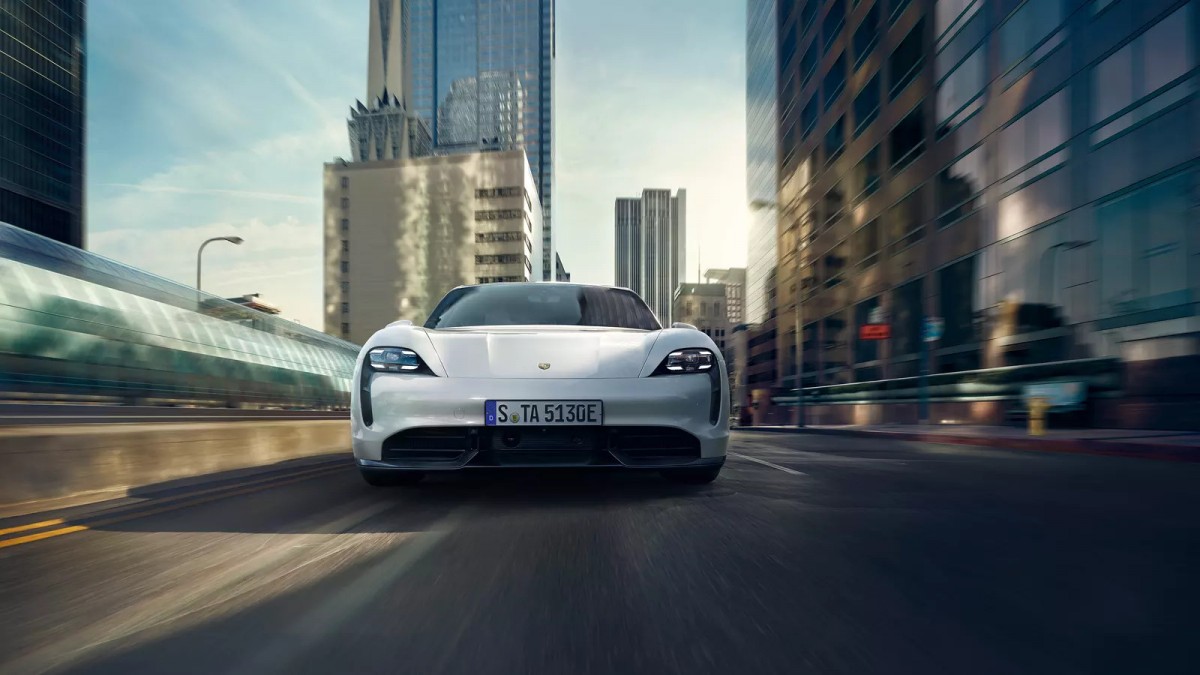 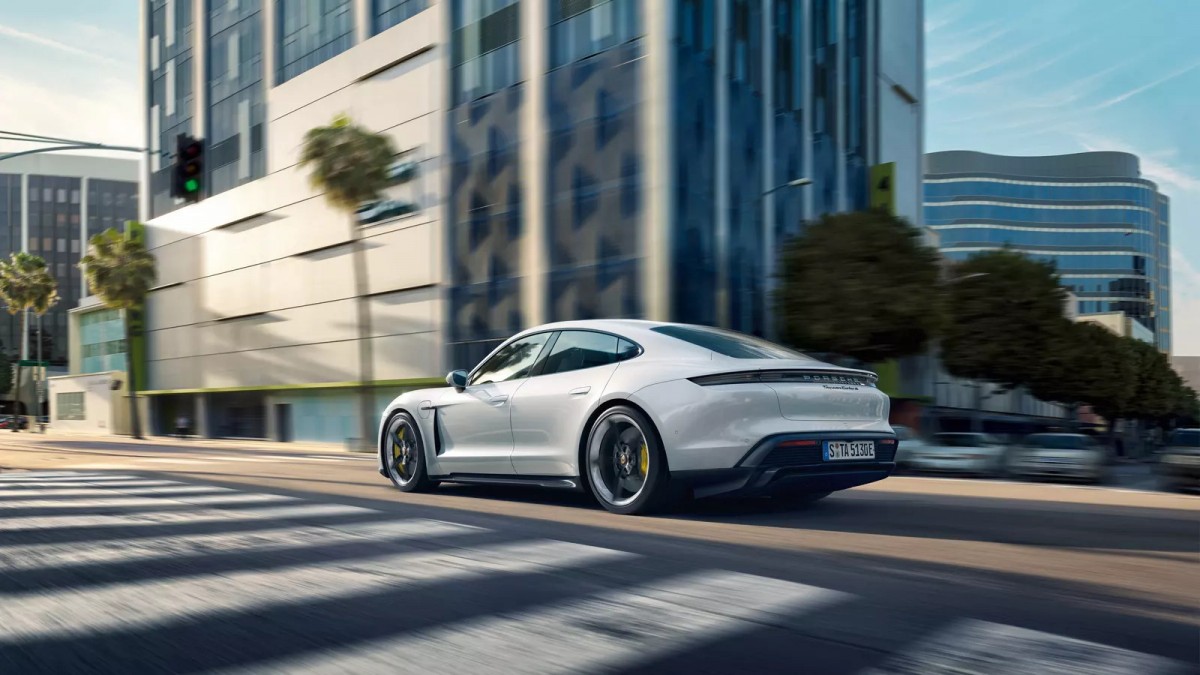 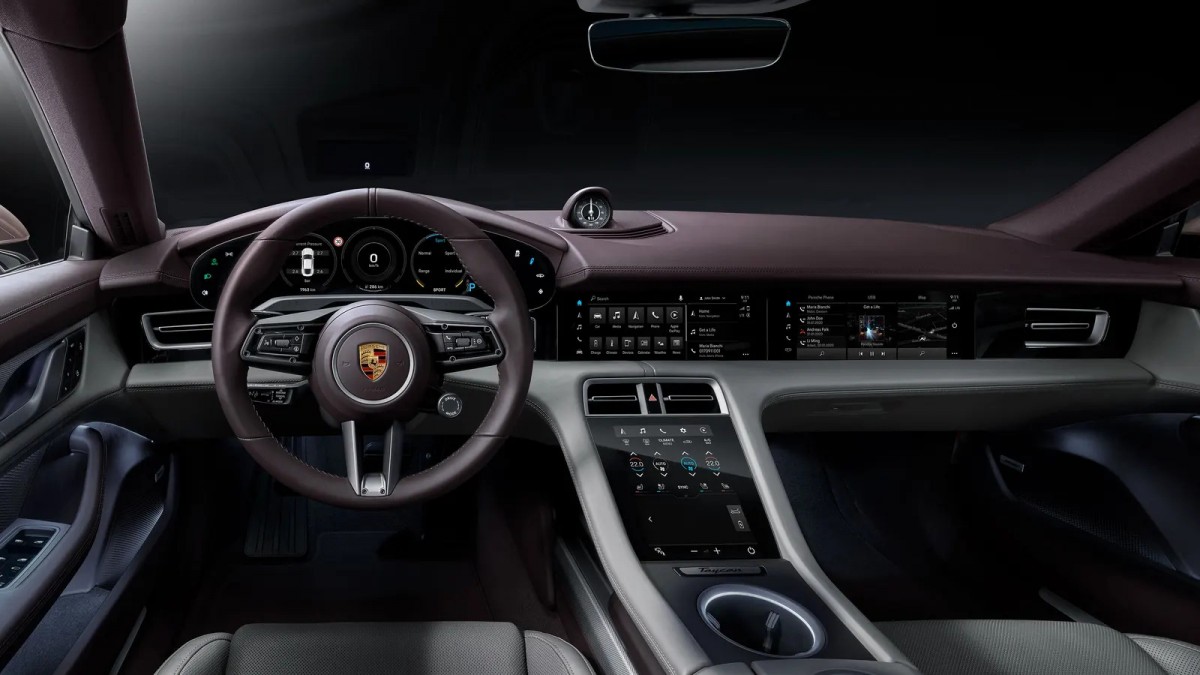 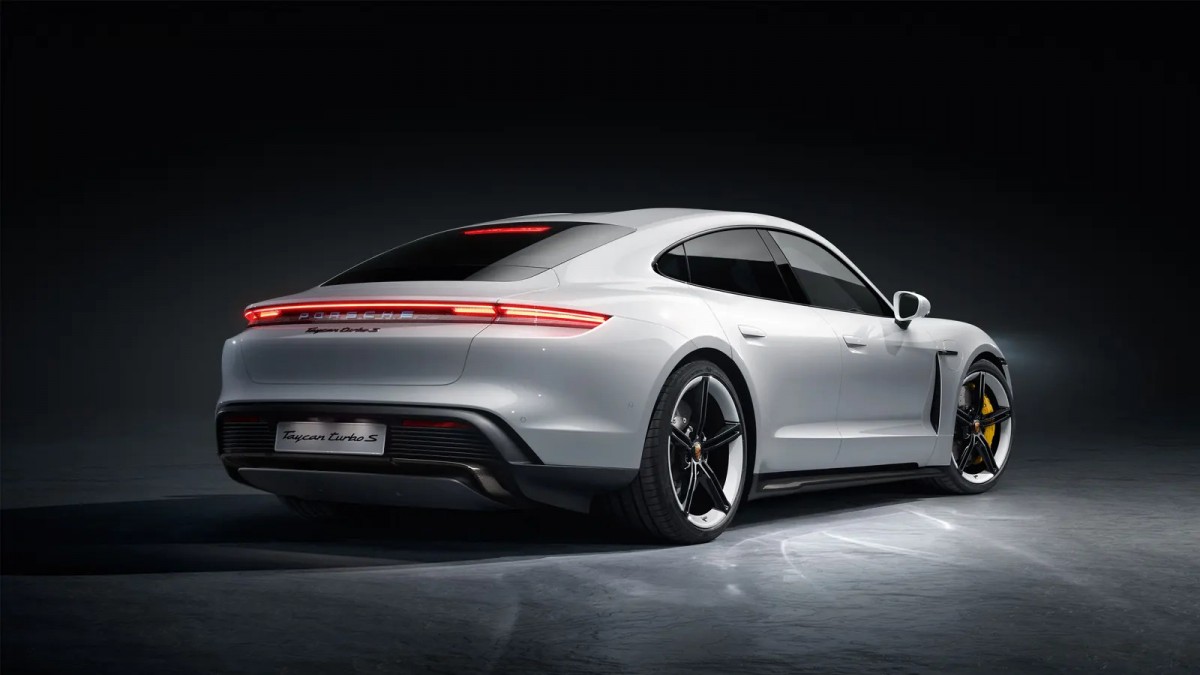 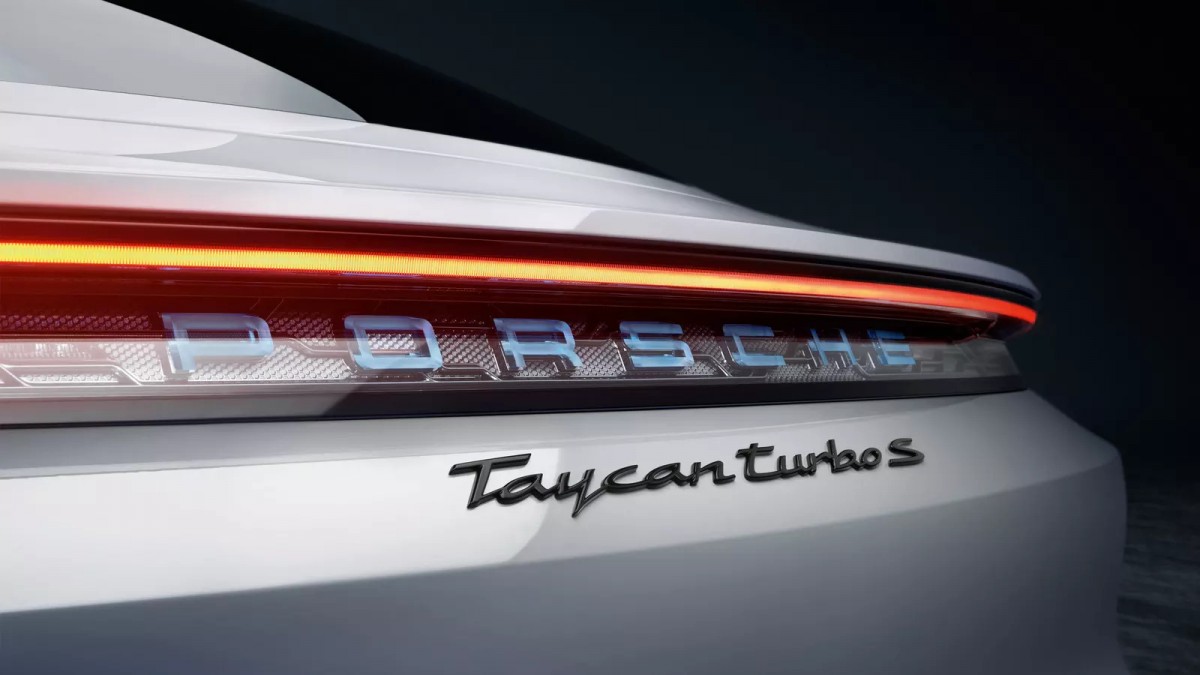