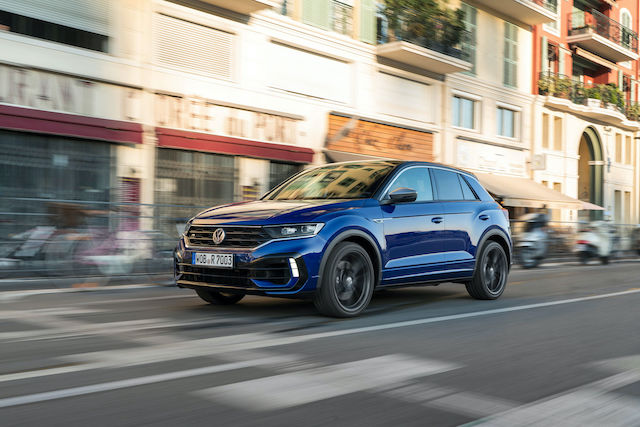 Volkswagen recently launched the T-Roc SUV in the Indian market at the price starting 19.99 lakh ex-showroom and now new reports suggest that the brand might be evaluating to bring the more powerful and performance-oriented Volkswagen T-Roc R which was introduced at the Geneva International Motor Show 2019 and is currently sold in the European markets.

The T-Roc R is speculated to be badged as the Volkswagen T-Roc GT to retain the performance line moniker that the brand has already established in the country. As of now, information on how the brand plans to bring the T-Roc R into the country is scarce and is speculated to come via the CBU route similar to the standard sibling sold in the country. Unconfirmed reports have suggested that the T-Roc and the Tiguan Allspace may come to India via the CKD route in the near future, depending on the demand created by the SUV.

Depending on the import route the T-Roc R could get a 1.8-litre TSI four-cylinder petrol engine from the Race Polo which was showcased at the 15th edition of the Auto Expo 2020 in Delhi. The Race Polo makes 230hp (push to pass active) and a torque of 320 Nm matched to a 6-speed sequential gearbox with limited-slip differential. The engine is expected to be detuned to make 210 ps of power and is likely to be coupled with an automatic gearbox for road use.

However, if the Volkswagen T-Roc R comes via the CBU route it is likely to come with the European-spec 2.0-litre four-cylinder TSI petrol engine that makes 300 ps of power and 400 Nm of torque coupled to a 7-speed DSG unit and 4Motion all-wheel drive. The same 2.0-litre engine does duty on the Volkswagen Tiguan Allspace but in a lower state of tune and produces 190 ps of power.

The Volkswagen T-Roc is underpinned by the MQB ‘Modularer Querbaukasten’ (Modular Transverse Matrix) vehicle architecture and measures 4342mm in length, 1819mm in width, 1573mm in height with a wheelbase of 2590mm and is powered by a BS6 compliant 1.5-litre TSI EVO four-cylinder petrol engine with Active Cylinder deactivation Technology (ACT) and produces 150 ps of power and 250 Nm of torque matched to a 7-speed DSG automatic. 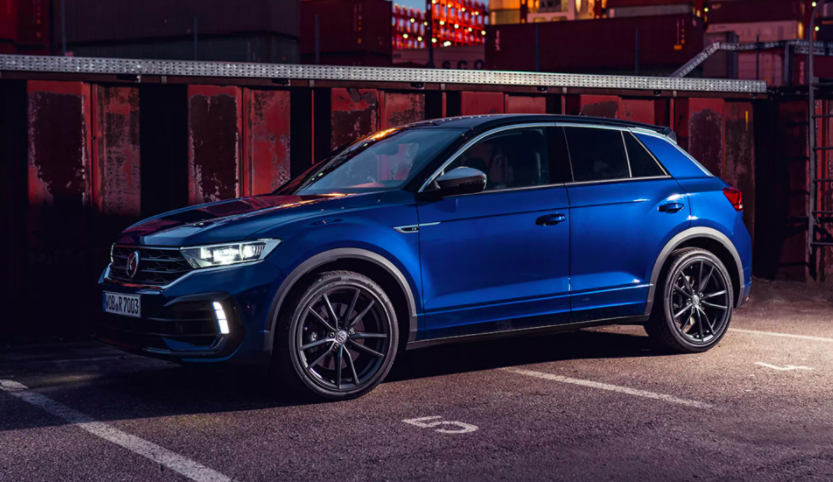 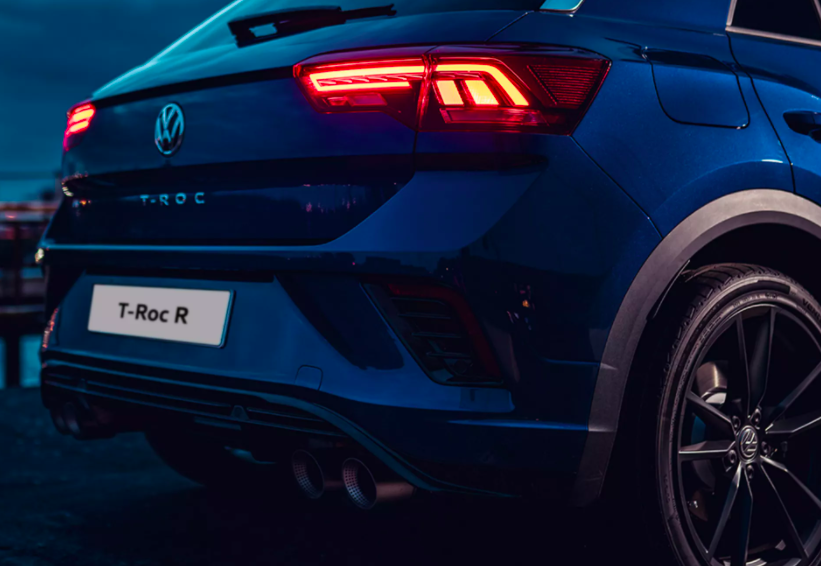 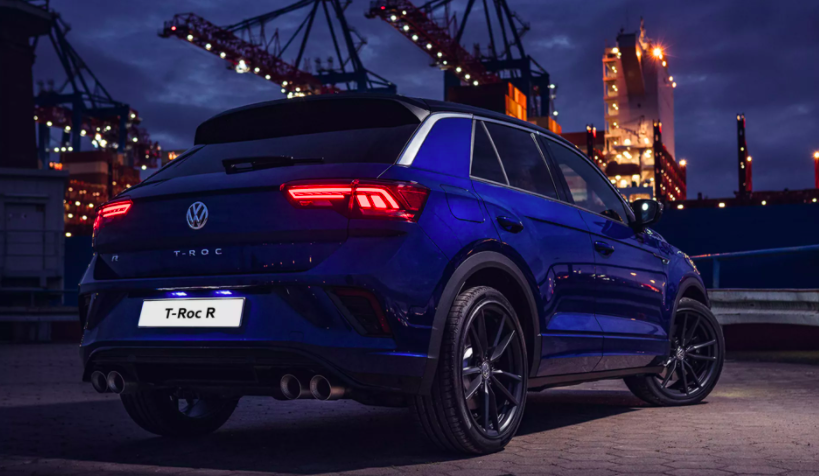 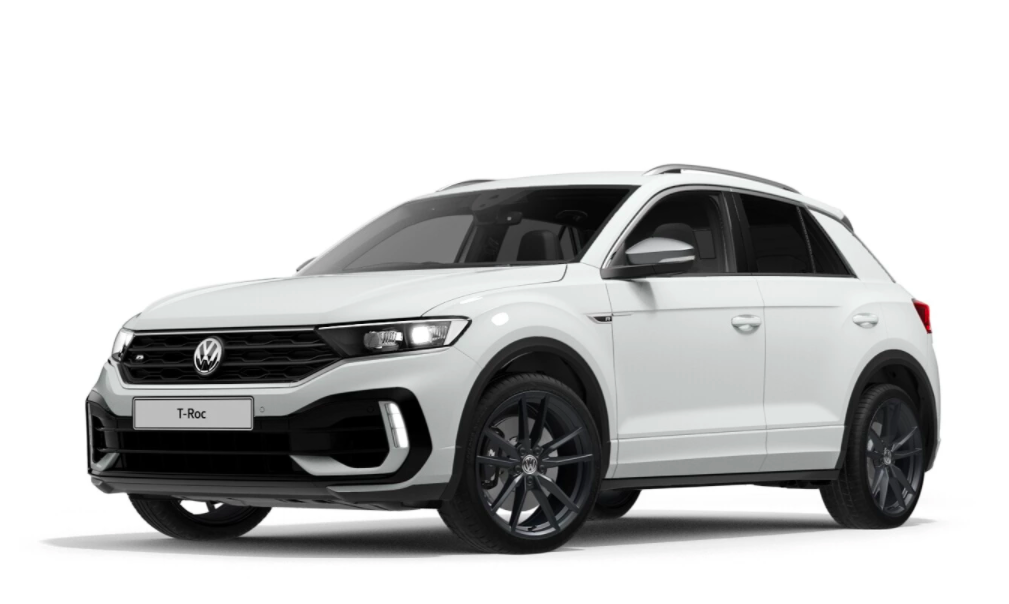 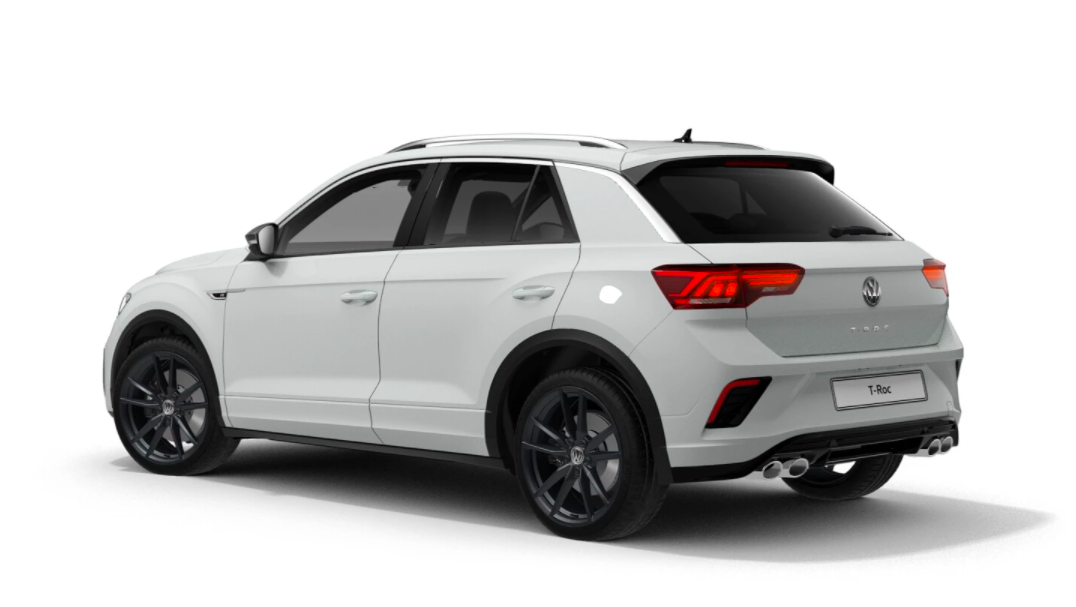