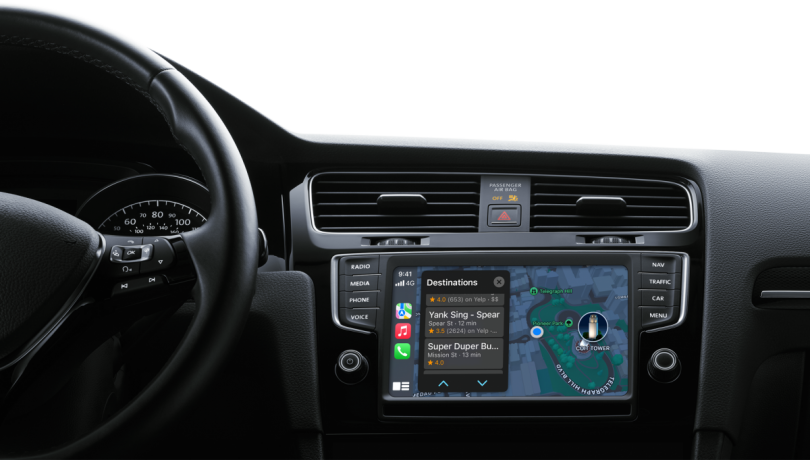 Worried about getting delayed at the fuel pump due to long payment queues, Apple might have a solution. Reports reveal that the technology brand at a Developer Conference showcased a new feature that allows car owners to pay for the fuel directly from the vehicle dashboard. The new feature will likely be a part of the Apple CarPlay, which Apple will roll out in the coming months. Thanks to the new update, users will be able to pay the fuel bill at the pump from the car’s screen.

How Does It Work?

According to reports, the new Apple CarPlay update will allow users to navigate to the nearest fuel station and make payments through the CarPlay app. Thus the user will be able to avoid any queues at the petrol station, saving time. When Apple rolls out the update, users may have to download the fuel station’s application on their iPhone and set up a payment account. The screen payment feature can then be activated from the vehicle’s in-car infotainment system when the user’s iPhone is connected. Using the navigation screen, users will be able to navigate to a compatible fuel pump and make the fuel purchase directly from the app.

Where Will It Work?

The new feature will likely be a part of “Apple’s push to turn a vehicle into a store for goods and services”. However, the California-headquartered brand has not yet revealed any details of the new software roll-out. But, reportedly, Sinclair fuel stations have already showcased their interest in the technology and may apply it to their 1,600 fuel stations across the United States. The brand has not yet revealed further details. However, a roll-out in India is likely in the future. Apple already offers features such as booking parking spots, ordering food and EV charging using CarPlay. The new feature will further increase the appeal of Apple CarPlay.