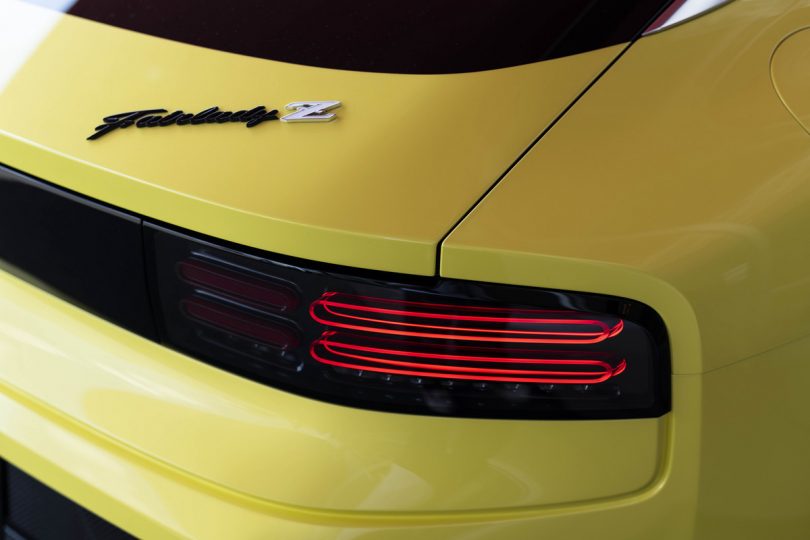 In September 2020, Nissan Motor Corporation unveiled the Z Proto in a virtual event from the Nissan Pavilion in Yokohama Japan. The Concept Study featured a retro design theme reiterating with the brand’s Z heritage with a legacy that dates for more than 50 years now. The Z Proto pays homage to the first-generation Z (S30) and the 300ZX (Z32) by donning the bright yellow pearlescent paint theme.

The front fascia of the production-spec model is nearly the same as the prototype. It features the same rectangular front air intake along with details such as the rectangular mesh on the radiator grille. The front bumper along with the central splitter also continue on to the production model. The bonnet crease lines as well as the almond-shaped headlamps have also remained unchanged. While the patent images do not reveal headlamp details, the LED light signatures are expected to to be carried over from the concept.

The rear end of the vehicle also appears identical to the concept. This includes the taillamps, rear bumper, diffuser, exhaust pipes, rear windscreen, the mildly humped roofline and even the number plate holder. The only details unavailable at the moment are the ORVMs and the design of the alloy wheels.

The concept Z Proto features a driver-oriented cockpit-style dashboard with a wraparound effect, deep-dish steering wheel, 12.3-inch digital instruments cluster, driver-oriented clocks on top of the dashboard, a large centrally-mounted touchscreen, a large centrally-mounted touchscreen and race-style bucket seats finished in black & yellow. We expect most of the features to make it on the production model.

Nissan at the Z Proto unveiling also revealed that the new Z car will be powered by an “Enhanced” Twin-Turbocharged V6 powertrain matched to a 6-speed manual gearbox. Full technical specifications are expected to be revealed closer to the car’s launch. In its Concept avatar, the Z Proto measures 4,382 mm in length, 1,850 mm in width and 1,310 mm in height. 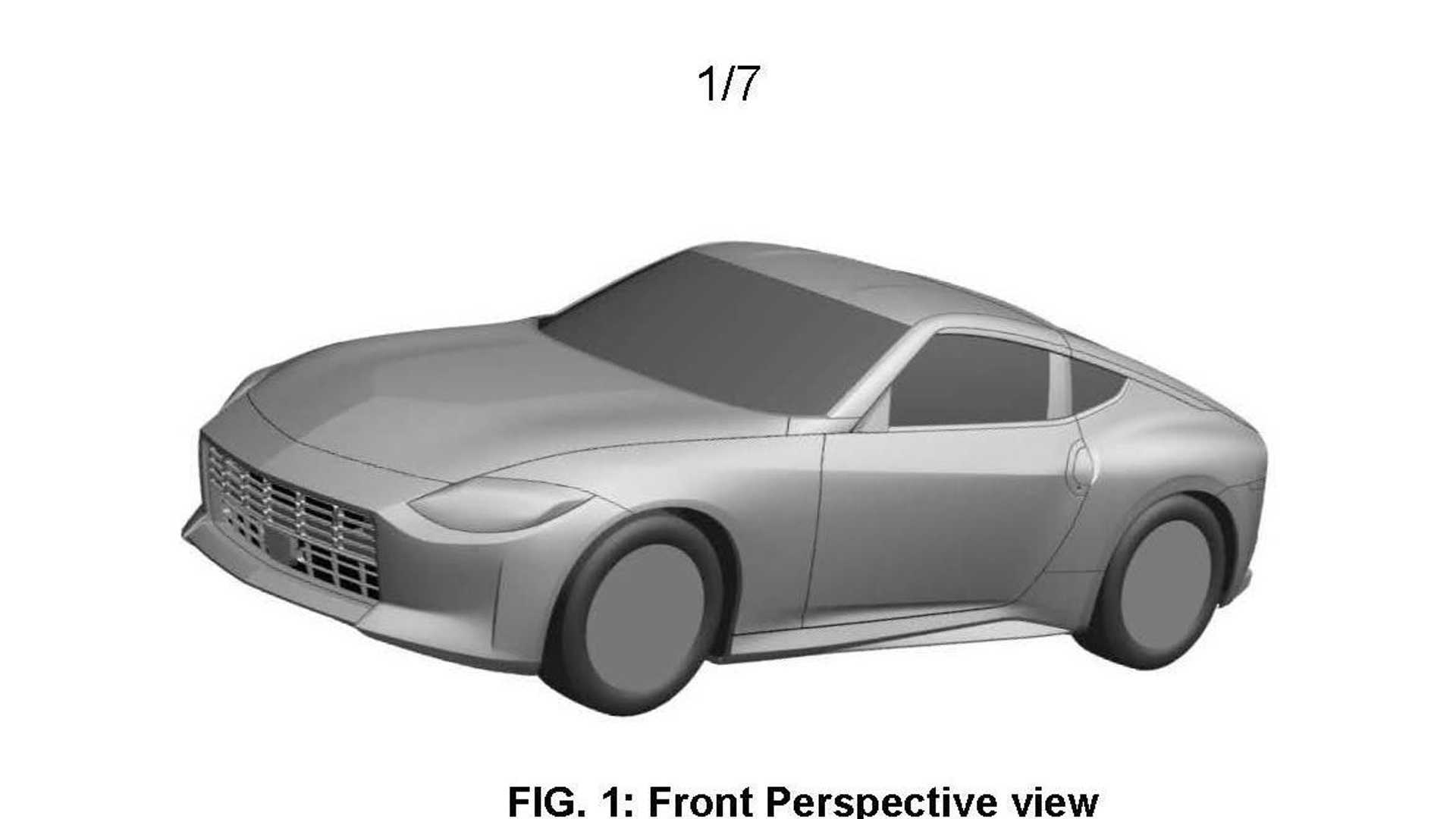 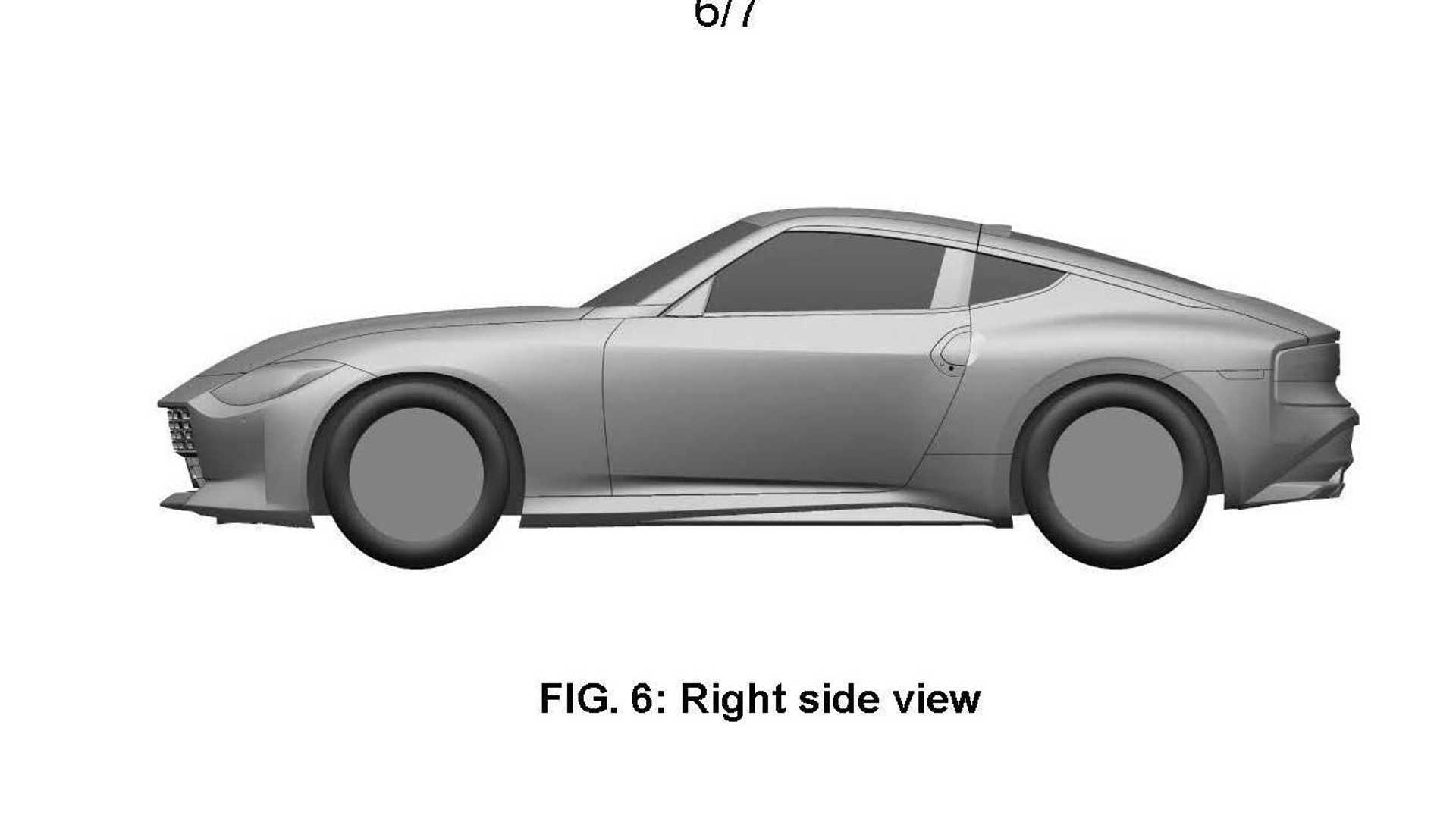 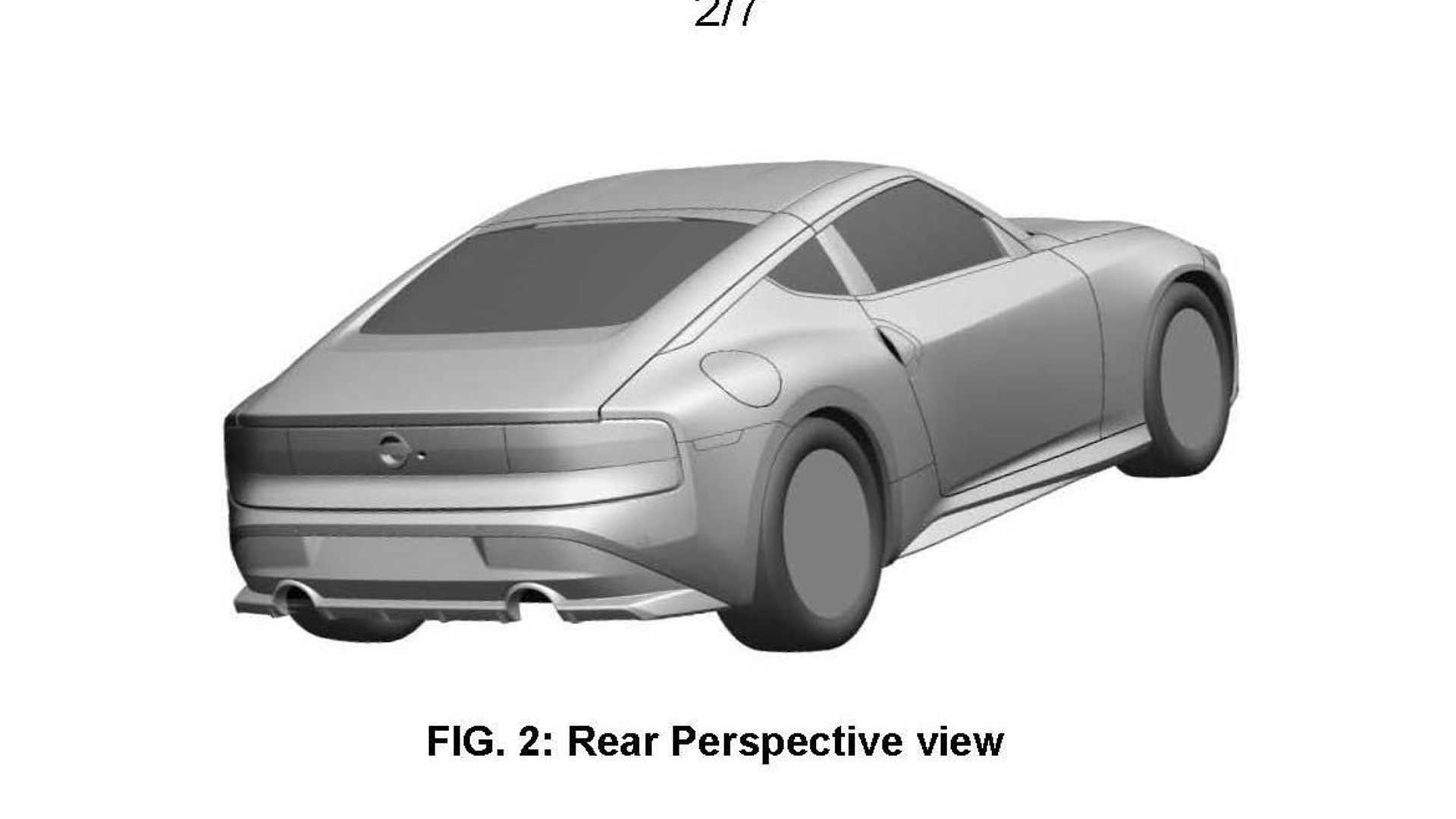 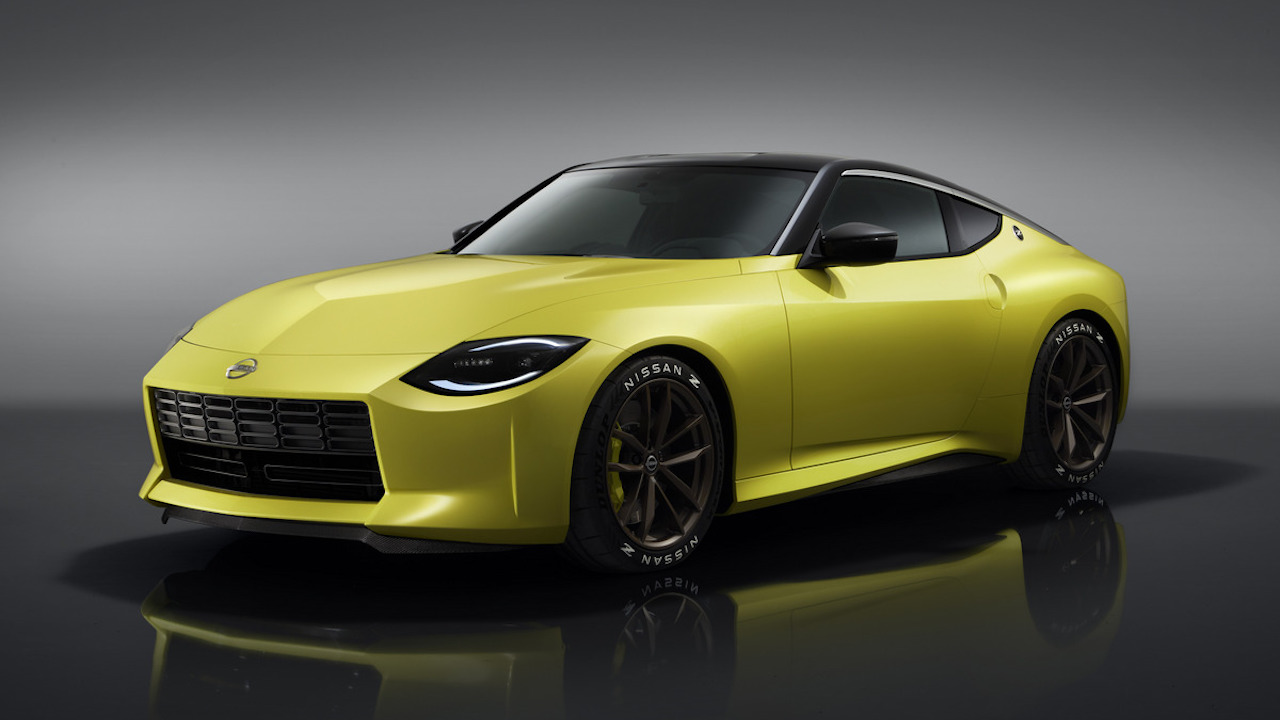 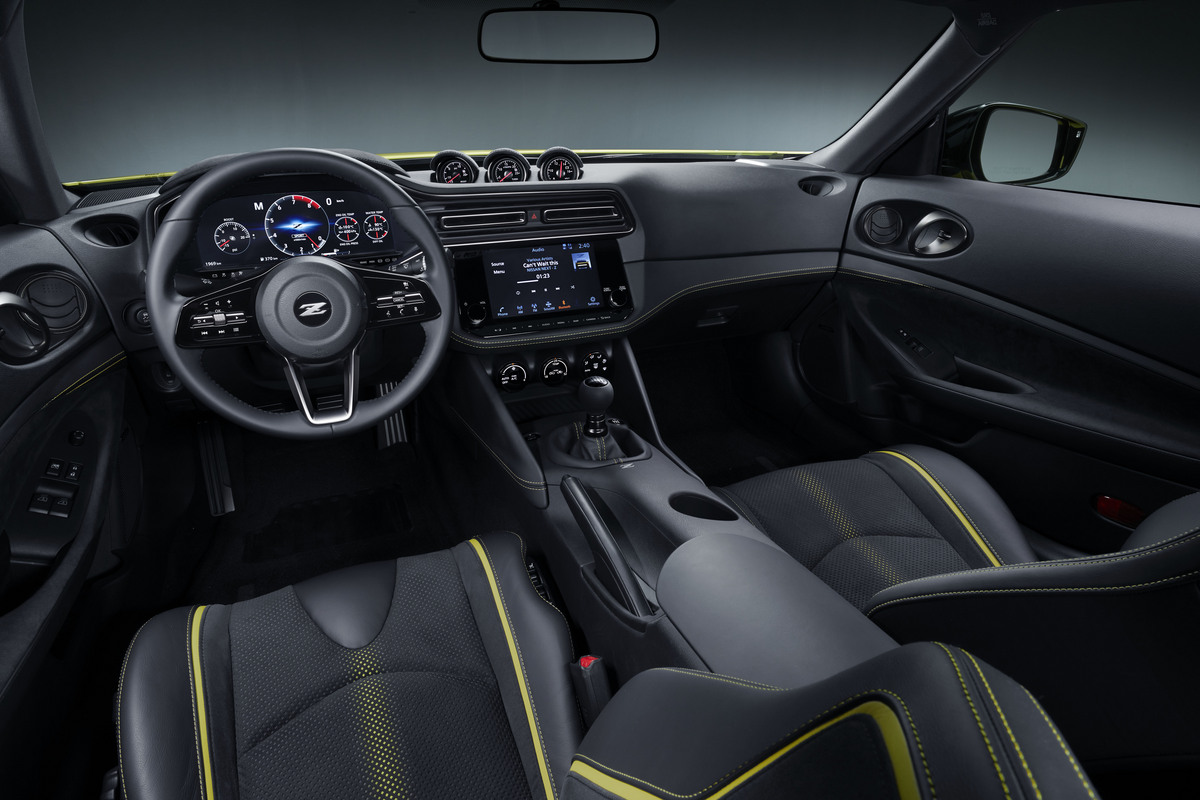 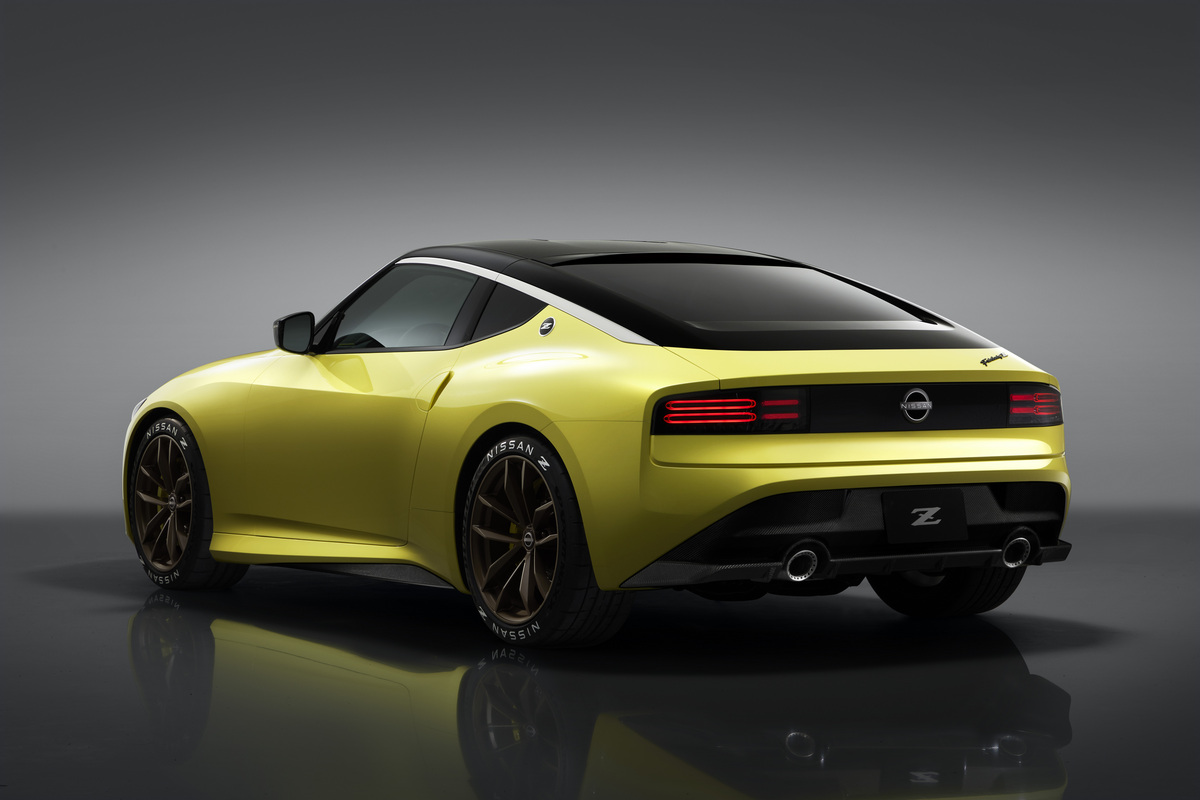