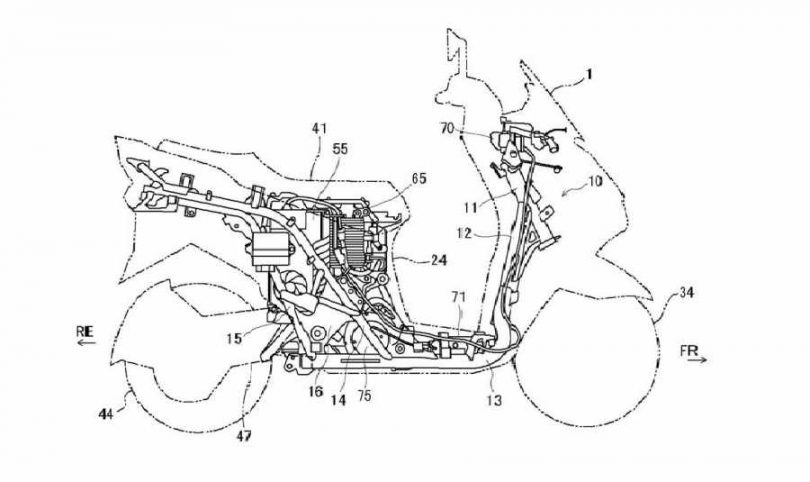 According to the patent design, the upcoming electric scooter will have a large battery pack underneath the seat. The battery is likely to use up all the luggage space. The patent design also reveals a pivot mounted motor and chain or belt drive. The electric scooter will also come with an air-cooled transformer with a cooling fan and an air-cooled controller unit. The battery pack also appears to be air-cooled, but Suzuki has employed an intake and exhaust fan system on the power unit to help achieve better thermodynamic efficiency.

Is it the Suzuki Burgman Street Electric?

One of the patent designs also shows a scooter similar to Burgman Street in the background art. The details on the powertrain specifications are not available at the moment. Speculations are that the new electric scooter could get an IP67-rated electric motor with the power output equivalent to a 110cc petrol scooter. The electric scooter is also likely to return a range of 100 km on a single charge.

Spyshots of the Suzuki Burgman Street electric scooter reveals that the bike will come with LED lighting, alloy wheels, disc brakes, Bluetooth-integrated instruments cluster, smartphone connectivity & turn-by-turn navigation, charging and battery levels etc. Although not visible in the patent designs, the spy shots of the Burgman Electric reveals twin shocks on the rear. Suzuki could have done this to enable the scooter to carry the extra load of the large battery.

Here is the link to the 2021 Suzuki Burgman electric scooter testing in India. 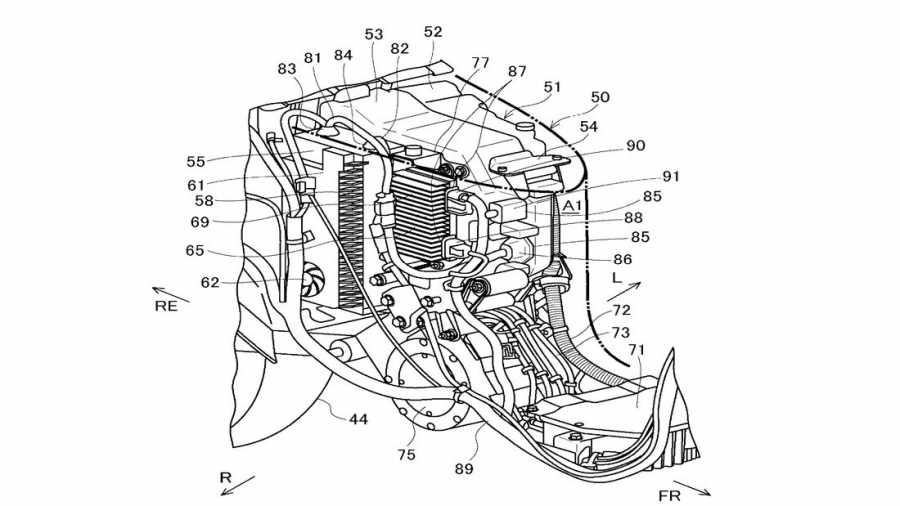