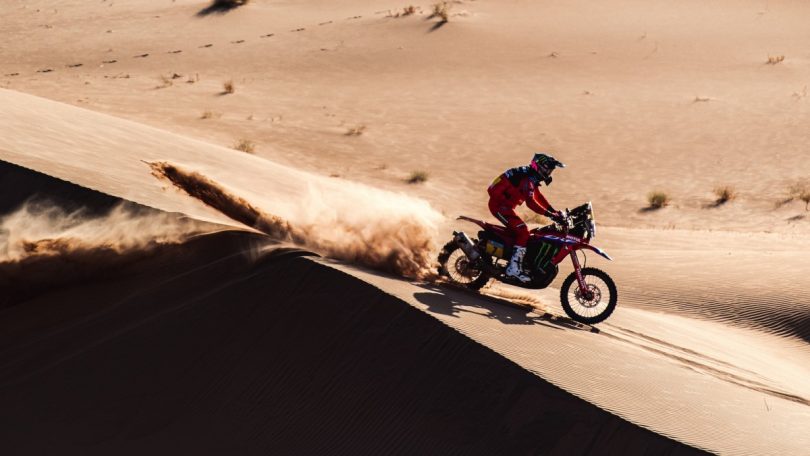 Performance during the Final Stage

The stage began with Pablo Quintanilla attempting to close the gap to Sam Sunderland, who was 6’52” ahead of him. Pablo Quintanilla then raced through the 150 Km timed special stage, which involved some tricky, fast-paced navigation. At the end of the stage, Quintanilla finished 3’27” behind Same Sunderland to secure an overall 2nd place in the standings. Meanwhile, Pablo Quintanilla’s teammates Joan Barreda, Ricky Brabec, and Jos Ignacio Cornejo finished the stage alongside the leaders.

Spanish team rider Joan Barreda finished in 4th during the final stage with an overall 5th in the overall standings. Barreda secured impressive results despite the broken collarbone injury from the previous week and losing 40 minutes on the first day. Meanwhile, team rider Ricky Brabec sadly finished 21st in the stage and secured an overall 7th in the standings. Brabec stated that despite the setback, they would return next year and put up a stronger performance at the Dakar.

Finally, team rider Jos Ignacio Cornejo secured a 3rd place finish whilst achieving 6th place in the overall standings. Despite the impressive results, Cornejo mentioned the lack of overall balance during the first stage of the race. The team congratulated their riders for their performance and mentioned the difficulties they faced during the 2022 Dakar Rally.

The four-man crew of the Monster Energy Honda Team placed themselves among the top 7 finishers and achieved 5 stage victories. Overall, the team secured 97 partial wins at the 2022 Dakar Rally and will move forward towards their next race. The Monster Energy Honda Team will now participate in the Abu Dhabi Desert Challenge from March 5th-10th, 2022. 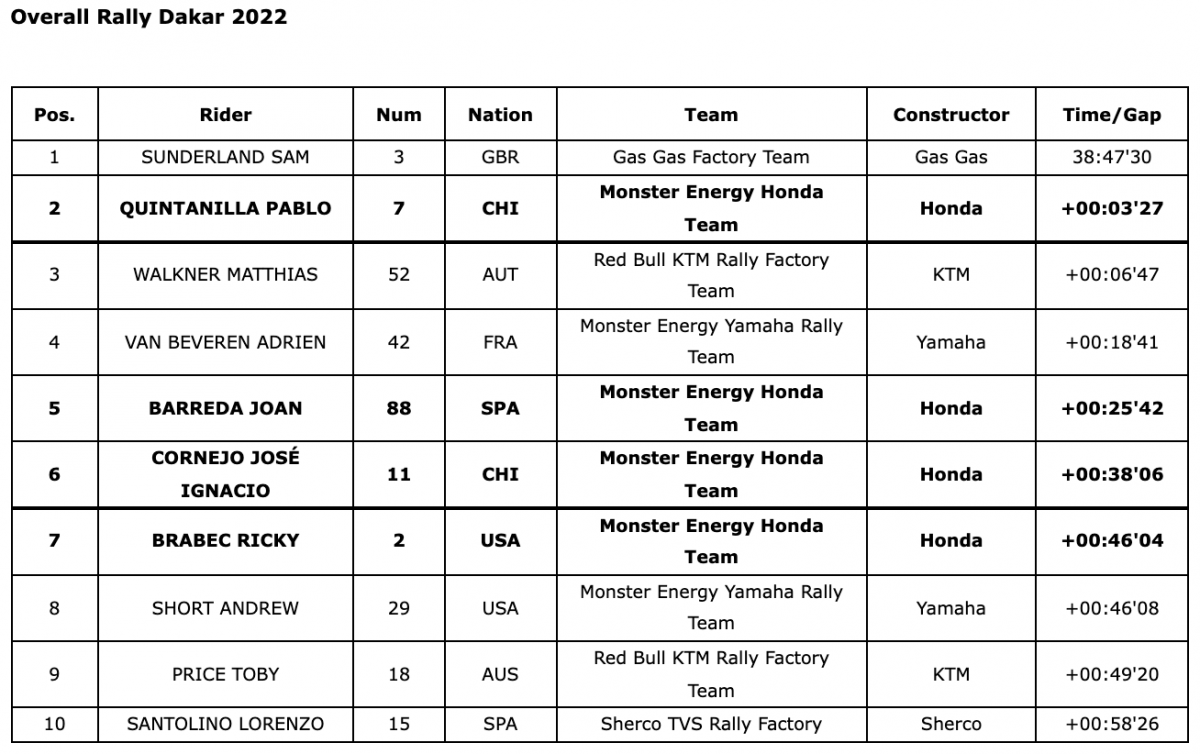 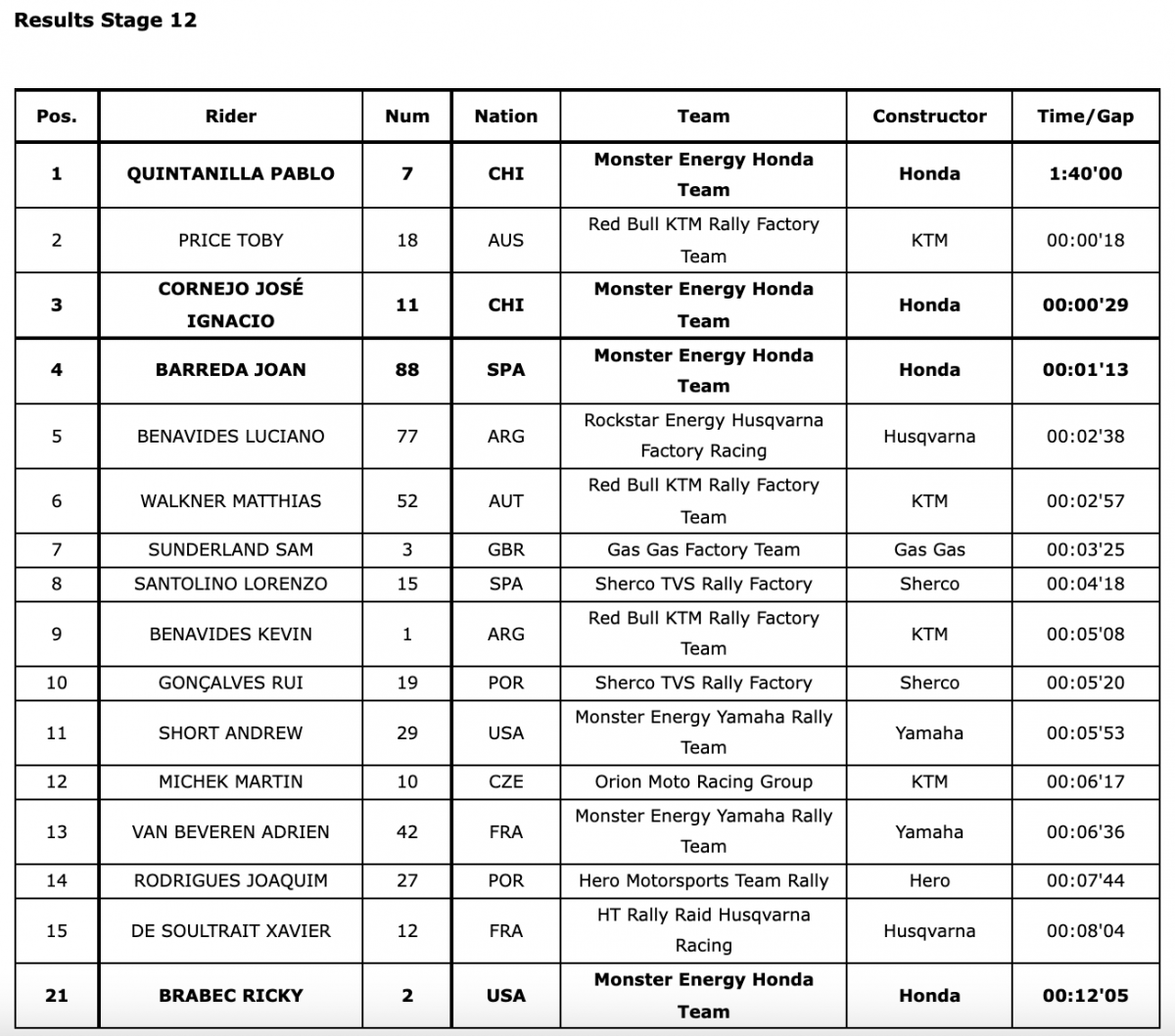