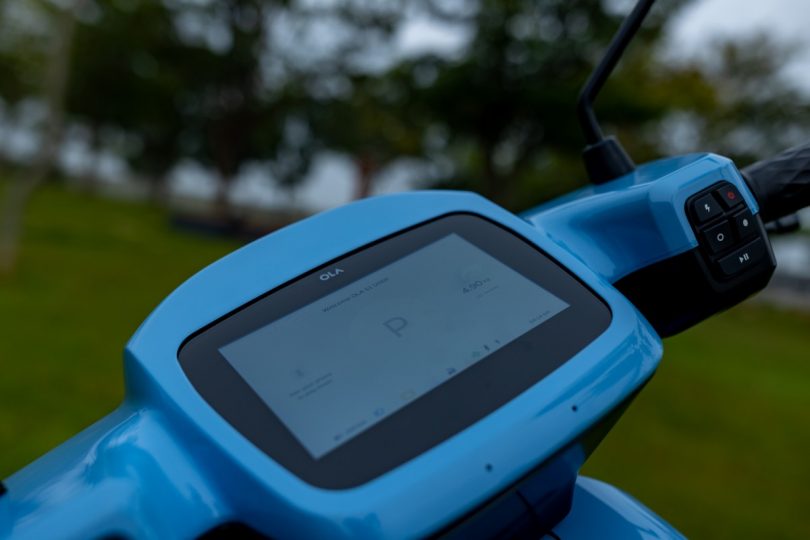 It has not been very long since Ola Electric released the MoveOS 2 for all of its customers. The Move OS2 brought many of the promised features for the electric scooter. However, not all of the promised features made the cut for Move OS2. There were still a number of them missing from the update. Ola Electric took its own sweet time rolling out Move OS2. However, owners of the electric scooter won’t have to wait so long for the next big update.

Ola’s CEO, Bhavish Aggarwal, recently tweeted a small teaser of what’s to come. Furthermore, he also revealed the timeline for the new update and what can we expect. The new software update will be the next version and will be called the MoveOS 3.

Ola Electric’s CEO revealed on Twitter that the new software update, MoveOS 3, will be coming to all the owners soon. This is unlike what the brand did with MoveOS 2. For the last update, Ola initially released the update in a phased manner and, after sorting all the bugs and niggles, released it to everyone. Ola also delayed the MoveOS 2 update multiple times.

In one of his tweets, Bhavish Aggarwal stated that the MoveOS 3 will be available for everyone on Diwali of 2022. The timeline sure is tight. However, he also mentioned how proud he was of the engineering team for delivering it at such speed. However, speed is not always a good thing, especially when it comes to software. This is because it needs to go through a lot of refinement and testing. If Ola decides to do pilot runs of the update before the launch, it won’t be long before we start seeing it roll out to a select few customers.

In the same tweet in which Bhavish Aggarwal mentioned the launch timeline, he also mentioned a host of features it will bring to the S1 Pro. These features include – Hill hold, moods, proximity unlock, regen v2, hypercharging, key sharing, calling and more.

Let’s start with hill hold. The feature will prevent the electric scooter from rolling back when on an incline. This will help users safely accelerate without worrying about rolling back.

Next up, we have the moods. These will likely be themes for the instrument cluster. The teaser video of the moods feature shows us vintage-style dials and the electric scooter using its speakers to mimic the sound of an old 2-stroke scooter.

The proximity unlock feature is similar to how cars have request sensors on their doors. However, since the S1 Pro does not get a key, it will detect when your phone is nearby and unlock the electric scooter.

Meanwhile, regen v2 will improve the regeneration braking’s characteristics. Ola could tweak it or could also offer adjustable regen levels. At this point, we are not sure.

The hypercharging feature will allow users to charge their electric scooters more quickly than before. To achieve the “hypercharging”, Ola will likely increase the allowed wattage of the charging.

The calling feature could get a digital keypad to dial a number or select a contact. The feature might also allow you to answer calls using the scooter’s speakers.

Last but not least, we have the key sharing feature. With this feature, the owner of the scooter will be able to allow other people to access the scooter temporarily or permanently from their phones.

MoveOS 3 launch for everyone on Diwali this year. If MoveOS 2 was exciting, wait till you experience MoveOS 3😍

Proud of Ola Engineering for executing worldclass tech at speed!

Testing out the Moods feature in MoveOS 3.

This one is for those who still have an ICE hangover! I’ll not take names 😄 pic.twitter.com/Z70eZpOcN8