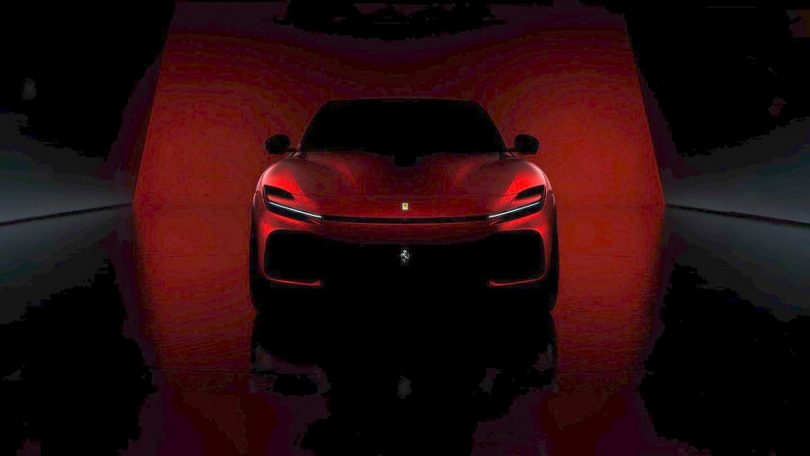 Ferrari has teased the new Purosangue SUV officially through the brand website and other social media channels. The teaser image does not reveal much but at least gives us a glimpse of the design language of the brand’s first SUV. The brand also reveals that more details will arrive shortly. Also, market speculation suggests that the Purosangue will make its debut later this year.

The Ferarri Purosangue has been likely conceived back in 2018 when the Prancing Horse brand mentioned the SUV in its future roadmap. Since then, there have been a lot of rumours and speculations. The Italian brand now reveals that some of the rumours of the Purosangue are true. However, the brand is still tight-lipped about any details. The Ferarri official website too only hints “stand by for a genuine game-changer” without further indulging in any details.

The company has also kept its development under wraps quite effectively. Even the spy shots of the development mule have been seen wearing Maserati Levente’s bodywork to confuse prying eyes. It is only recently, that a few images of the actual Purosangue emerged on the internet testing under heavy camouflage. Rumours are that the Purosangue will come with a front-mid engine architecture with a V6 mild-hybrid and V12 engine options, similar to the Ferarri 296 GTB. However, many questions still remain unanswered until the future.

According to the teaser, the Ferarri Purosangue will come with a smiling front fascia that draws inspiration from the Ferarri Icona Daytona SP3. The SUV gets sleek headlights and DRLs along with large air intakes flanking the front apron. The not so visible grill and the sloping and muscular bonnet both get the Prancing Horse logo. The teaser also reveals a butch yet squatted design on the front, a large glasshouse and a progressive roofline. On the inside, the Purosangue is likely to come with typical Ferarri styling. A multilayered dashboard, a sporty steering and digital instruments cluster. The brand is also likely to offer large touchscreen infotainment and a mix of sporty yet comfortable seating. 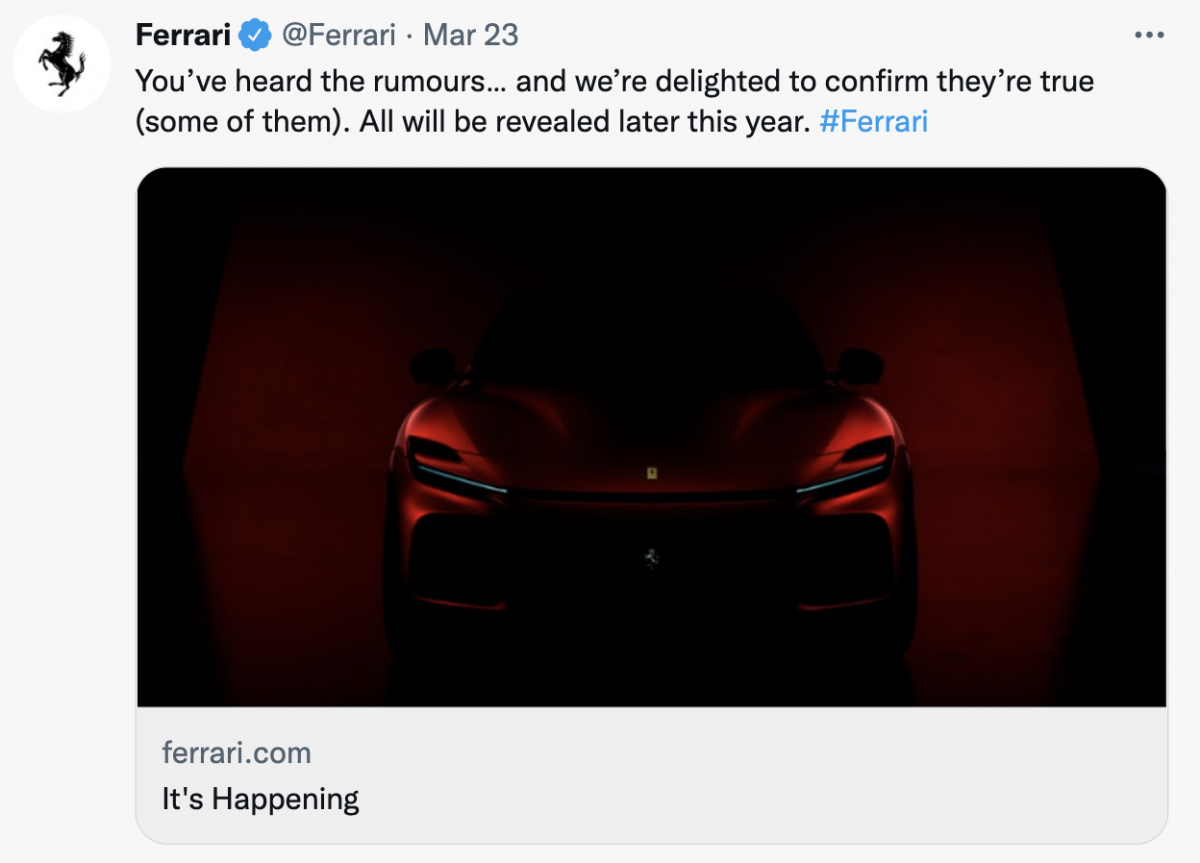