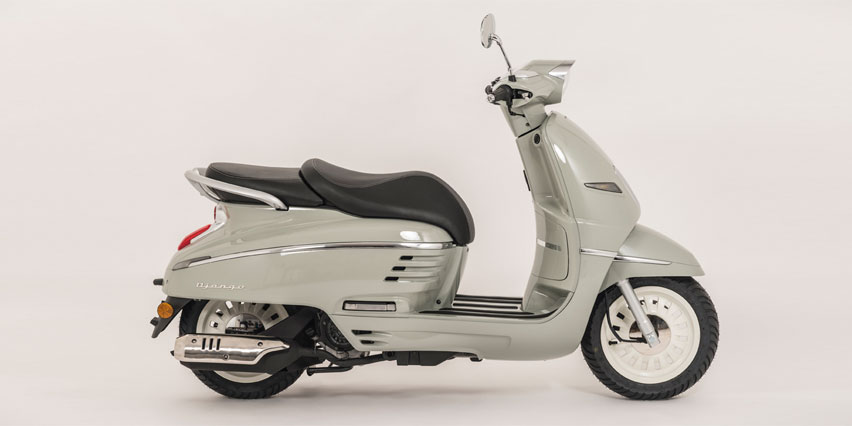 Mahindra Two Wheelers has officially announced that it will acquire a 51% controlling stake in French two-wheeler major, Peugeot Motorcycles. Mahindra has intentionally retained Peugeot with a 49% stake to allow the brand to function as is, and there will be no restructuring by Mahindra once this deal is completed in the next 2-3 months.

Peugeot has a long standing history in the motorcycle segment, with their first ever product built in 1898. As of 2013, the Peugeot sold 79,000 units from their 3,000 sales touchpoints globally. The company generates 99 Million Euro revenue from 60 countries via 540 dealers.

Peugeot has a wide range of scooters on sale with engine capacities starting as low as 50cc all the up to 400cc. Engines are either air-cooled or liquid-cooled based on the engine capacity. Most of the products currently on sale in Europe, cannot be brought down directly to India considering the price, which is demands a huge premium.

Mahindra has revealed, that the global strategy will be to tap the mass market with Mahindra scooters and premium markets with Peugeot scooters. There will be no cross-branding and both manufacturers will remain distinct identities even though on sale in the same market.

It is not decided which scooters would make it to India, however, there will be some clarity on this around the year end when Mahindra takes charge of the company.

At the moment, Mahindra has clearly denied to have any talks about getting the French auto-makers four-wheeler arm to the Indian sector. Although, Peugeot has been proactively trying to gain some foothold considering the rate at which the industry is growing this side of the world.