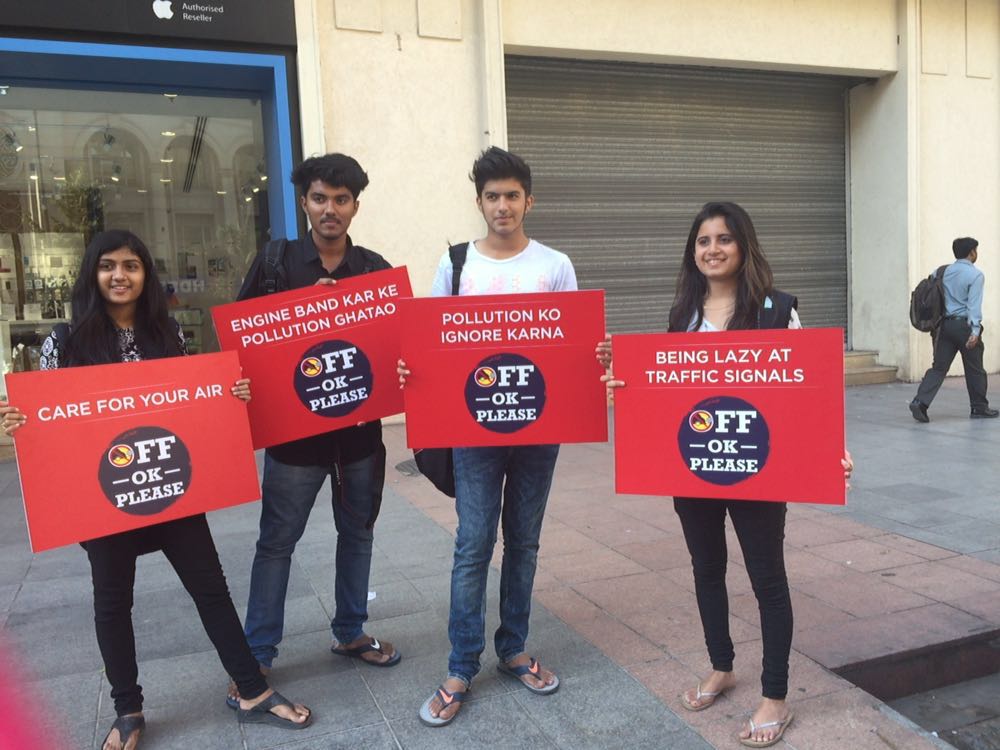 CredR, India’s most trusted online marketplace for pre-owned two wheelers, announced the launch of a national social initiative to combat rising air pollution. The campaign aptly titled ‘OFF OK PLEASE’, urges citizens to turn off the engines of their vehicles if their stoppage is for over 10 seconds. This small step has the power to reduce air pollution by 5-8 per cent. The initiative is currently rolled out across Mumbai, Delhi, Bengaluru, Hyderabad, Pune, Faridabad, Gurgaon and Ghaziabad.

CredR has tied up with municipal corporations, traffic police department, auto and taxi unions across these cities to make this initiative successful. Reputed startups have also joined hands to support this national emergency.

A dedicated webpage OffOkPlease.org has been launched to help patrons calculate the pollution caused due to idling of vehicles on traffic signals. Within three days of the launch of the page has crossed 5500+ pledges and is still counting. A great deal of awareness was also brought about by their digital campaigns on social media networks. Contests run on Dubsmash/ Twitter garnered significant engagement. The hashtag #OffOkPlease was seen trending at the second spot, India-wide. An embellishment to the campaign is the video, whichgarnered 300K organic views in just 36 hours. The social media engagement currently stands at 50000+ and is growing as we speak. On ground 3000+ rickshaws in Mumbai, Hyderabad and Pune have come forward to support the cause and to actively spread the message.

On an average, every car on the road idles for 18 minutes during a 60 minute drive time. Thus, one vehicle can save close to 100 litres of fuel and reduce carbon emissions by close to 106kg annually. Five top cities in India – Mumbai, Delhi, Pune, Hyderabad and Bangalore have 2.26 crores vehicles on its roads causing huge amount of vehicular pollution.